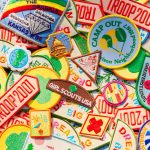 Girl Scouts of the USA by Collins

Not just a patch, but a full patchwork.

Collins has injected ‘fashun darling’ into a club that has collected aesthetic cobwebs over the past few decades. The Girl Scouts of the USA has finally been ripped from old-world rigidity into a brand with whimsey. A reset for now, and a lifestyle brand for tomorrow.

Scouts is the sort of extra-curricular organisation that screams ‘the youth are the future’, and rightly so. It’s been entertaining to see culture and counter-culture swing on the pendulum between ‘it’s cool not to care’ and ‘it’s cool to care’. I’m glad we’re currently at the latter with heroic brands being crafted for cultural institutions that promise to positively contribute to futures; individual, collective and environmental. 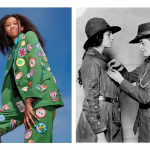 Two things that stand out about a youth audience at the moment are that they are increasingly non-binary and that they want to self-curate. This project kills both of those birds with one design system. Giving girls the tools and spaces to be who they want to be.

That can bring us to the question of the role of clubs, brands and belief systems more broadly.

As religious congregations shrink, we’re left with the guise of capitalism as our organising body. But, ultimately, it’s the brands that have been establishing belief systems for those who have interest, access and/or can afford it.

Clubs are a special breed of unadulterated community. As a brand enters this space it has the same challenge and opportunity: to speak to our innate desire to express our individuality while satisfying our deep social need to belong.

A friend who is a cultural architect does an exercise with his clients and their staff called ‘Me, Us, Now’. It is intended to empower the individual by understanding their personal roles and goals, tie them into their team through empathy and shared interests, and then unite them behind a singular mission.

Beyond team building, I image the project objectives for both Collins and The Girl Scouts were pulling the organisation into the 21st century, appealing to the new Gen Z and following generations, and to give like-minded, but diverse young women a symbol of empowerment.

Crests have been a symbol of that sort of empowerment since the Middle Ages. And the Scouts’ heritage Trefoil symbol seems an obvious, but fitting answer. An authentic homage to its inception with a visual through-line from then to now.

Another aspect of heritage includes the Girl Scouts mission statement ‘prepare girls to meet the world with courage, confidence and character’.  Personality-wise, you can see how the three personality traits come together in TOV, speaking in a self-assured tone that can be mirrored and modelled by the young recruits themselves. 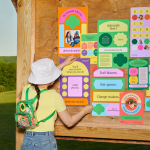 With design strategy you must be conceptually rich, but surprisingly singular.

A good way to describe something as complex as expressing the vast potential in each girl could be described as a ‘not a patch, but a patchwork of her spirit’.

Systematically they’ve leveraged neutral space where people can inject themselves, but really magnified the enchantment of patches. A design phenomenon coming up through Virgil Abloh’s Off White. And, specifically in the form of patches adopted by other fashion brands like Patta and Aimé Leon Dore. In this instance the patchwork gives girls the ability to choose and earn badges, while repping them in their own personal way (a good analogy for being more than a patch, but a rich patchwork of human depth). 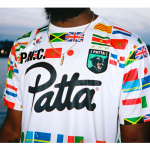 Apparel-wise they’ve gone private-school-uniform-meets-Bottega-Veneta-meets-OshHoshB’gosh. Designing outside of the lines into lux-looking apparel. With modern cuts and silk scarves. And, embroidery has a craft to it. It’s nice to see this level of texture translate into what’s being made.

This is a new way for girls to ‘wear their hearts on their sleeves’.

The artist collaborations are lovely, but I wonder if they are a little tokenistic – yet to see them contribute to or live somewhere significant.

Ultimately, all future-aware brands are trying to create a club, community or fan-base – whatever you want to call it. What is apparent time again is that regardless of industry, if the strategy is club-first, it’s easier to sell. If you sell-first, you’re late to the club. Brands who aren’t aiming to be clubs are behind the curb. 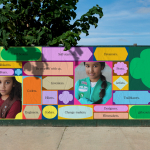 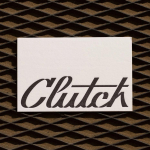 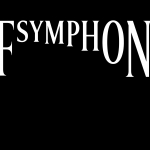