The logotype is simple in its resolution and clear in its communicative agenda, generously spacing the uppercase sans-serif characters of Platform and utilising a backwards facing F—drawing the unconventional from the conventional—to convey, in a fairly straightforward and elemental manner, what Dot Dash describe as the “quirky nature and eclectic programming of the festival”.

The contrast of small and oversized typography, heavy borders and limited inks in print, effectively mix period references, current trends and make good use of the logotype’s flipped characters—through a projection-like device—to frame and shine a light on the logo. This device, alongside green tinted photography set as horizontal cells and newsprint, add a more distinctive and proprietary quality to the familiarity and small twist on the type. 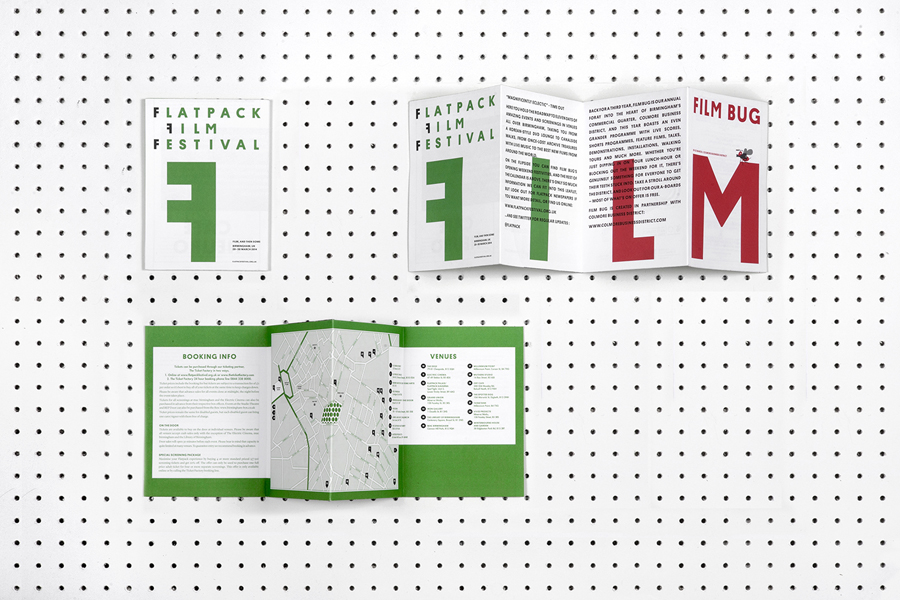 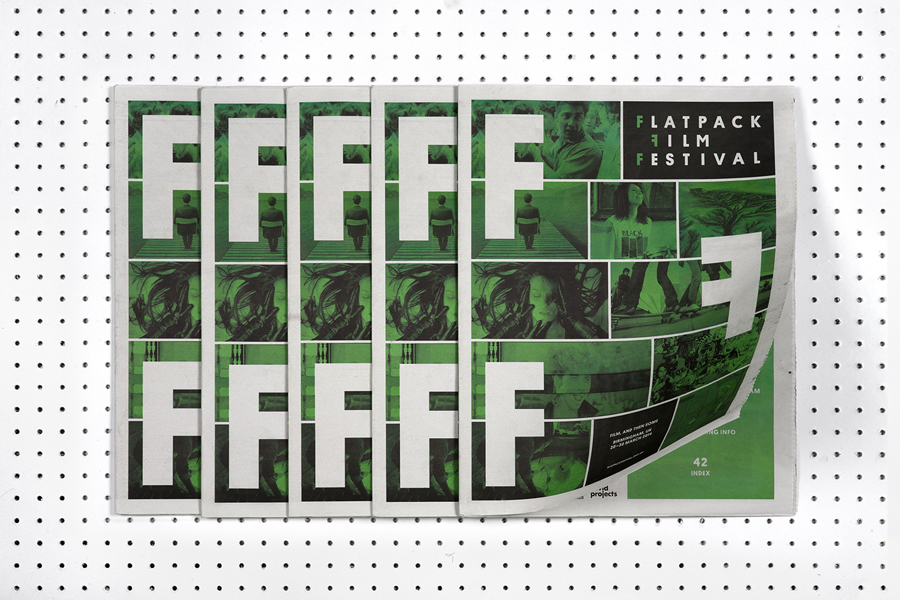 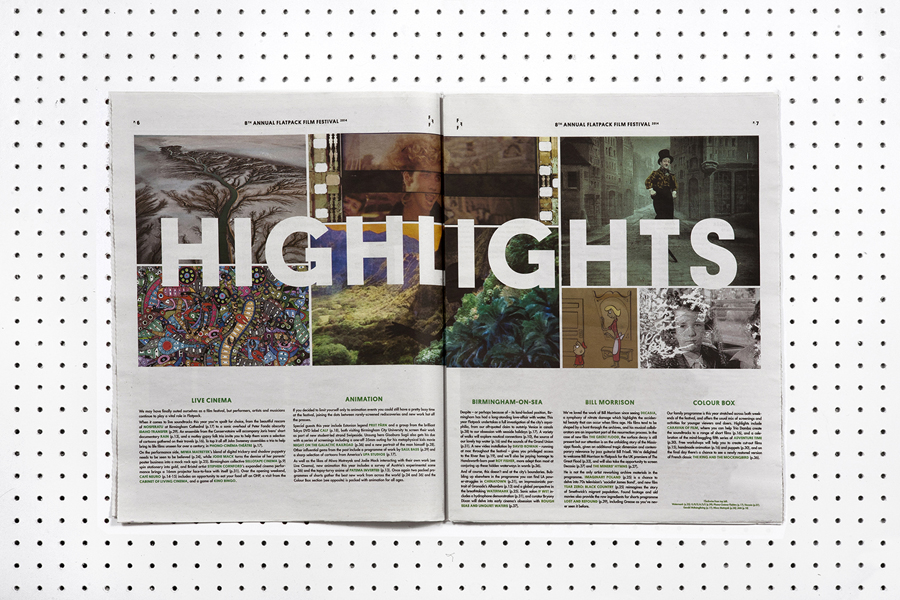 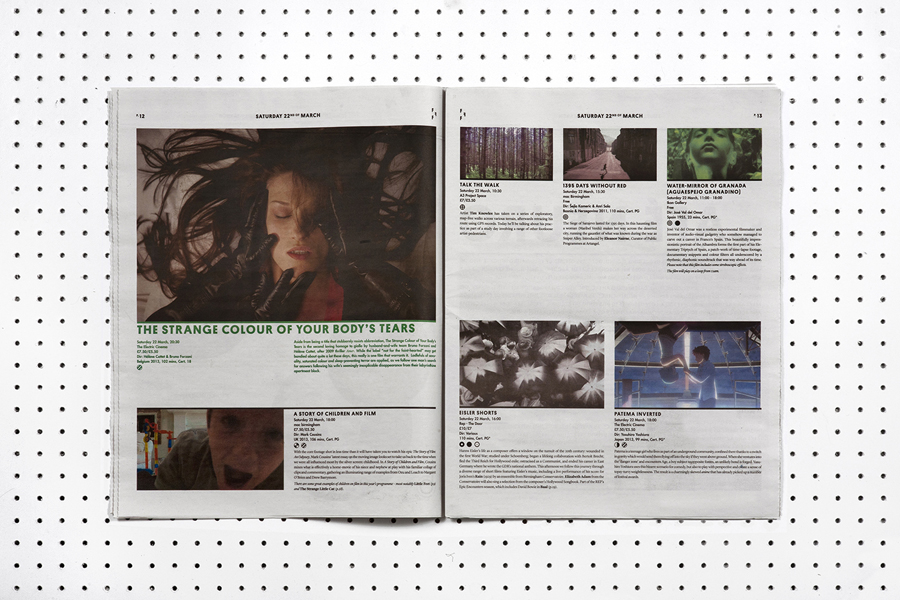 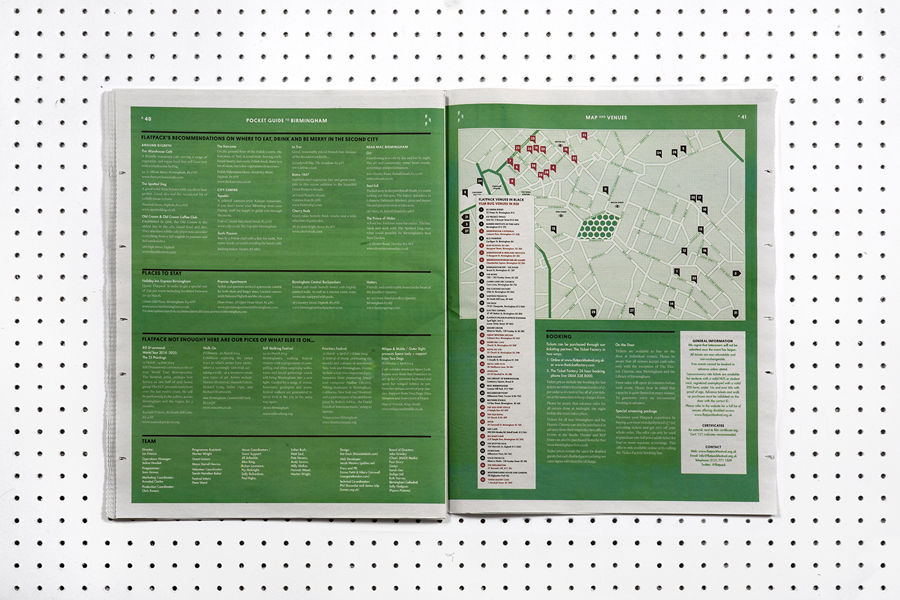