Mies In London by OK-RM

Mies In London is a project by Real Foundation that seeks to document modernist architect Mies van der Rohe’s only design for the United Kingdom, Mansion House Square; a bronze tower and grand plaza located at the heart of London opposite the bank of England and commissioned in 1962 by Lord Peter Palumbo. Following a long struggle with Royal and political concerns, as well as an increasing disfavour for modernism within the public consciousness, the project was halted by an inquiry in 1984 with many of the details and artefacts lost to time.

Through careful research and collaboration with RIBA, the CCA and Drawing Matter over three years, editor Jack London and co-editor Yulia Rudenko have brought to light the inside and out of Mansion House Square as envisioned by Mies. The project is an interesting and ambitious example of Gesamtkunstwerk / Total Project. This is expressed by Real Foundation in their own practice and material response through a combination of book and objects; an ashtray and door handle. The book, designed by OK-RM, chronicles and presents the grand architectural gesture and philosophy for the site using the arrangement of content; documents and images with extended captions as a narrative tool.

This article, in a break from convention and with a desire to experiment editorially, has two interwoven parts; the familiar format looks at the micro (the graphic and the material), while inset italics explores the more meta. These can be read independently or sequentially. 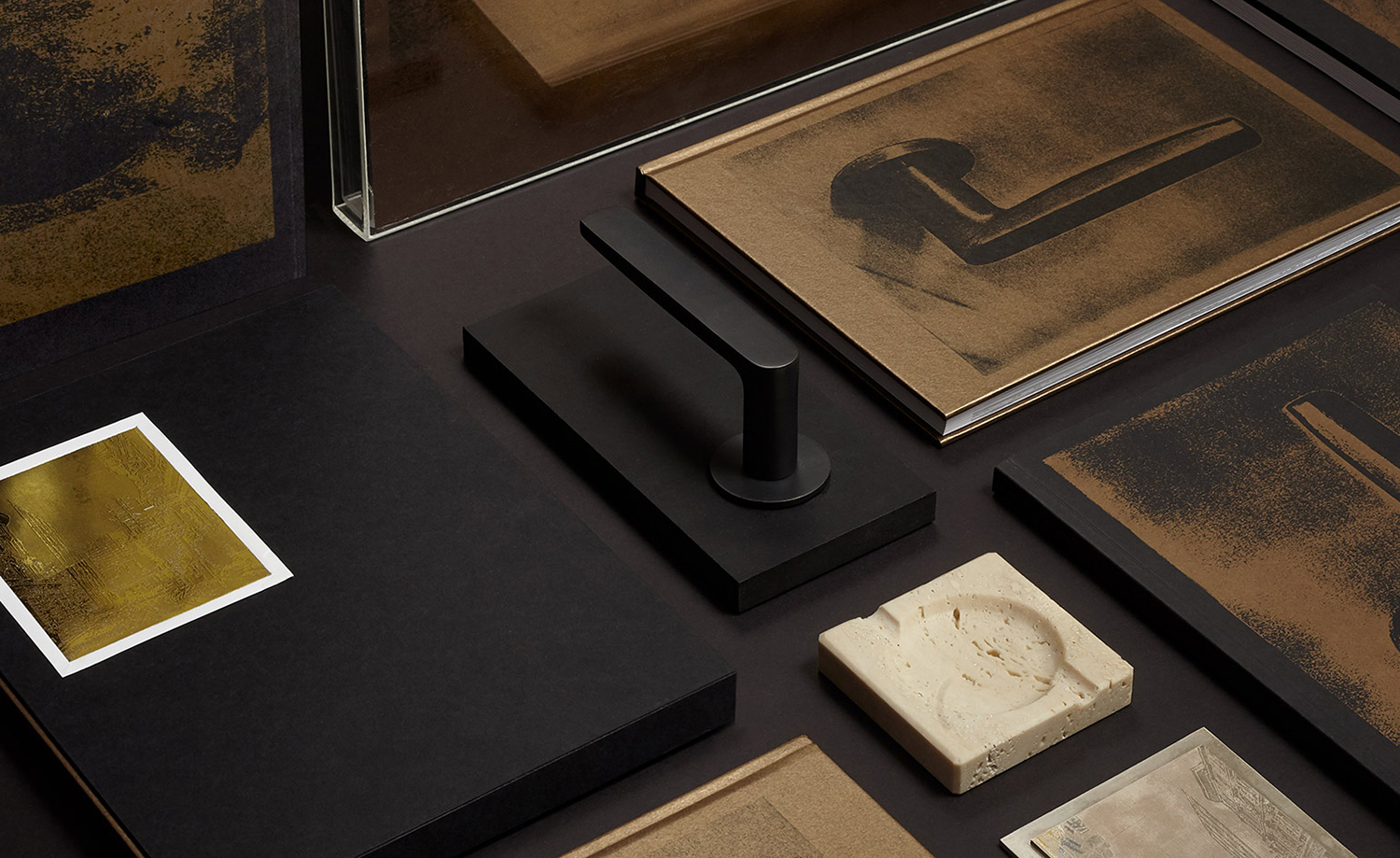 As a live project at the time of Mies’ death, the artefacts of Mansion House Square escaped the archival process and subsequent commercial restrictions employed by the current custodian of Mies van der Rohe materials, MoMa. As such, the book features 160 pages of unseen images, plans, models and communique, and is a rare document on a singular piece of architecture by one architect. In its content, it mythologises as much as it demystifies. 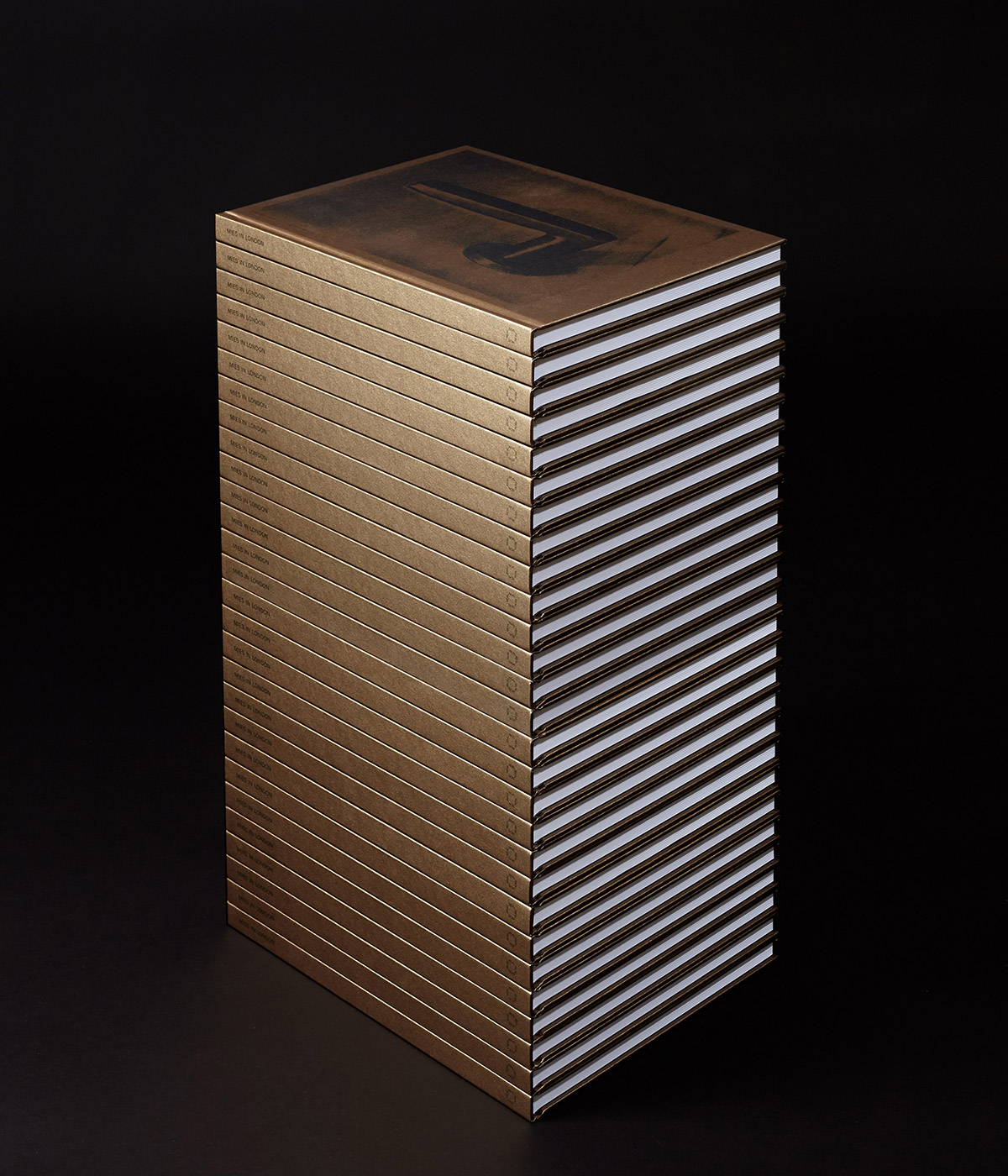 OK-RM worked with the book’s editors to bring the recovered and restored archival materials together into singular bound object. Much of the collated print artefacts are facsimiles of original documents that have been lost to time. These were products of the inquiry halted in 1984, subsequently filed away. These are paired with images of models, created after Mies’ death, and some very early mock-ups by Mies himself.

Mies In London is a curious project. As much as it presents documents of the time; products of the inquiry, as facsimiles, in their cleaning up, collation and presentation it is still very much a narrative exercise; a series of curatorial choices filtered through the lenses of two editors to tell a specific and engaging story, a total project with a beginning and an end but not an architectural outcome. In the extent of the project and associated materials (intact, damaged and lost, curated or discarded), this is a subjective presentation, the editor’s hand exists equally within what has been removed as much as what has been included.

The layers of dust, dirt and stains are reduced or polished out of existence. The distortions, discolouration and degradation of time and carelessness, evidence of context (a utility rather than preciousness revealed in a coffee stain) is tempered, mediated and aestheticised to build and present a product of visual appeal, conceptual intrigue and an attempt to formalise chronology.

The process of duplication and archival of original documentation for the inquiry (the immediacy and indiscriminate nature of the photocopier) is transformed, presented with great care and thought. Within this a tension forms. The cover, in its obvious degradation and Xerox interpretation, employs a visual language of authenticity and immediacy yet belies its further reconfiguration and digital intervention for the book, and the elevation of archival documents (of a public inquiry) and a modernist foundation into a limited edition, high-value, high-price object for the few. There is also something somewhat provocative in the upward pointing doorhandle.

Graphically and materially there a couple of neat ideas at play inside, out and beyond. Extended captions feel distinct and esoteric, sharing something in common with the formal documents collated. The index is beautifully laid out in the spirit of architectural journals, with a strong feeling for positive and negative space, structure, flow and type as form. Outside, the bronze ink stands in for the proposed bronze surfaces with the weight and volume of the book sharing an architectural robustness and, by extension, a sense of credibility.

Full bleed images and very tight margins, the limited run of the book, alongside reproductions of some of the physical interior details, together take on the qualities of a small curated exhibition, rather than that of a conventional book. It speaks of recovery and restoration, these visually and materially create the impression of immediacy, a close proximity to the architect and architectural intention, that they seeks to offer an 0bjective view, free from the imposition of authorship, instead a product of editors.

The objects that accompany the book lend the project a curious layer and express mixed intentions. The door handle, both available as an architectural detail and as a rather odd paperweight juxtaposes a desire to see some of Mies’ vision intersect modern architectural spaces and serve as a singular materialisation of the Total Project; inside and out, and the intersection of human action and architecture, but also a commercial endeavour. The ashtray, much like the door handle, blends material beauty with the theme of facsimile. Yet it goes further, capturing the extent of Mies’ material sensitivities, and perhaps more interestingly, is infused with a temporal quality, a marker in time, a reflection of the project’s eventual political impositions and socio-cultural change, a disfavour by a Royal, a public disfavour for the modernist, and smoking legislation today.

The book stands out not just for its materiality, graphic design and well-intentioned archival endeavour; the force of will to research, restore and present such a large project with second-hand materials, but also the potential for the book to pose a larger question to institutions such as MoMa about ownership and authorship, cultural shifts and criticism of lauded figures, and the dialogue that can exist between different commercial outcomes and research programs. 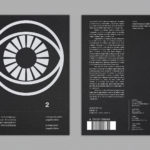 85 Spring Street by Studio Ongarato
Next
Get once weekly updates