The Slanted Door by Manual 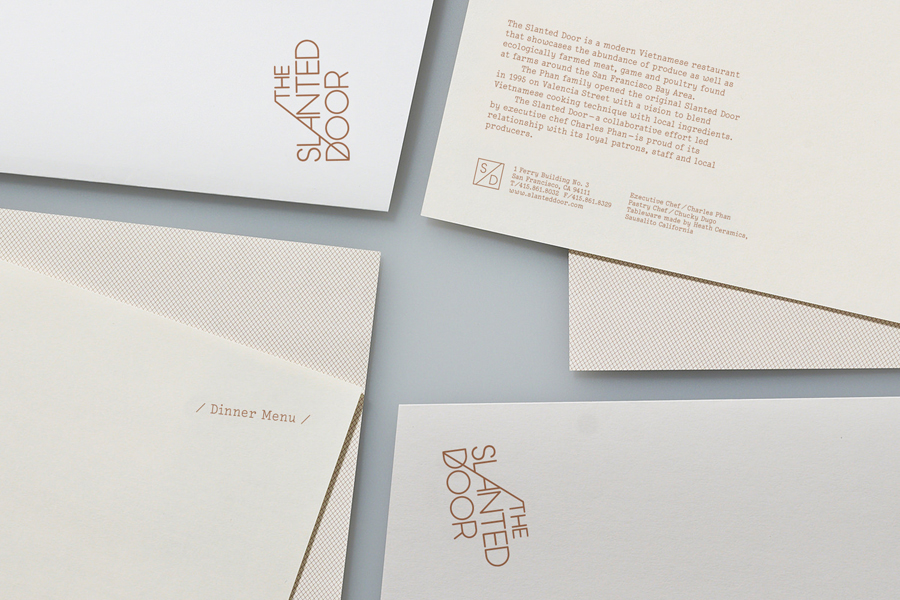 “Manual worked closely with the Phan family to identify the values and personality traits of the restaurant, before undertaking a redesign of the identity. We developed a logo and associated visual language that was as modern and sophisticated as the restaurant’s food. The resulting mark references the ‘slanted’ aspect of the name and utilizes a single line to bring a distinct and memorable element to the identity. With family being a core value of the Slanted Door group, this unifying line also conveys the notion of connection.”

“The identity is applied in copper ink and foil across a muted, sophisticated color palette. All paper menus fold at an angle, providing a simple, unusual touch.” – Manual 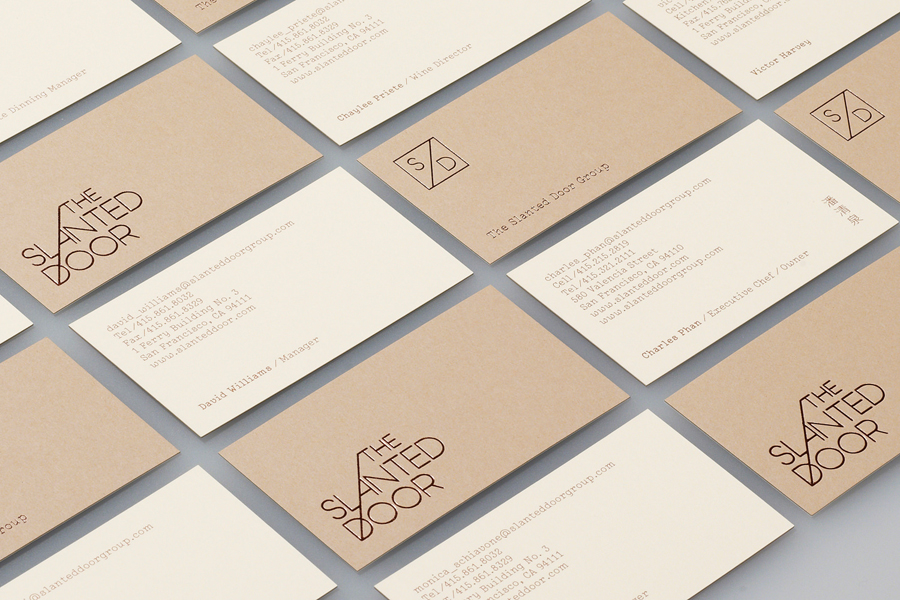 The logotype’s consistent line weight and rounded terminals have a very modern simplicity with a measured three-line structure that feels considered and well-balanced, ideal for a brand based on research and reinterpretation of simple but authentic recipes. The diagonal ligature (and subsequent intersections) delivers an abstract and artistic edge that integrates the three lines of type neatly resolving the brand’s approach to food and the broader theme of connections and convergence. This detail is extended and reinforced across the collaterals as an unconventional fold and is neatly utilised to reveal a little more of the complex and patterned interior design of the menus. The nautical flag reference within the monogram is subtle but adds additional depth and builds on the abstract references of the logo-type. For me it also has an interesting union of shield and seal like aesthetics that introduces a sense of quite confidence and quality.

The simple two-tone colour palette has a straightforward, open and honest aesthetic that is reinforced by a mixture of tactile, textile and uncoated substrates that ties it to the multisensory experience of eating. A copper block foil treatment juxtaposes the natural tones and materials and appropriately introduces an aspect of high quality without appearing flashy or disingenuous. 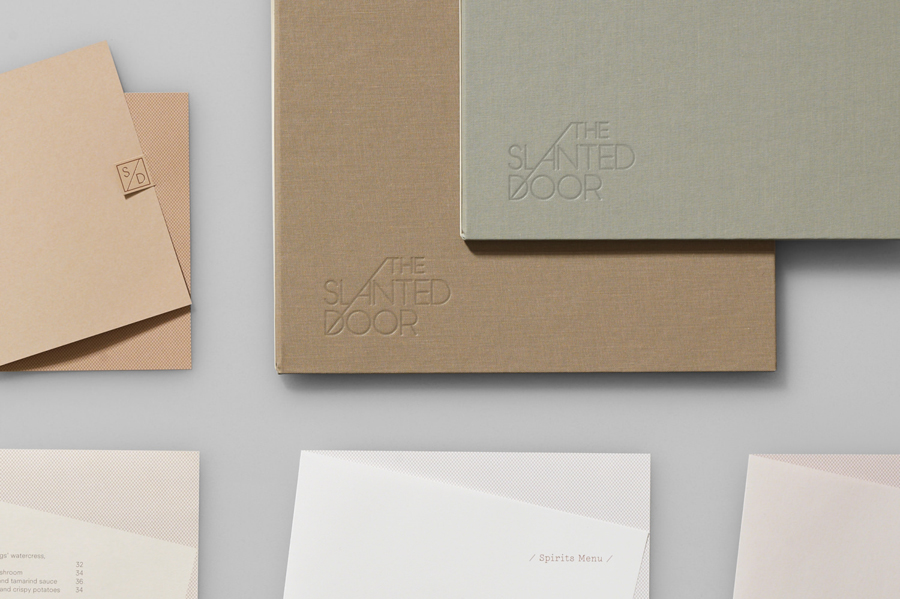 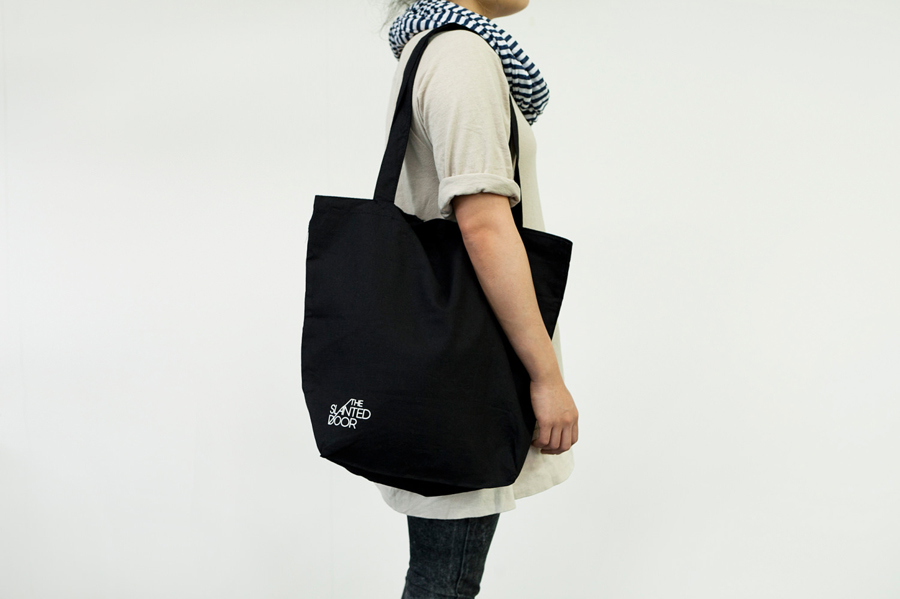 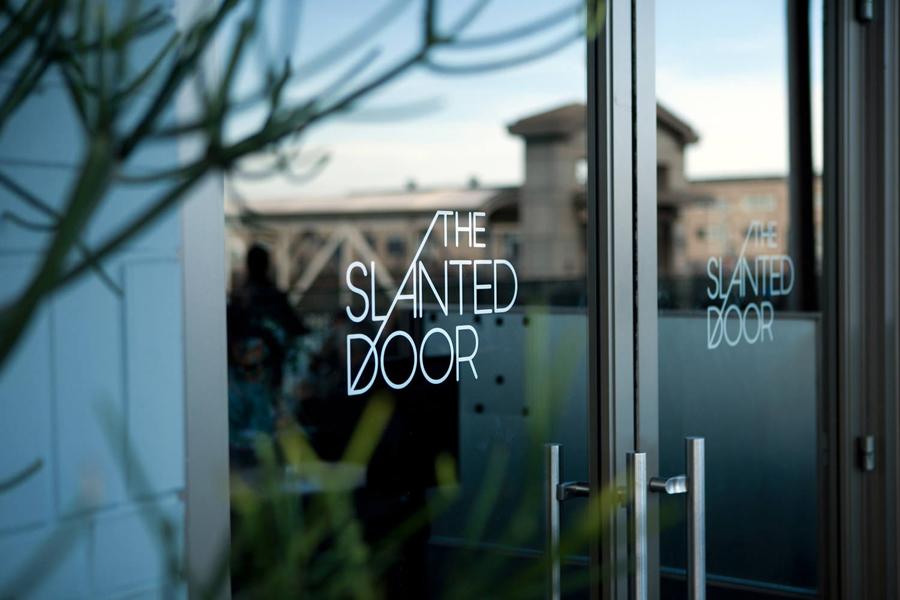 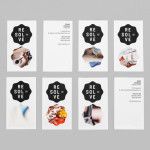 Smets by Coast
Next
Get once weekly updates