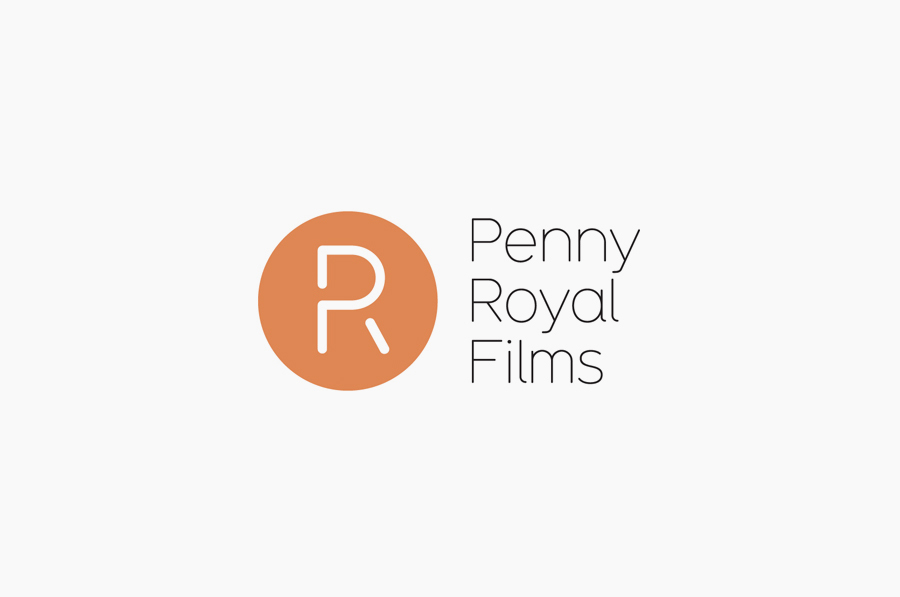 “Penny Royal Films invited us to spend time creating an identity heralding them as the leading production house for high-end film making. Inspired from the humble penny piece we created a priceless monogram logo in copper foil which appeared at the same size as a penny coin across all applications including business cards, stationery, showreel packaging, marketing announcements and online at www.pennyroyal.tv“ 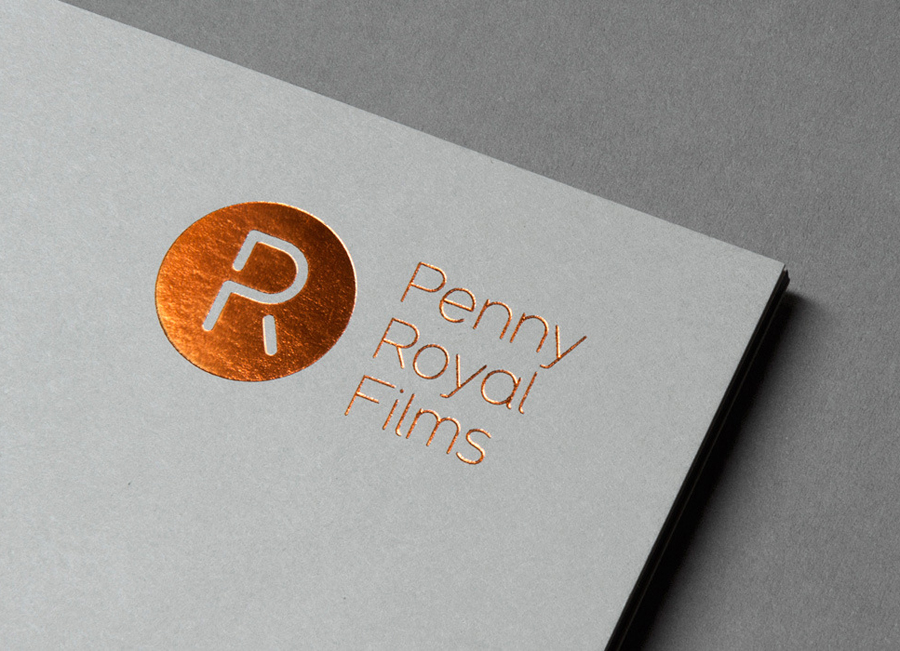 The single line weight, stencil cut elements and rounded terminals of the monogram have a neat utilitarian but contemporary sensibility that effortlessly resolves the PR letter-forms and suitably conveys a sense of practicality, individuality and creativity. A lighter, well spaced and vertically stacked sans-serif logo-type introduces a welcome contrast and finer detail to the heavy fill and comparatively larger proportions of the monogram. A copper foil treatment across the collaterals, as well as drawing reference from a freshly minted one penny piece, delivers a warmth, richness and classic aesthetic (emphasised by the edging detail of the business cards) that appears distinctive and exclusive whilst avoiding appearing flashy or superfluous alongside the functionality of the monogram through its single colour application. 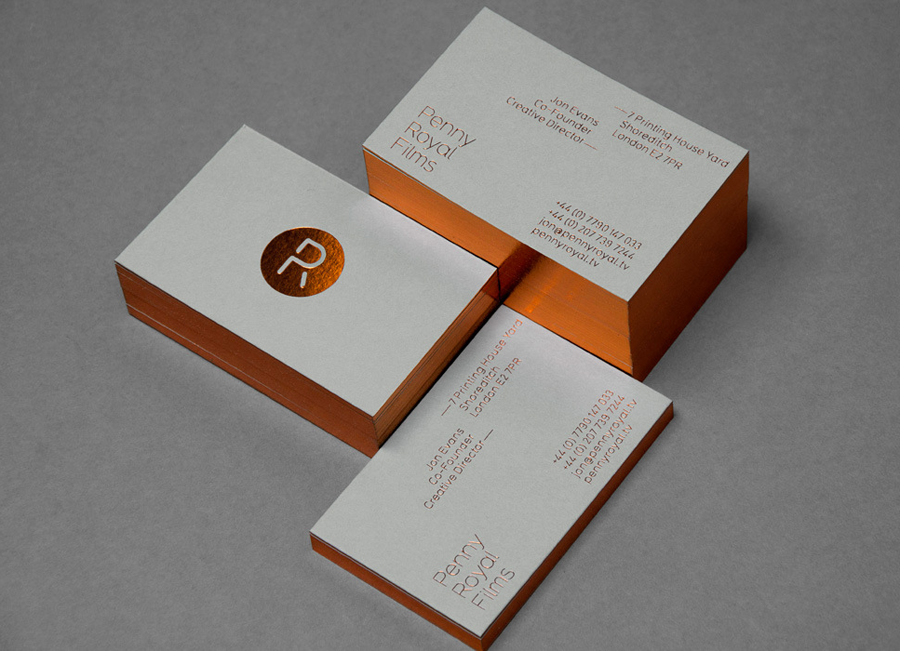 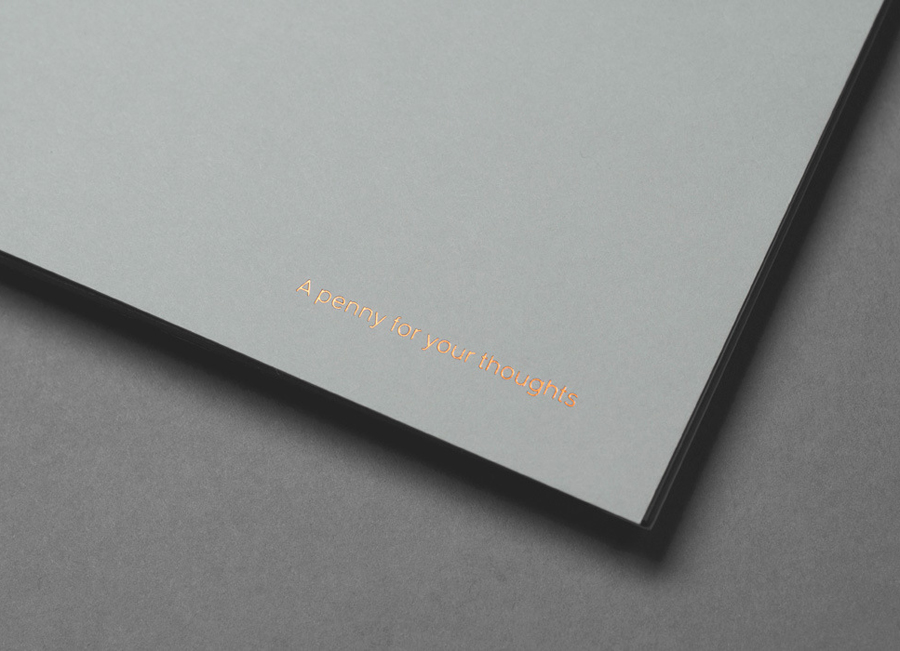 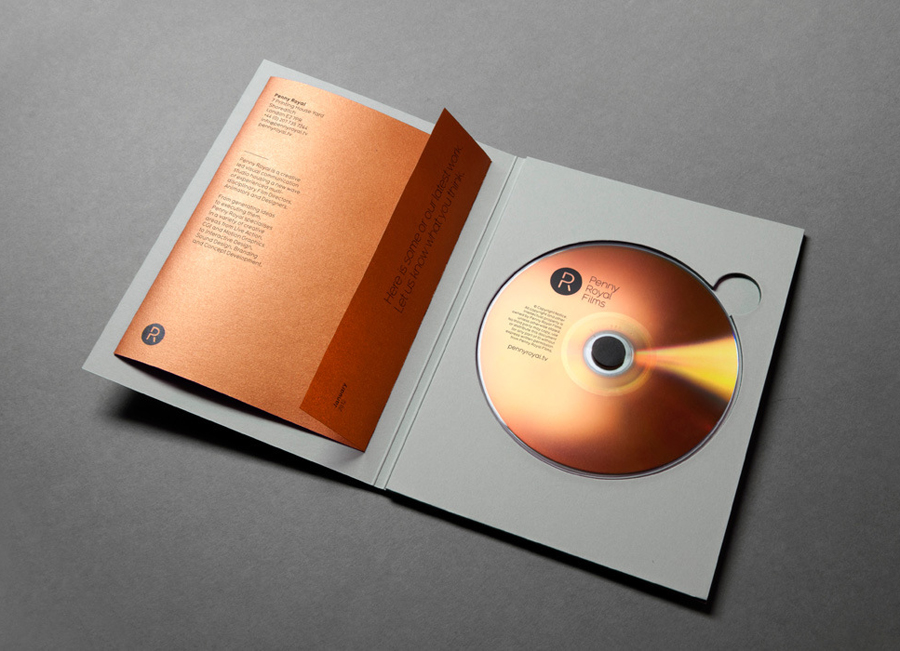 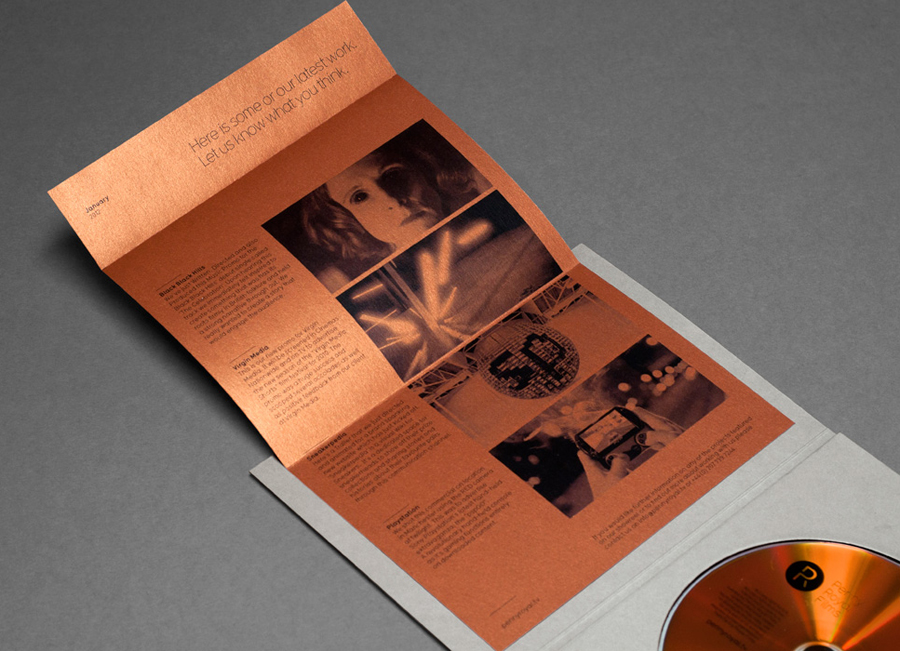 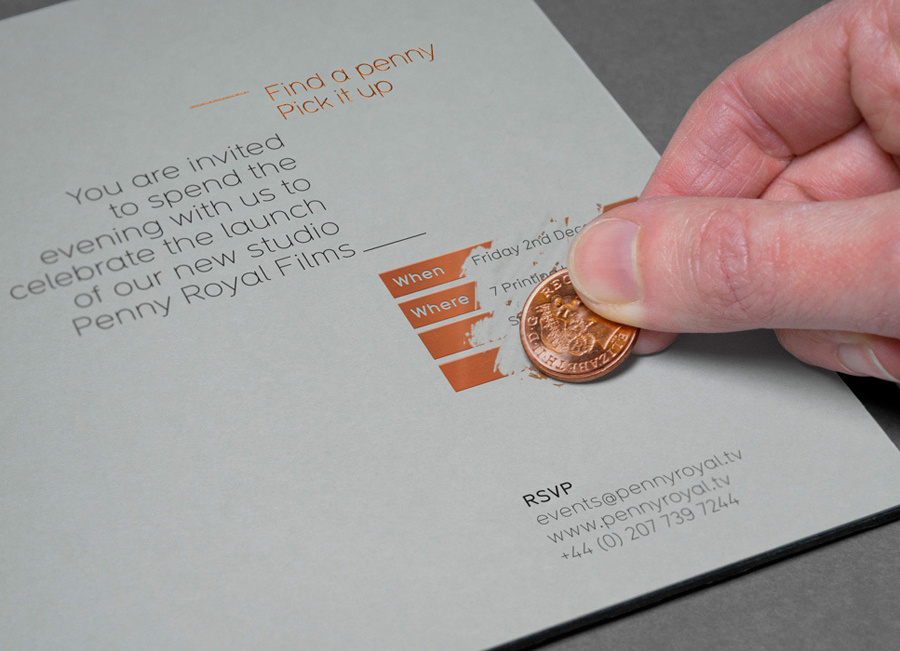