Mr Big Stuff by Can I Play

Mr Big Stuff is a Melbourne-based Southern American soul food restaurant and cocktail bar with a unique and distinctive interior designed by Technē Architecture and influenced by the music and film culture of the 1970’s and 80’s. The restaurant features an exposed concrete floor, timber and acoustic foam walls, neon signage and utilitarian furniture, as well as interior graphics and a brand identity treatment by design studio Can I Play. This treatment extended across menus, coasters, merchandise, posters and business cards. 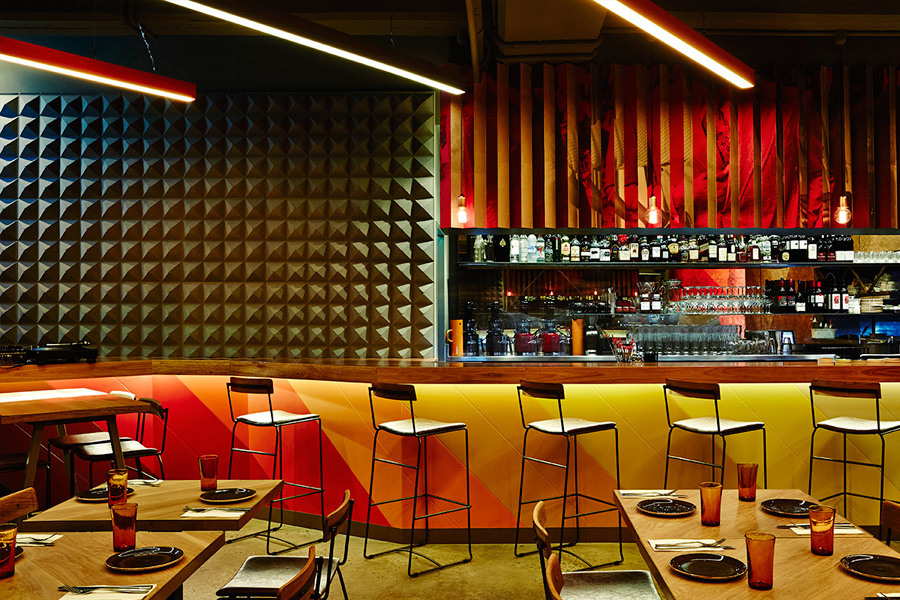 Can I Play’s identity, which included logo design, coasters, menus and interior graphics, is founded on the bold appropriation of current and retro iconography drawn from brands such as Pringles, MTV, Pepsi and Oakland Raiders. Each is given a well rendered and playful twist, effortlessly working in the Big Stuff name and effectively leveraging a contrast of illustrative and typographic style. It is not an uncommon approach, yet one not often as extensive, securing distinction from ubiquity and familiarity, modern quirk from a diverse mix of retrospective sources and conveying a slightly irreverent personality tempered by a very neat and unique interior.

The logotype’s use of perspective and weighty serif characters neatly draws on the posters of the past and the first round of 3D films in a subtle and simple fashion while fabric menu covers with a thick ink print treatment, uncoated boards and an embossed leather wallet complements an interior of unusual and high quality material detail. 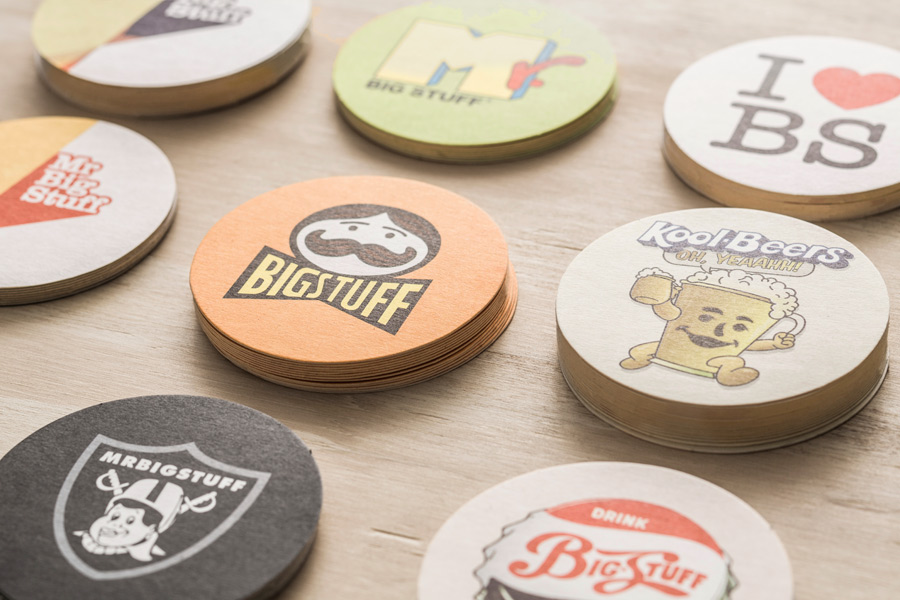 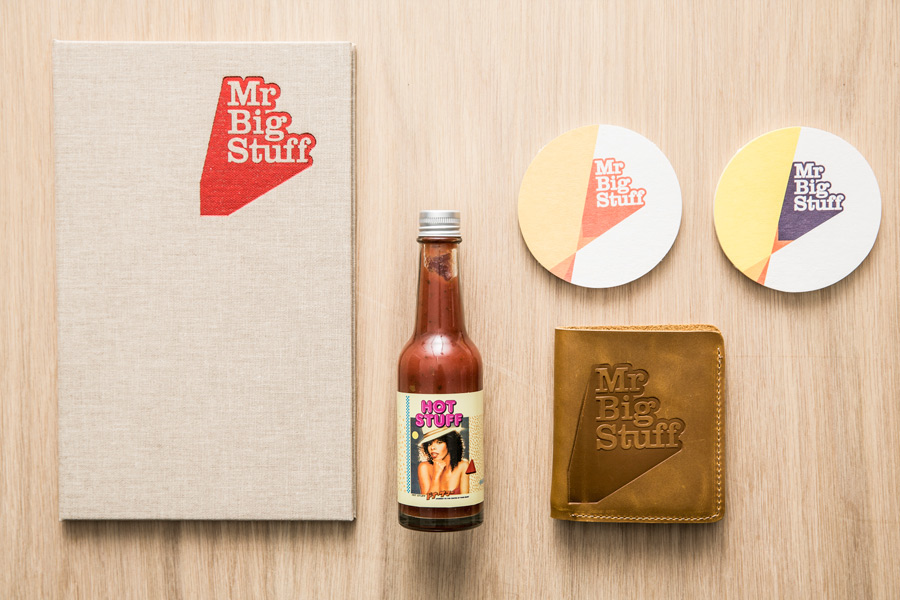 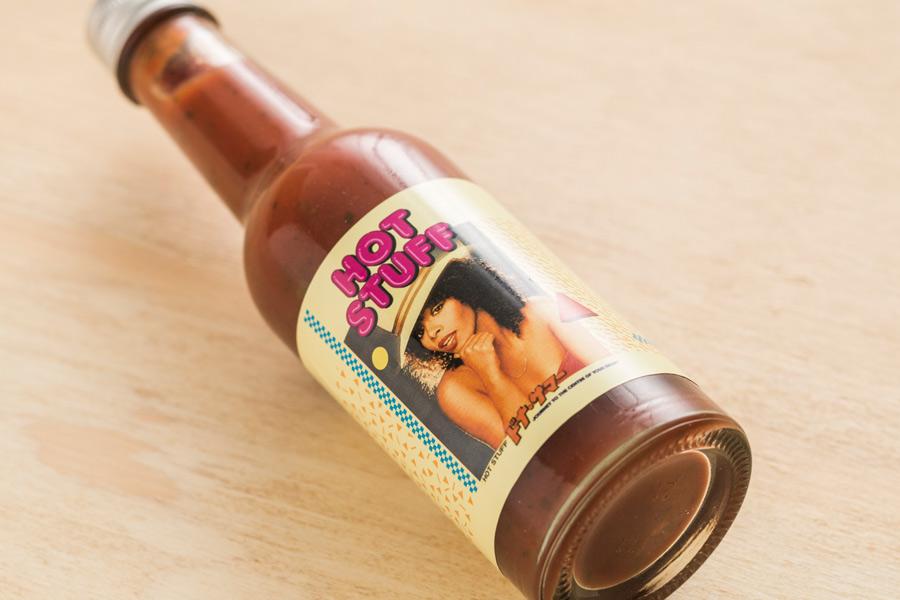 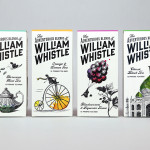 The Adventurous Blends of William Whistle by Horse
Previous 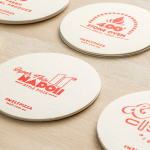 Melt by Can I Play
Next
Get once weekly updates