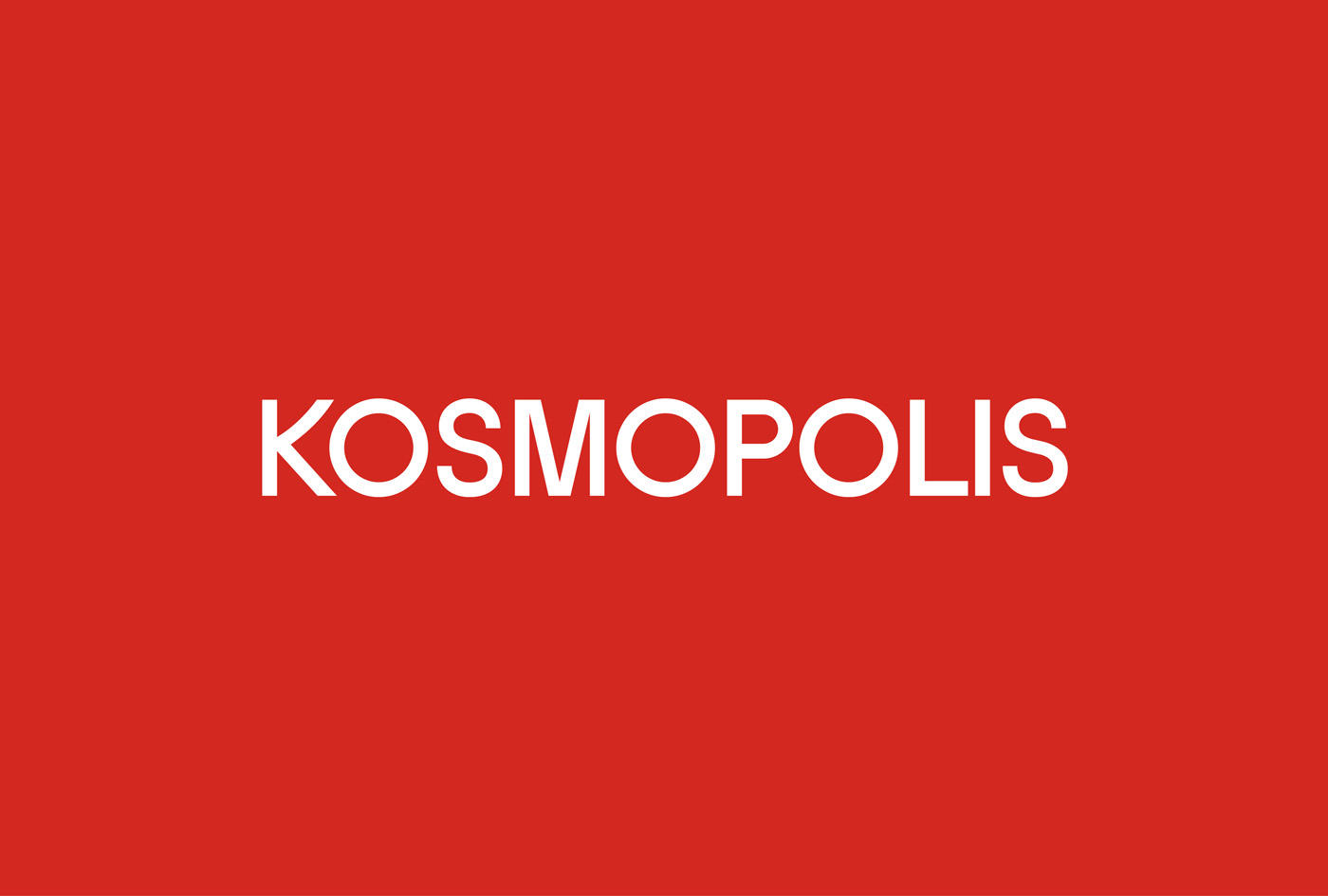 Kosmopolis is a five day literature festival that takes place in Barcelona every two years, but also has a programme of ongoing events in between. The festival, since 2002, has been organized by the exhibition and arts centre Centre de Cultura Contemporània de Barcelona, and intends to promote literature in its many different forms. It does this through a series of talks and workshops. And by inviting professionals across a variety of fields; from poets, librarians and actors to comic-book artists, filmmakers and musicians, to discuss the key issues that concern the evolving nature of literature and present-day communications at large.

The centre recently worked with Spanish design studio Hey to create a visual identity for its 2017 event. Hey use colour to establish a continuity with previous events, but introduces a custom typeface that features characters informed by the digital, handwritten and painted word. This is complimented by a set of icons, and used to link programme guide, banners, signage and merchandise.

The Kosmopolis custom typeface moves between pixalised diagonals (N, Y, k, z and 4) and subtle ornamental flourishes (A, H and Q). It switches from those with architectural qualities (F, a, d, f, g, j, r, j and y) to those with painterly curves (K, R, and 7). There is a breadth to this that, while not blunt in its references, a side from the pixels, has a representative value and inclusive quality in its range and possible pairings.

Individually, there are details that are common and those that are slightly more idiosyncratic, points at which these are combined and times where the curved and the linear meet. Together, these throw up some unexpected pairings of both visual and eye-catching abruptness and satisfying continuity. This calls to mind the work of Swiss Typefaces.

Characters are effectively unified by a monolinear stroke width, and exist as a functional digital typeface, establishing a clear continuity between printed assets such as posters, banners and programmes, and the event’s website. 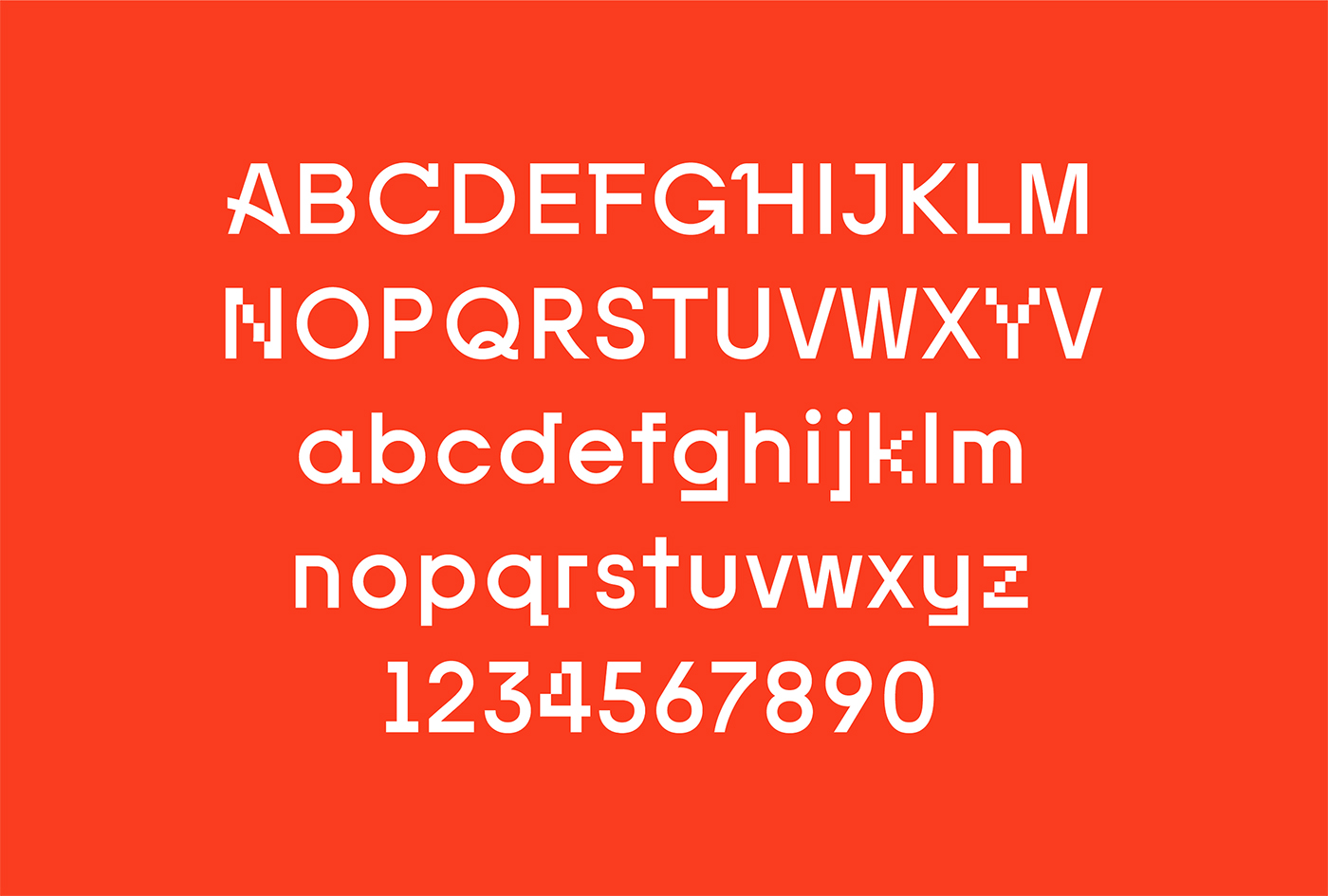 The typographical details are, for the most part, stylistically and conceptually subtle, but build to a greater whole. Custom typeface is accessible in its more conventional forms, and cheerful and distinctive in its additions and variations which are grounded in concept.

The familiar digital qualities of the pixelated diagonals act as a universal entry point from which to divine and fully understand concept. This is helped by custom illustration which are more direct in their communicative intentions. These include a hand-drawn ear, eye emoji and the sharp vector drawing of a pencil, as well as other motifs. Look, listen, write and communicate are all touched upon in a manner that feels modern, cheerful and inclusive, and borrows something of Milton Glaser’s I ♥ NY, a classic and enduring example of shorthand and inclusive communications. 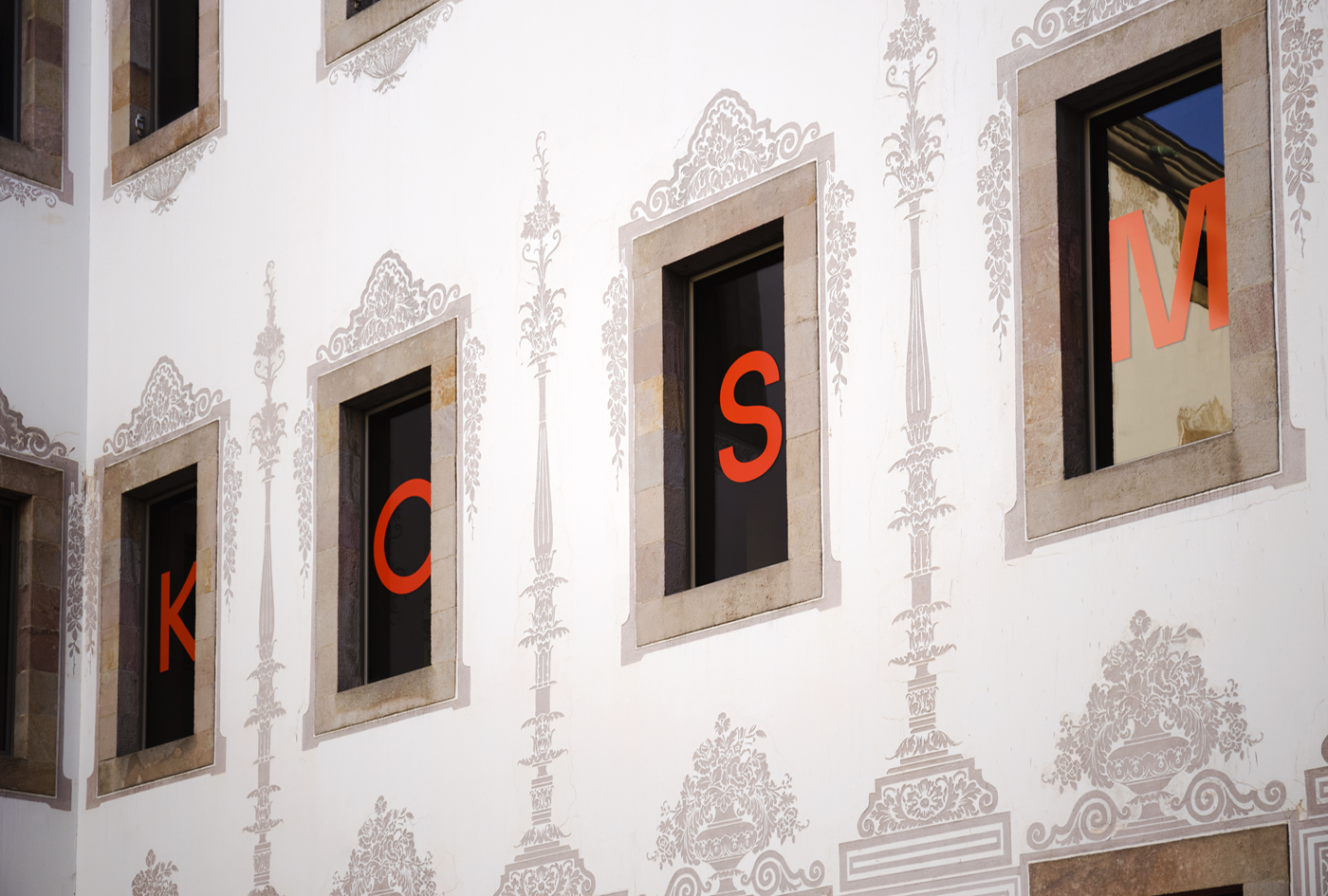 Hey’s approach also has a contextual awareness, with the modern letterforms of the typeface being applied to the windows of a historical building with an ornate exterior. Past and present, illustrative flourish and reduction, artistic expression and communicative utility intersect, in line with and well-suited to a festival the looks at change. 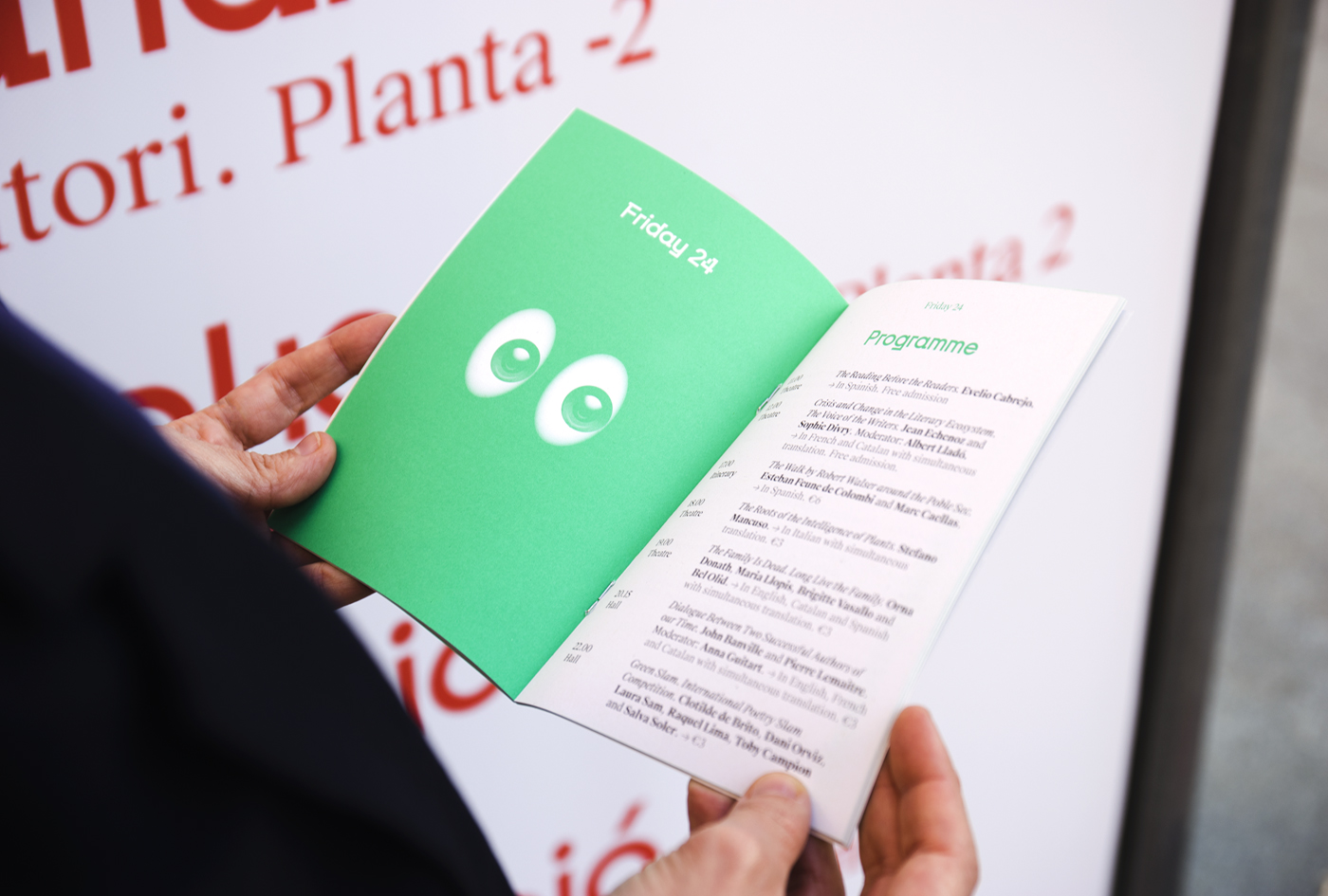 A single font family, but set in different weights and styles across the programme, establish a continuity of concept where a display face may undermine readability, while panels of solid colour and the use of image help to divide content in a straightforward but convivial manner. More work by Hey on BP&O. 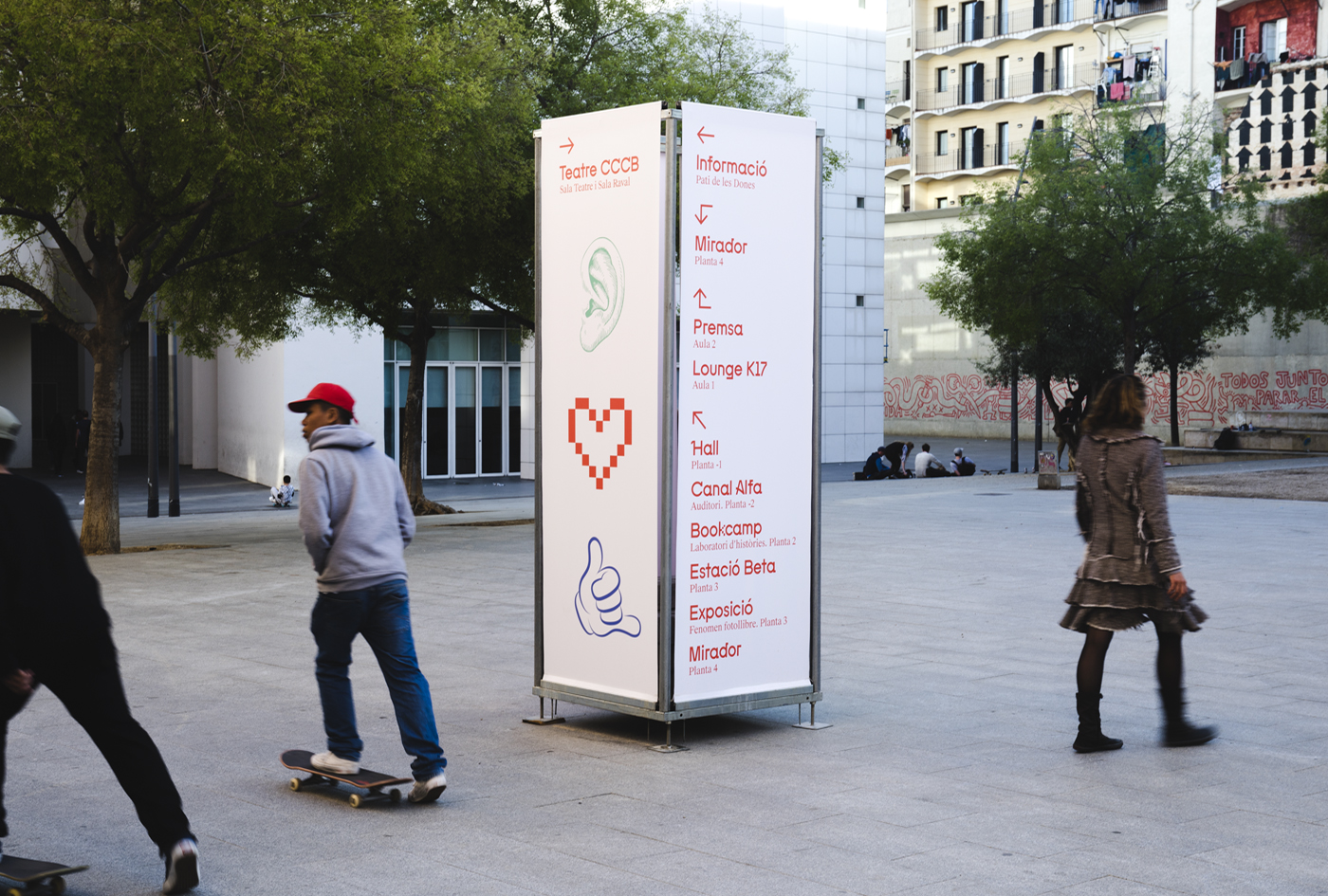 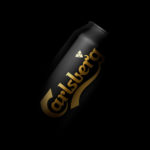 Pepe Raventós Natural Wines by Mucho
Next
Get once weekly updates