Opinion by Richard Baird Posted 9 May 2018

To mark the 100th anniversary of the passing of Gustav Klimt, Egon Schiele, Otto Wagner and Koloman Moser, four greats of Viennese Modernism, The Vienna Tourist Board is dedicating the year to bringing to light their collective talents and stories. Wiener Moderne 2018 will take the form of public exhibitions and events, promoted through national and international campaigns, and unified by a distinctive graphic identity system created by Austrian design studio Seite Zwei. This links a variety of print and digital communications, from banners, posters and programmes to website and outdoor displays of motion graphics. 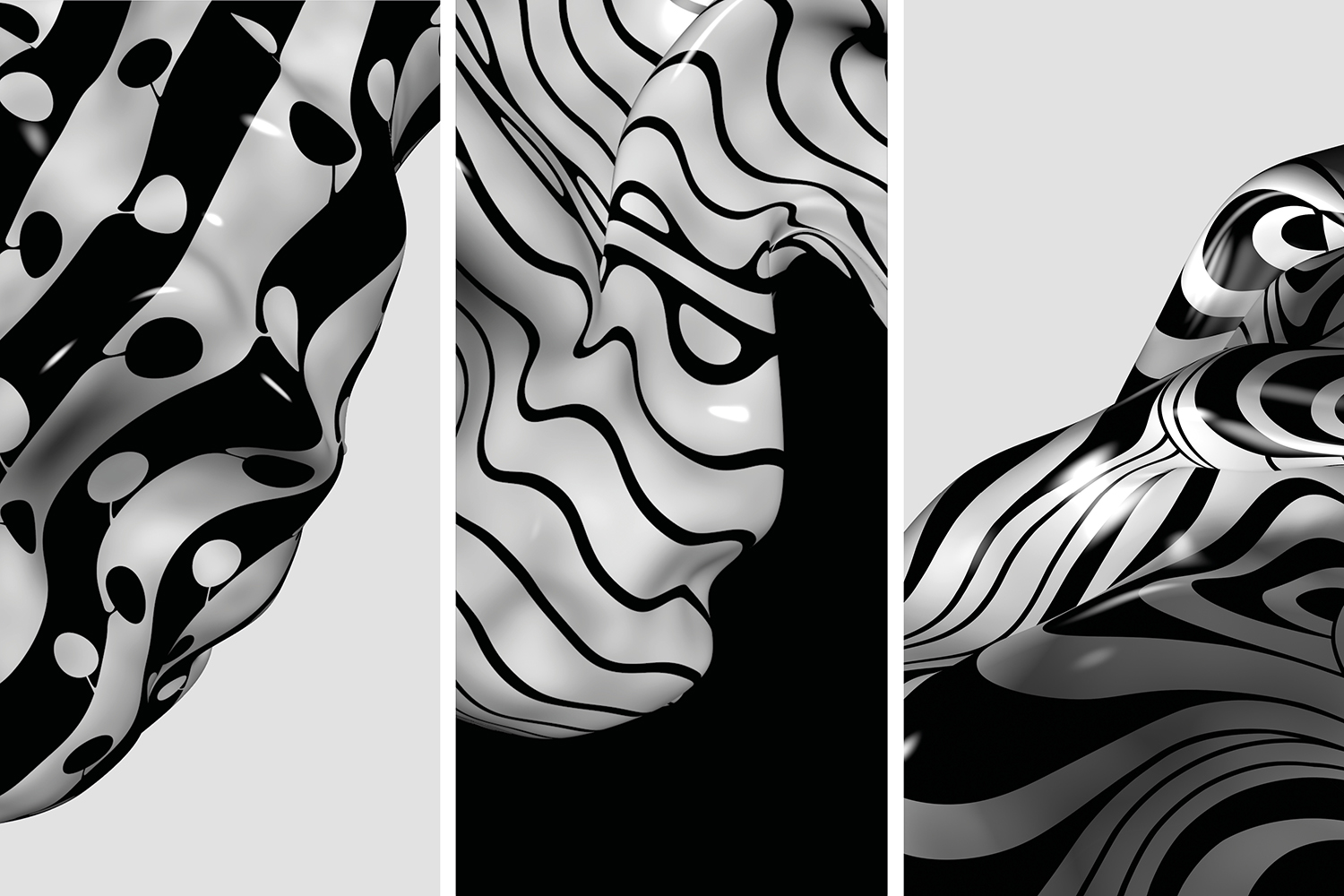 Inspired by the visual language of Viennese Modernism Seite Zwei’s graphic identity is characterised by three distinct elements, a type and observable grid-system and four key visual motifs that reinterpret Koloman Mosers graphical work within the contemporary context of the digital environment.

The work generates much of its impact from the initial juxtaposition and eventual synergy of these components, the meeting of the digital and the material, the structured and organic, the sculptural and the architectural. These considerations of influences, aside from the digital which gives the event its very present context, was touched upon by the artists at some point. These are effectively resolved into a single cohesive expression through colour, proximity and concept, but also time and space.

The last two are critical components. Predefined time, both retrospectively and as dictated by an anniversary, and space, the unifying origins of the artists and the locality of event, establish connections in time and space. 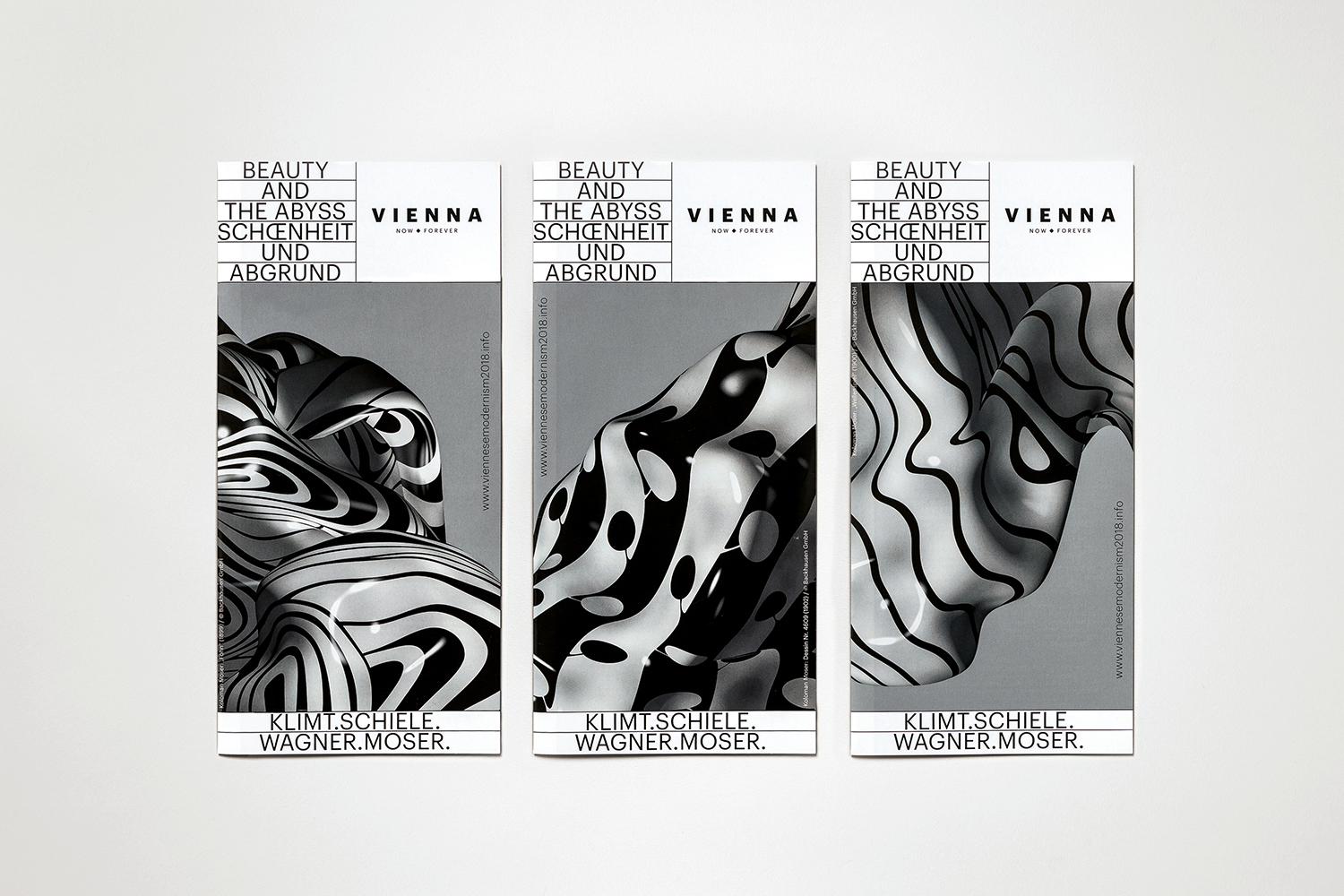 The continued relevance of the work of Gustav Klimt, Egon Schiele, Otto Wagner and Koloman Moser is an essential component of Wiener Moderne’s graphic identity and is explored literally and figuratively. The digital and rapid prototyped facsimile of each artist as a classical bust, the amorphous 3d rendering, animation and online interactivity of Koloman Mosers’ work and the playful censoring of image and call to action speak of the tension and synergies between periods, and the continued spirit of artistic dialogue.

The work follows some useful conventions. These include impact from a distance in the use of a bold graphic image, a predominantly black and white colour palette, and distinctive typographical layout and observable grids, which are followed up with detail up close, or times of interactivity and play. The interchangeable nature of type and image displays a flexibility without the loss of recognition and the facilitation of variation useful for a year-long series of events. 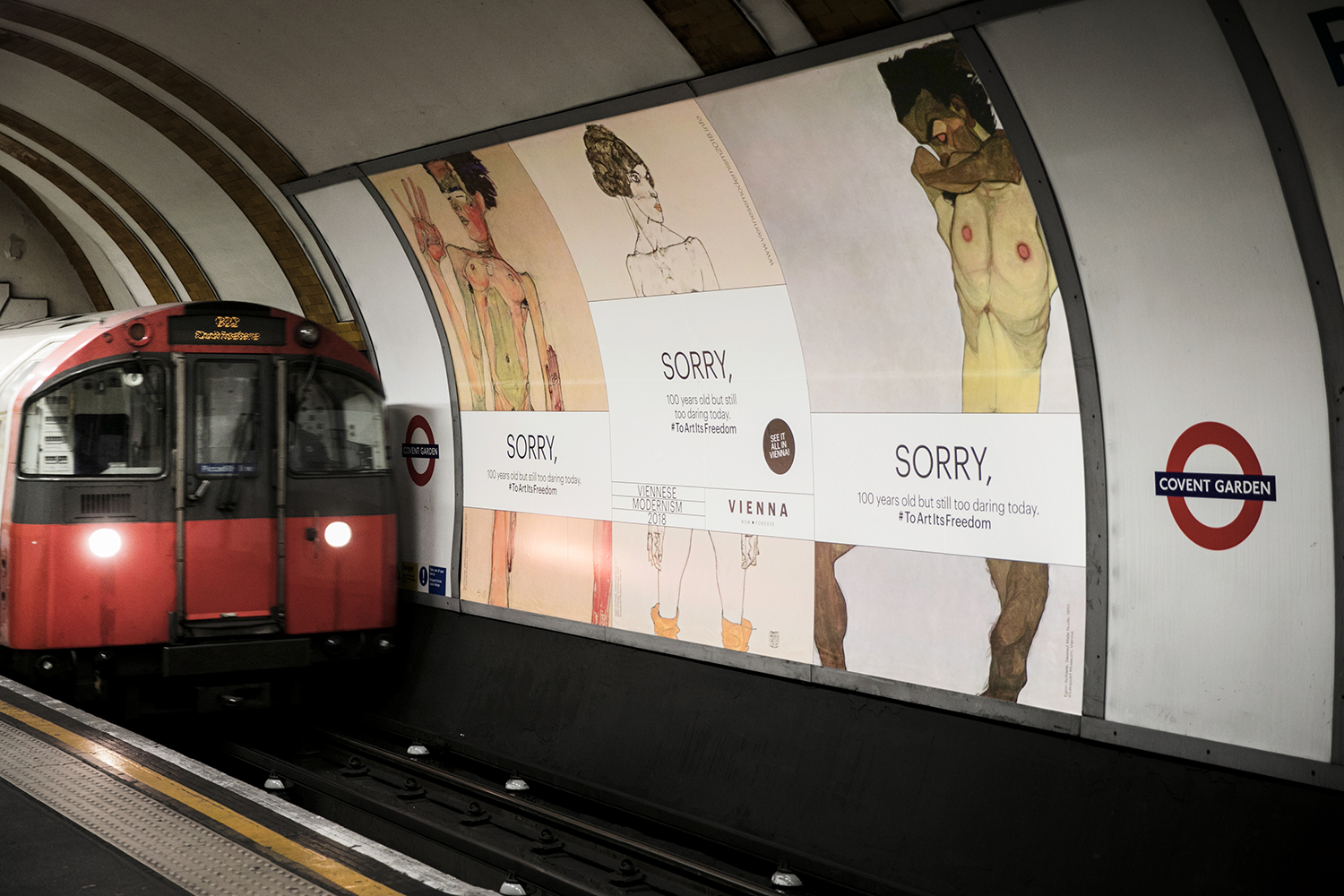 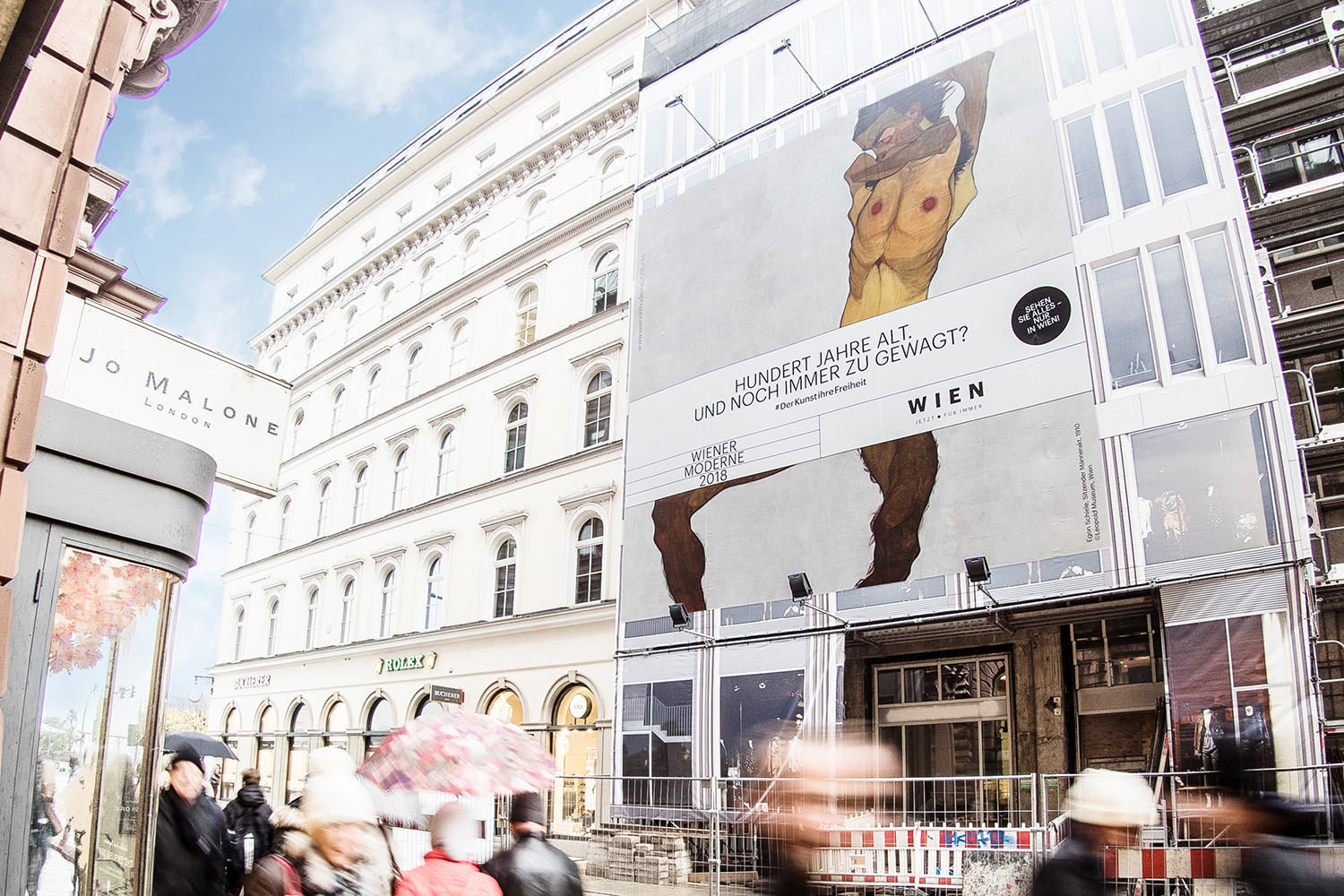 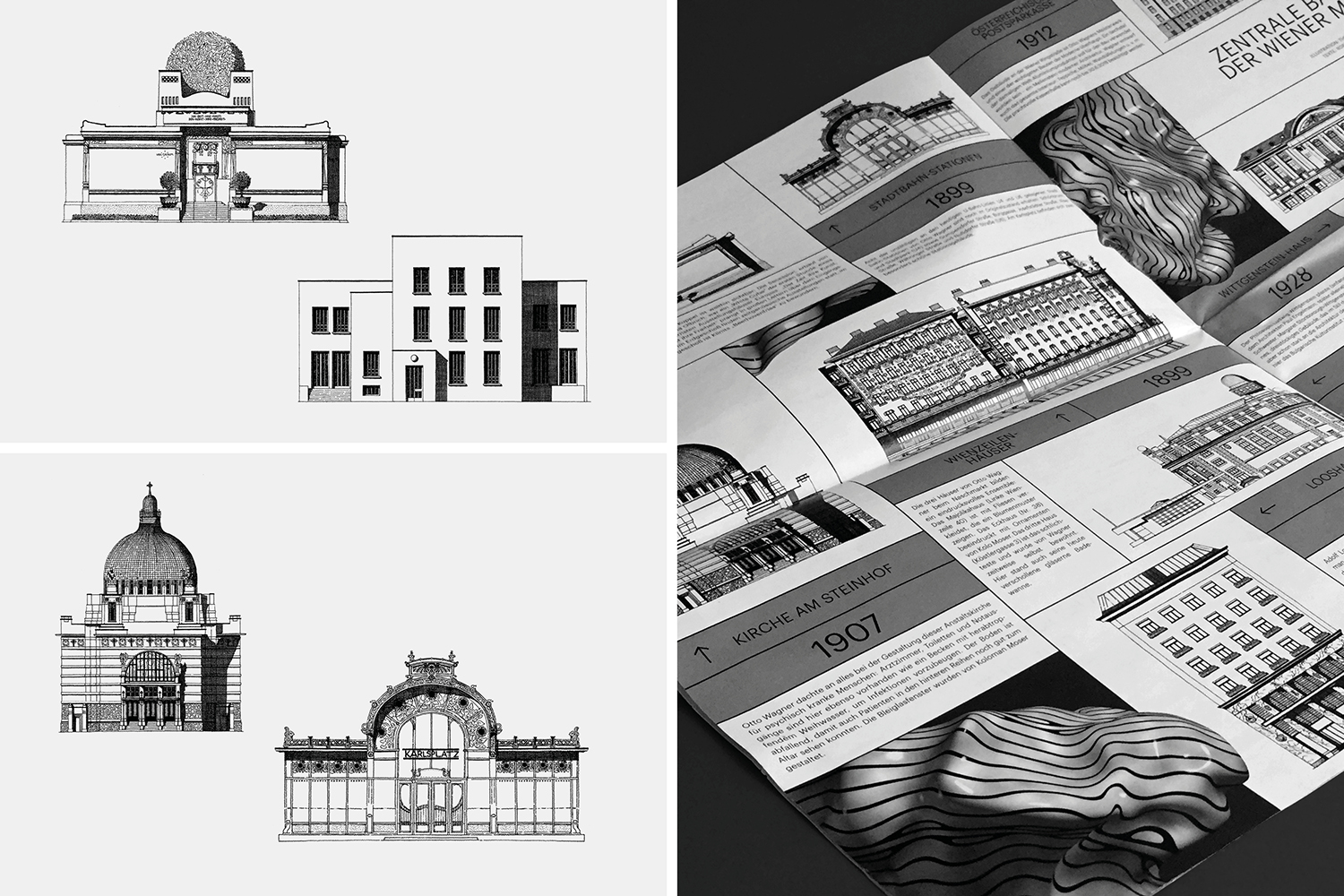 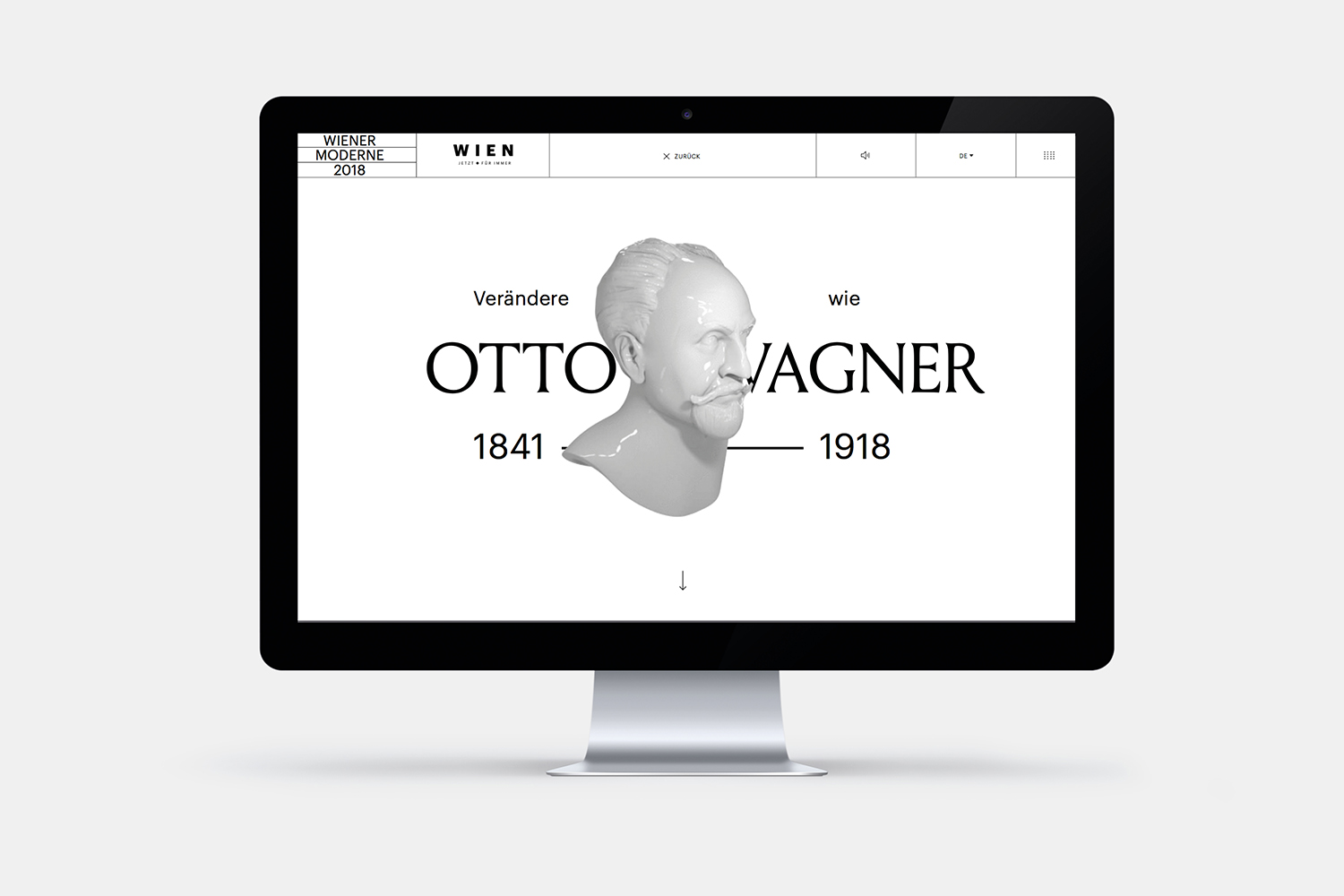 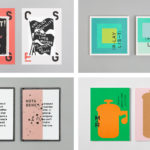