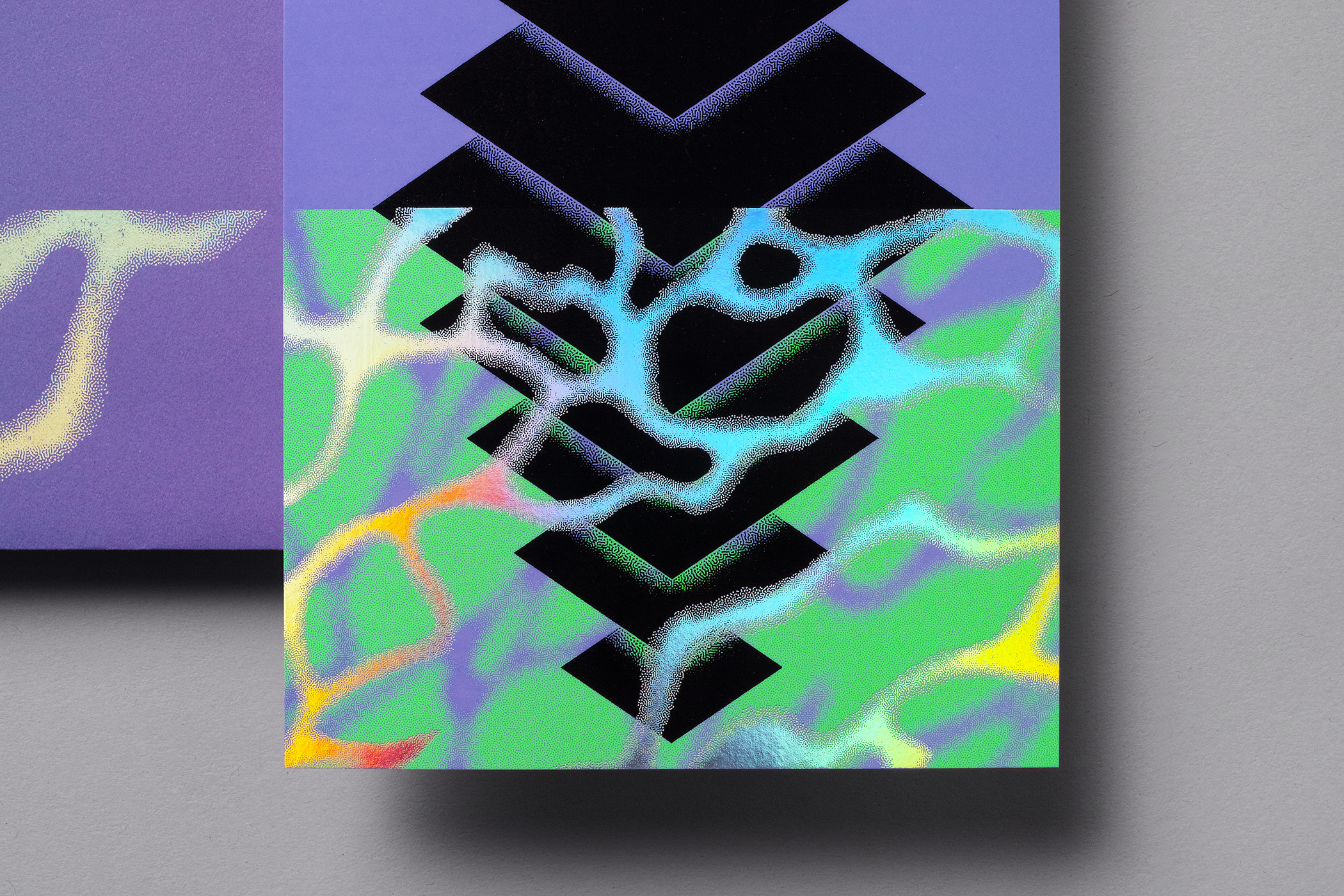 Both Sides Now, a title borrowed from Joni Mitchell’s famous song, is a solo exhibition of Argentinian contemporary artist Leandro Erlich’s work that took place at the Seoul Museum of Art between December 2019 and March 2020. Erlich’s installations, often receiving international acclaim, mirrors, reflective surfaces, water and other various materials to create optical illusions to transform familiar, everyday spaces such as an elevator, staircase or swimming pool.

South Korean designers Studio fnt worked on the creation of a visual identity for the exhibition that would link a variety of surfaces, from supergraphics, to programmes to posters to banners and digital displays by drawing on one of the artist’s pieces to convey recurring ideas, proposals and motifs found throughout Erlich’s work.

Structure, holographic foil and distorted typographical elements are woven together to express the transience and subversiveness of a reflection or shadow, as well as the blurred boundaries between the the material objects that make up our subjective experience. 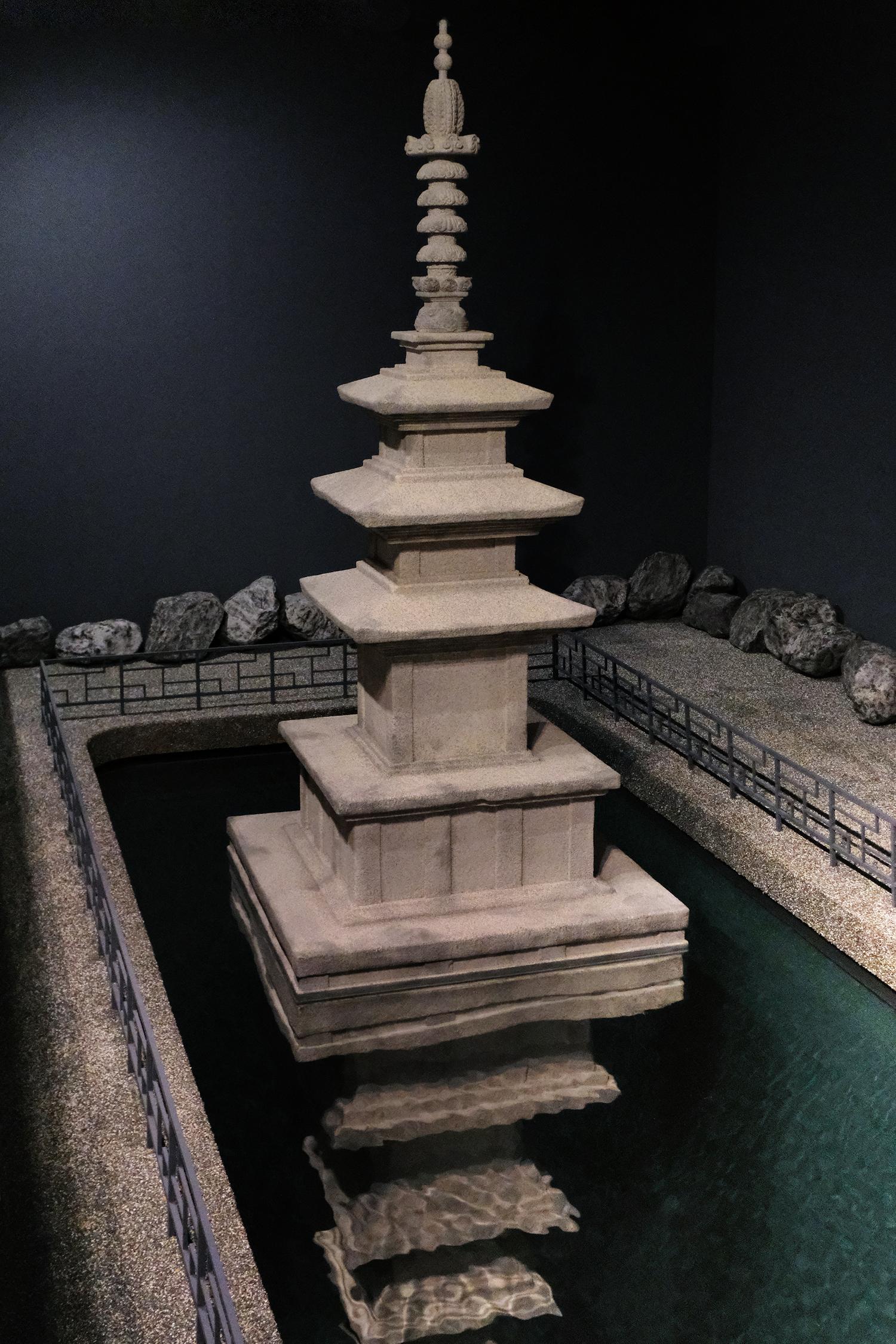 The legend of Asanyeo captures the dissonance between perception and reality. Having seen a vision of a reflected pagoda in a nearby pond–the pagoda her stone mason husband had left home to construct to earn money for them–she understood this to be a sign of its completion and a signal that her husband would return soon. When he did not, she tragically drowned herself in sorrow. Of course, the reflection in the pond offered nothing more than a version of a reality, which was misread by Asanyeo. The husband returned to hear of his wife’s untimely demise.

Through his works, Erlich puts forth the proposal that there is nothing in this world whose essence or nature is invariable, that everything in our world is connected, and their boundaries are far from clear cut. Just as shadows change according to their light source, the world we perceive, and those we regard as the “other”, exist as shadows created from our own subjective understanding.

Erlich’s work Shadow of the Pagoda (above), inspired by the legend of the Shadowless Pagoda, provides the source of inspiration for the exhibition’s visual identity. This work explores reflection and shadow as not being able to never fully replicate the reality of the object. This is materialised through a replica of the pagoda. Its transient interpretation is created by a rippled pool and a mirrored structure of the pagoda just below the surface. 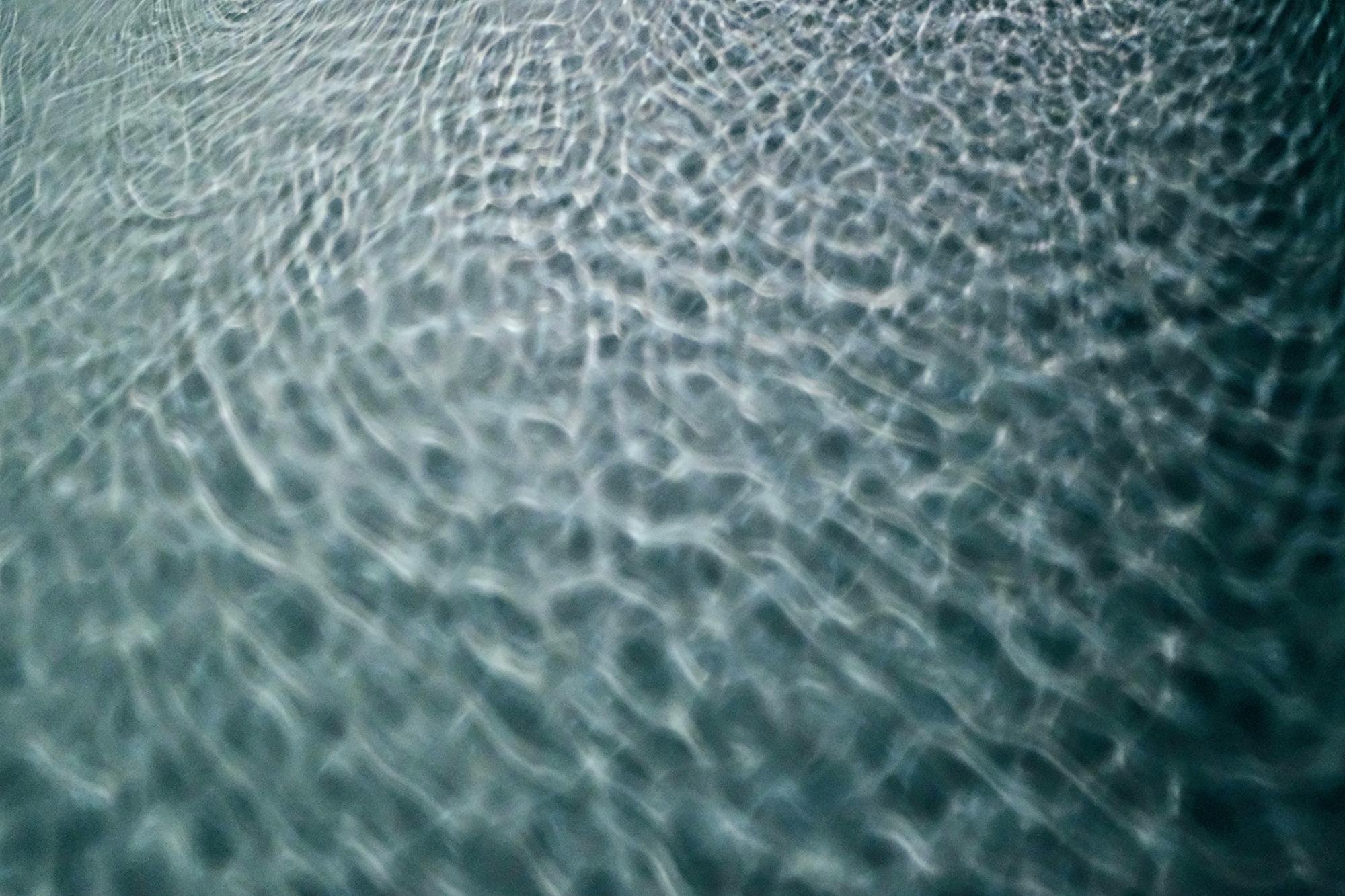 It is difficult to capture the theme of a subjective and transient reality in a static form and across the fixed surfaces and contexts an exhibition identity needs to exist within. However, Studio fnt utilise the inherently graphic form of the Shadowless Pagoda as a fixed focal point in which to draw attention and play with perception and the themes at the heart of the artist’s work. Across postcards, and in the texts applied to the exhibition space, a holographic foil, through its changing colours, responding to a dynamic lighting situation, and mirrored surface changing as a viewer moves in front of it, folding in the environment and observer as part of a transient reality.

Where a holographic foil is prohibitive, rippled type, organic waves, highlights and the suggestion of shadow, as well as an allusion to a partially submerged structure capture the essence the artwork, and the themes of the exhibition. 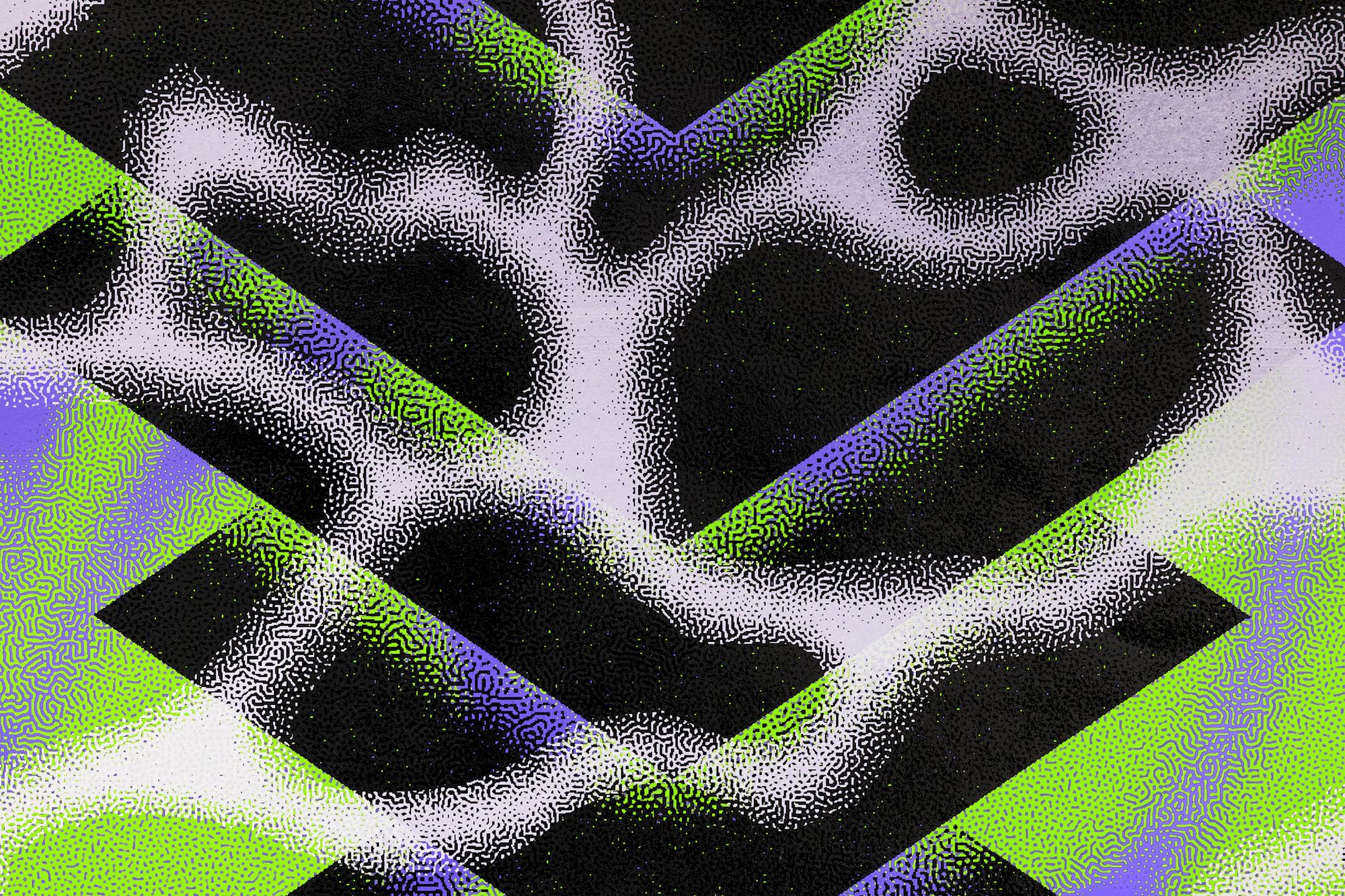 Bright colours, and solid black fills are immediate and establish a continuity across different contexts, drawing the eye in to informational details but also textures and micro-foiling. The duality of colour, and the reflective elements of the visual identity also work well with the Both Side Now exhibition title. Further, there are some really lovely close up details that help bring to life the notion of undefined boundaries between elements. These work well to give the graphic elements interest when there is not a reflective foil. More work by Studio fnt on BP&O. 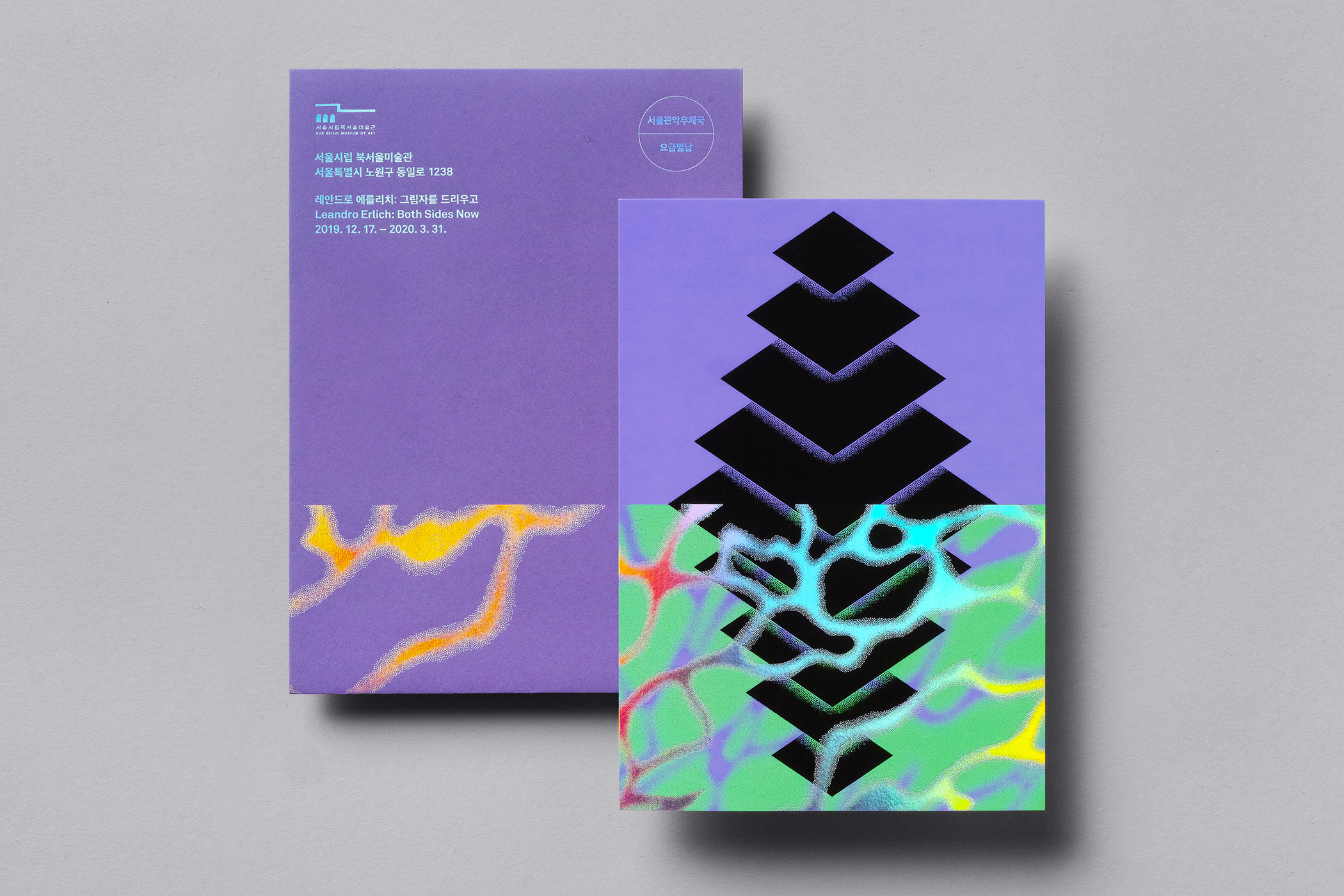 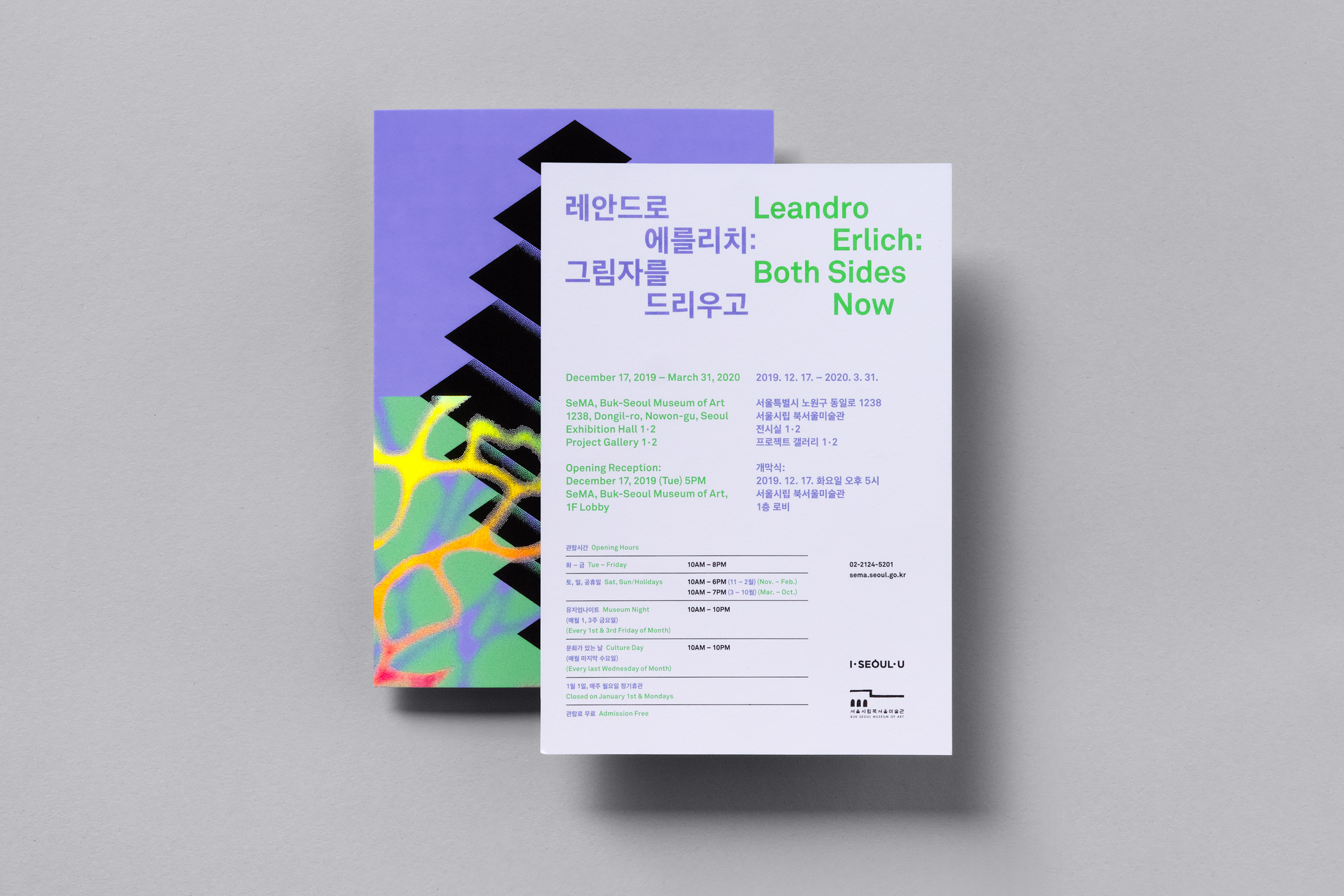 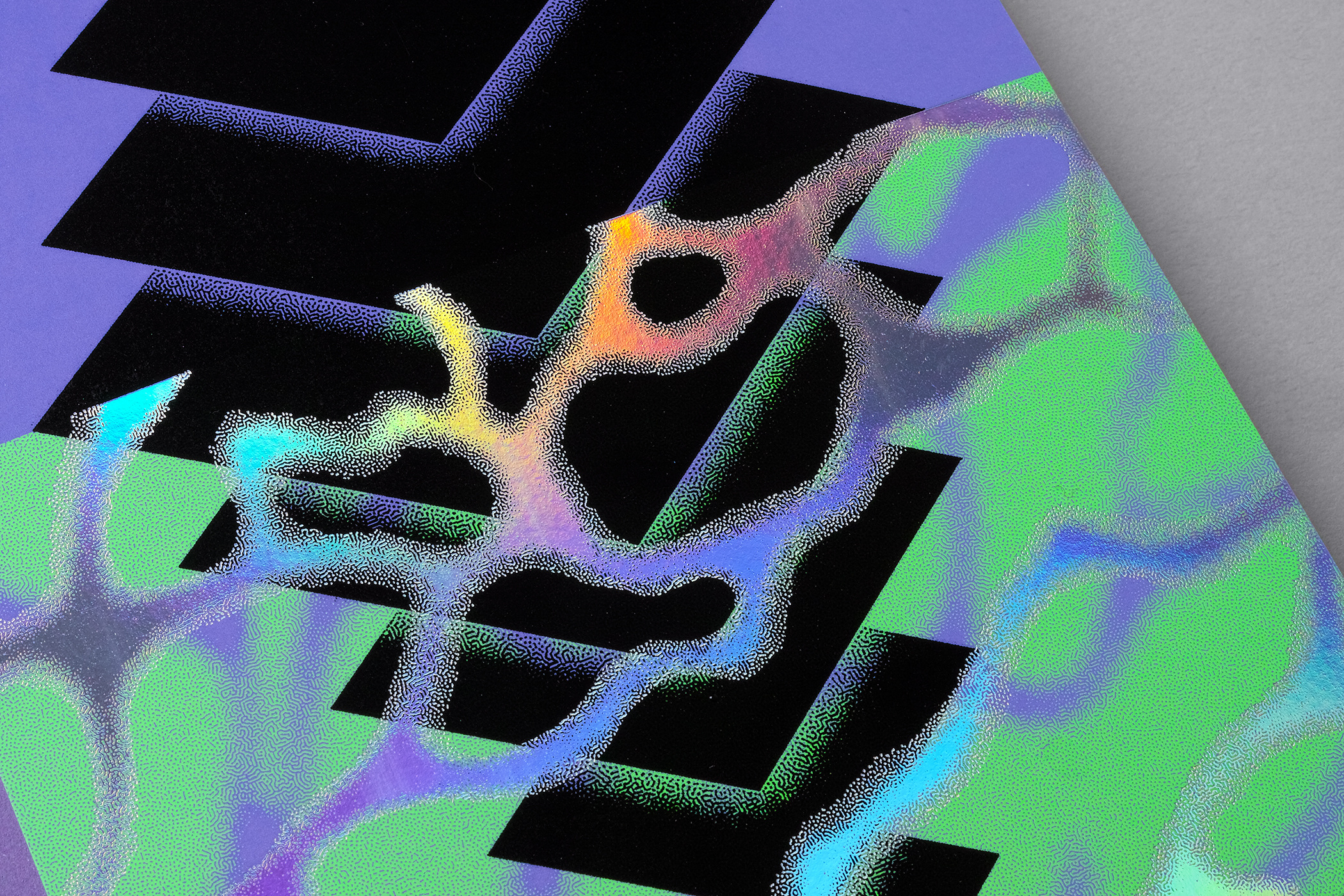 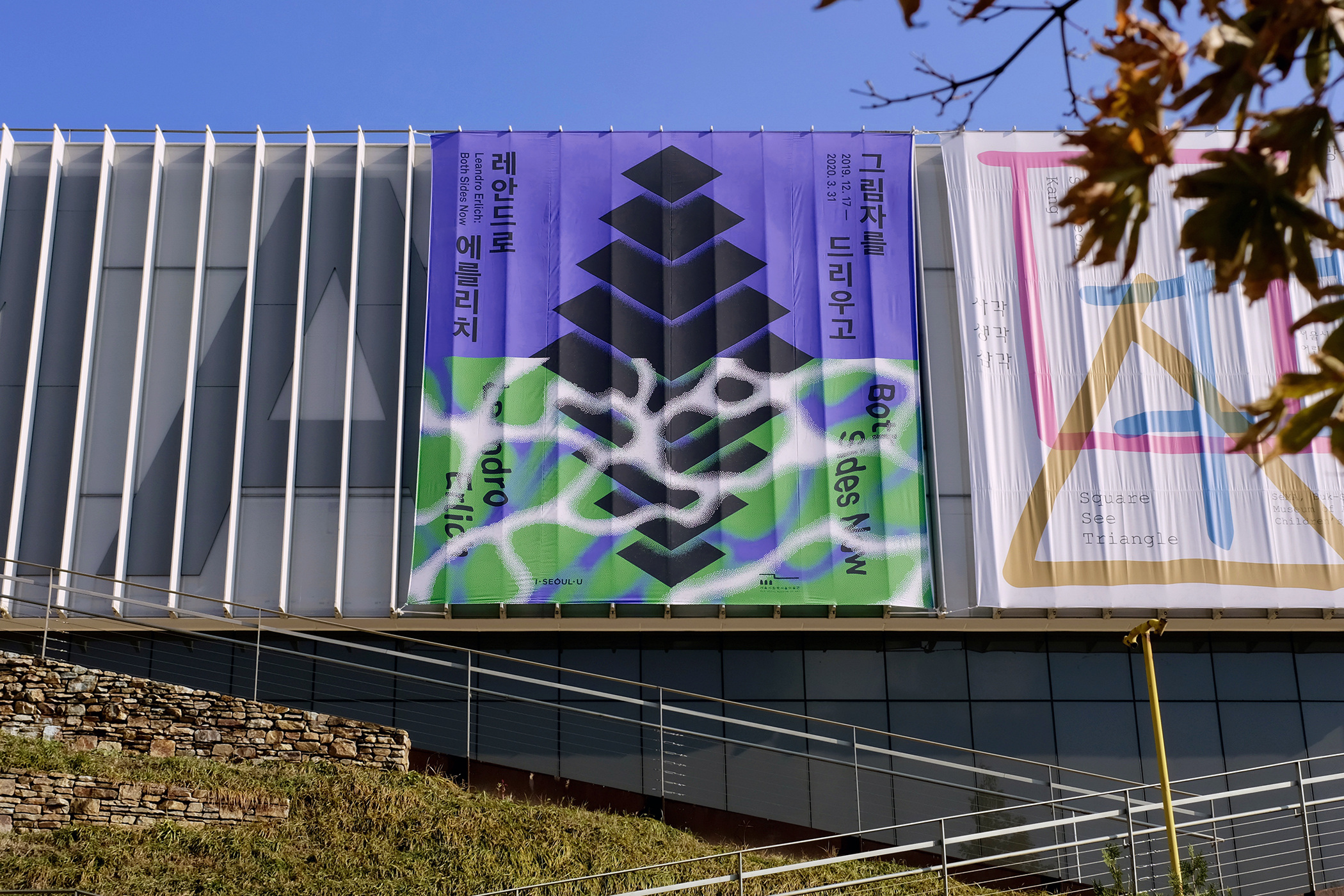 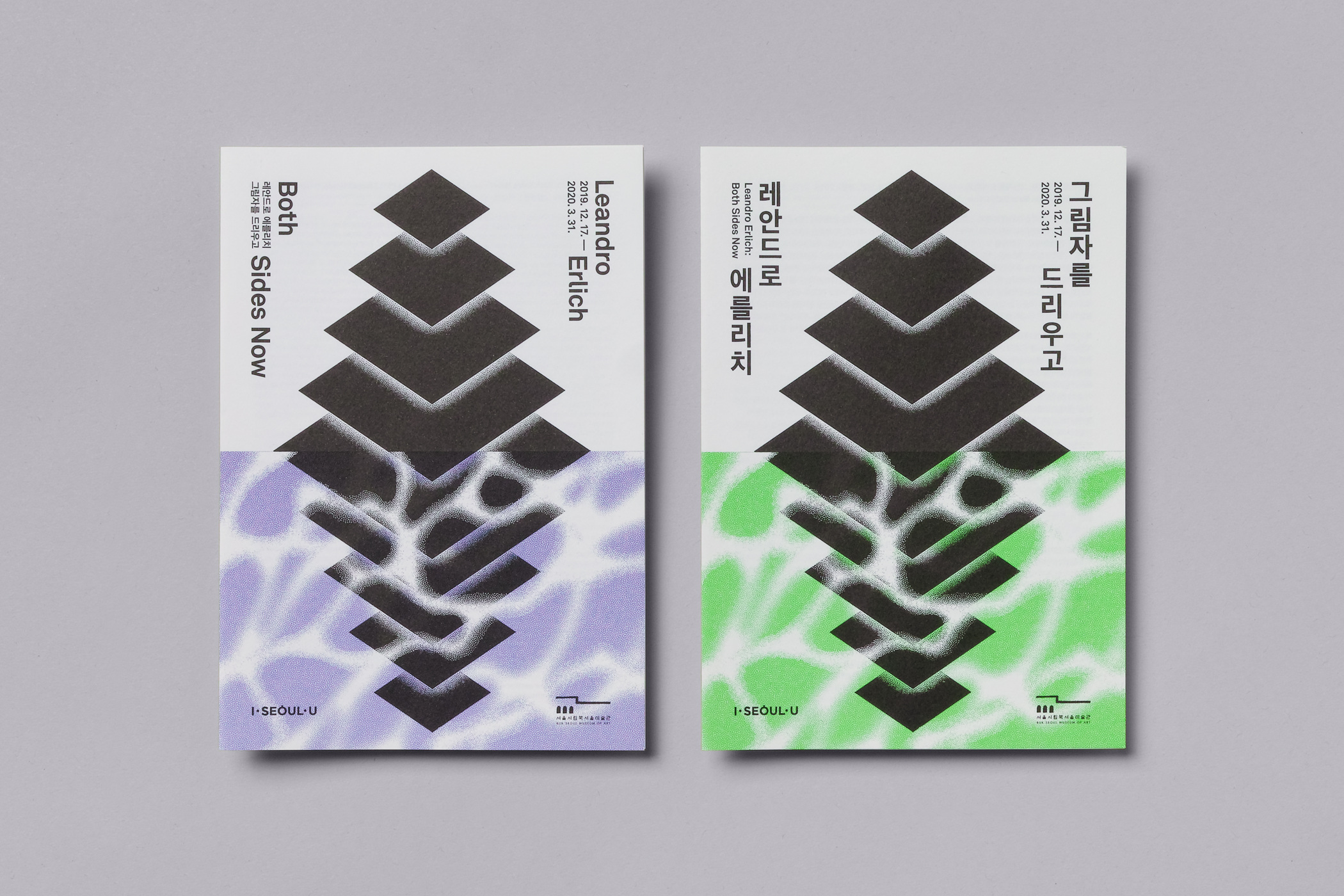 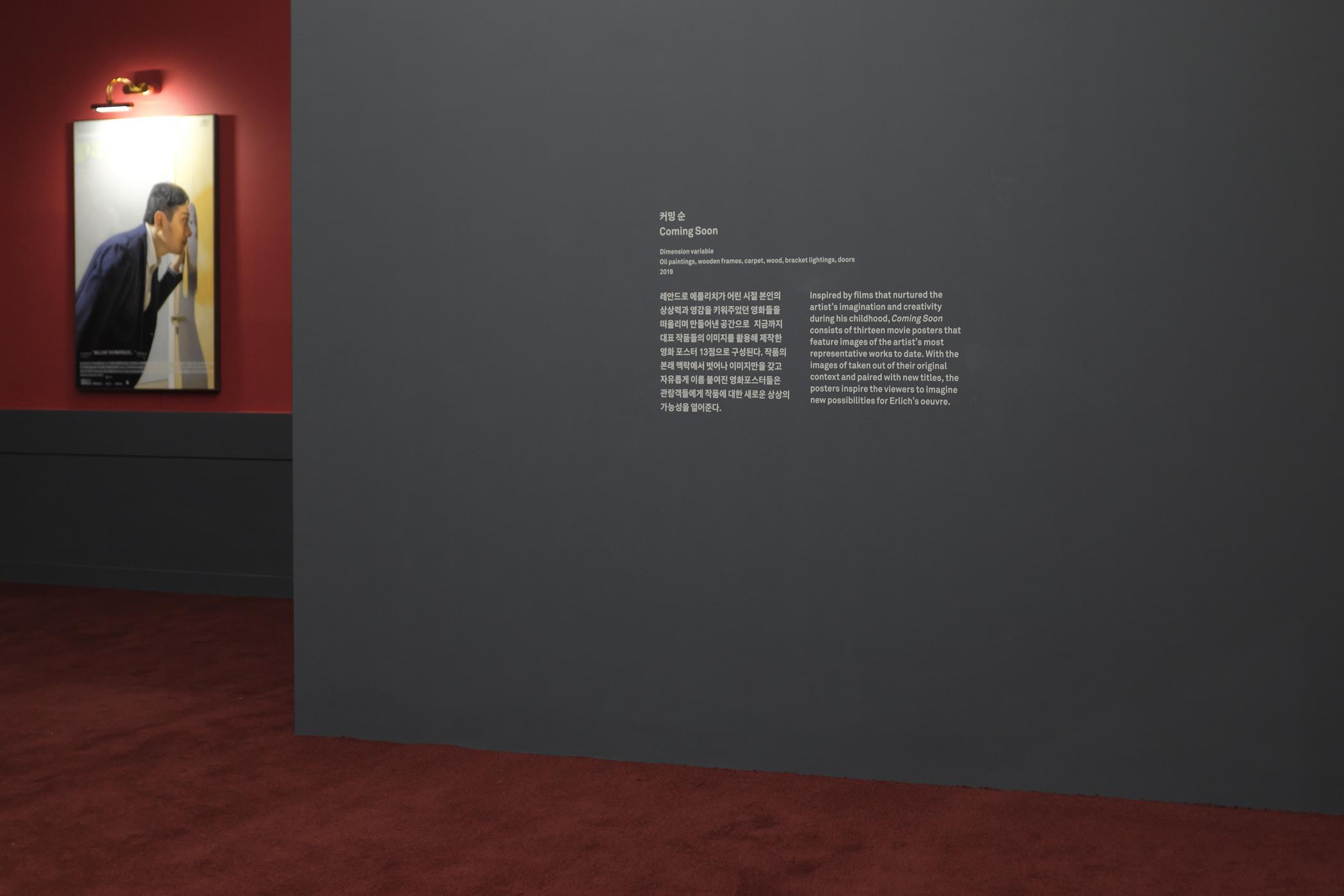 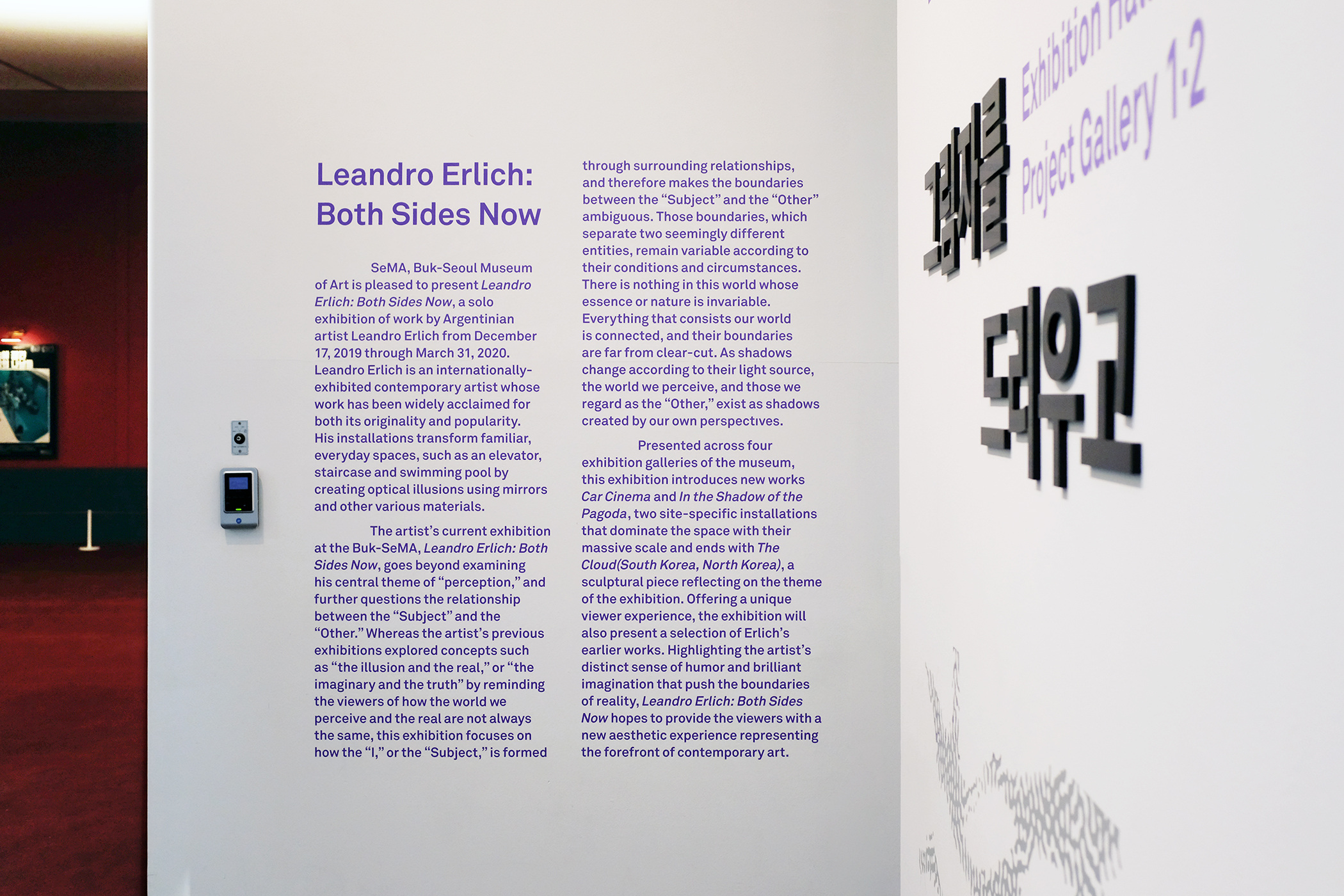 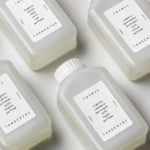 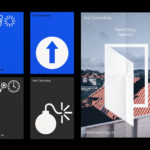 Avo Consulting by Bleed
Next
Get once weekly updates