Inside Lottozero by Studio Mut

Inside Lottozero was an exhibition of international artists that covered a wide-range of artistic disciplines. It was conceived by Arianna and Tessa Moroder and curated by Alessandra Tempesti. The exhibition took place at Lottozero / textile laboratories in Toscana, Italy and ran until November 20th, 2016. Under the concept of “Non-stop Fruition”, the exhibition opened with a 12 hour overnight event in which people were invited to stay and immerse themselves and connect more deeply with the artwork. This included

The exhibition catalogue is a hardback 184 page book, edited by Tessa and Arianna Moroder, curated by Alessandra Tempesti and designed by Studio Mut. It features the 13 exhibiting artists, brings to light how wide-ranging textile art and research can be and is a tri-lingual publication that threads together English, Italian and German. These languages are graphically interwoven, with each language delineated by its orientation on the page.

The graphic design review can be a powerful format. But is increasingly overlooked. The immediacy and seductive qualities of images, platformed by image-only blogs, journals and social media is an imposition–as is algorithmic governance and determinism–a challenge posed to design discourse. As Jack Self of Real Review proposes, the review “looks back in order to look forward; it surveys the past to understand its relevance for the future.” Without this, graphic design becomes an ouroboros, consuming only itself, introducing fewer and fewer outside ideas. With this in mind, BP&O looks back at Studio Mut’s work for Inside Lottozero from 2016, with the intention of furthering its ideas, introducing new ones by way of interpretation, just as the catalogue sustains the ideas and the meaning-making of an ephemeral exhibition, moving them into the future.

There are a number of beautiful graphic gestures present in the design of the book. These are useful invitations to draw people in. The immediacy of its textile pattern-like cover, the changing sizes of page numbers and the mechanical and industrious qualities of LottoZero Bold. However, there are two aspects of the book that I would like to use as launching off points. The first is the colour blocked printed sides of the book and the second, the confluence of page orientation and language.

The printed sides of the book become a critical surface, elevated beyond expectation, furthered by the positioning of the book’s title across the fore edge, head and tail. It reconfigures the hierarchy. Placing eye-catching graphic expression, that of a textile pattern, as the most prominent gesture. At the same time, through edge printing, sets up the device of the book (multiple orientations), and makes a proposal (things to be viewed from all sides, and more conceptually, inside/ideas and out/aesthetic).

The perfect trim of cover and content, and the use of colour blocking along the edges emphasises the volumetric nature of the book. It initially subverts its function as a book, and instead give it a solid first impression, as though it was a solid block. This really emphasises outside surfaces as being interrelated, as something to be experienced as a whole rather than cover, spine and back. By extension the notion of “inside” and “out” is brought to the fore. Put differently, rather than an expression of bound pages and cover, it becomes more akin to a vessel or container, something that holds something. This feels particularly interesting in terms of the exhibition name, Inside Lottozero (thoughts), and within the context of sculpture and physical artworks (form).

The second aspect is the tri-lingual nature of the book, and the way that the materiality of the printed and bound book affords such interactions that include holding and turning on an axis, not something experienced on screen, and certainly not something you can do with an artwork. Here, rather than the artwork being a central point to move around, the reader has control over the book, just a child begins to learn about their material world through transitional objects. The orientation of the languages, encourages this interaction. It also makes for a striking aesthetic.

There are some beautiful layouts. Bold statements, body copy and citations are clearly defined, they become a paratext, their relationship between one another, alongside space, is an expression in and of itself. It helps create a new relationship with the images. Even if reading in English, the visual language of orientation of other languages is a provocation to look at images from different points of view, other ways around, translating the situational experience of the gallery. Of course, the total experience of a gallery’s spatial layout is absent here, but the gesture is relevant and related to the ideas on show. More work by Studio Mut on BP&O. 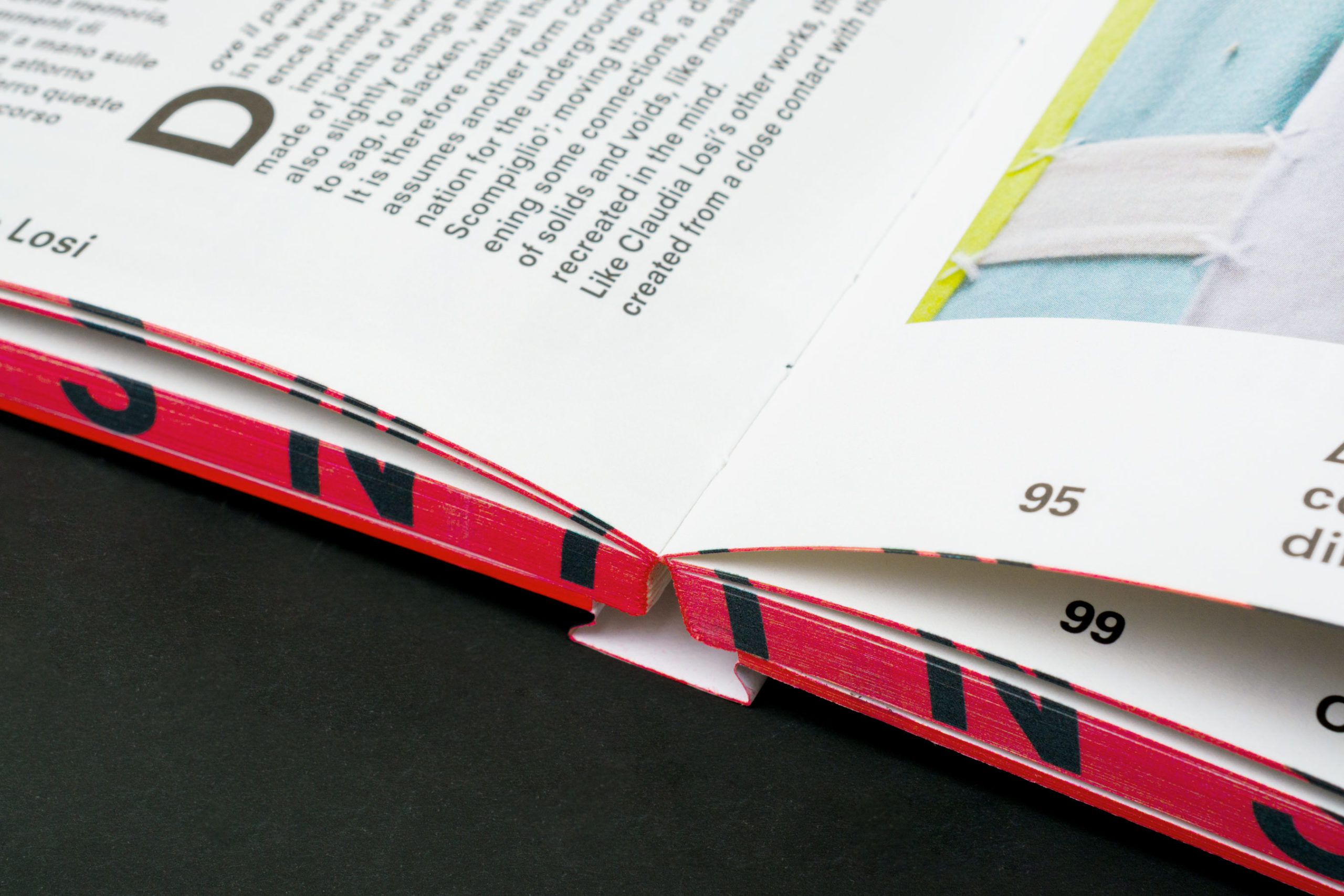 Brigade Court by Jack Renwick Studio
Next
Get once weekly updates