Storyline Studios by Work In Progress

As well as providing space, Storyline, Norway’s largest film studio, offers a wide range of services which include, but are not limited to, set building, lighting, VFX, audio and video post production as well as costume and equipment rental.

Developed by Work In Progress, Storyline’s visual identity brings together the classic flourish of a script, the humanist qualities of hand drawn detail, a sense of practicality in the choice of secondary typeface and interior colour, and the spacial consideration and practical effects of the photography.

Bound by the energy of a bright colour palette, the identity manages to deliver a multi-faceted but cohesive solution that is distinctive and communicative, and extends across business cards, stationery, t-shirts and signage.

“The logo’s white square creates a storyboard, a space for creativity, which encourages the user to interact. The name also implies a full-scale film production. People’s notion of film and commercials is an escape, a twist on reality, action and colourful special effects. The photos taken for the identity by Filippo Minelli are frozen moments where the future is yet to be revealed, and it makes the viewer engaged and curious. The signage system is inspired by the film studios of Hollywood. Detailing of custom-made typography for logo in cooperation with Magnus Rakeng.” – Work In Progess

The logotype is really well-executed. Its smooth calligraphic change in line thickness, sweeping underline and curved baseline, created with the help of Magnus Rakeng, has a decent fluidity that appropriately reminiscent of 40’s and 50’s film titles with a crisp and professional vector finish that has an appreciation of past and present. It has been well spaced with some solid links and an appropriate break, and while the ST ligature is adventurous, it appears natural, unforced and enthusiastic.

The photography, captured by Filippo Minelli, much like Heydays work for Filmfaktisk, utilises an on-location concept to deliver the most distinctive and original element of the identity. These have a great sense of interior and exterior space and light, natural and urban detail and a striking contrast of earthy and synthetic colour that neatly mixes the themes of scene setting and practical effects, bringing the flexibility of outdoor filming to the indoor spaces of the studio. A concept that is emphasised by large, edge to edge wall prints and smaller, window-like framed pieces. 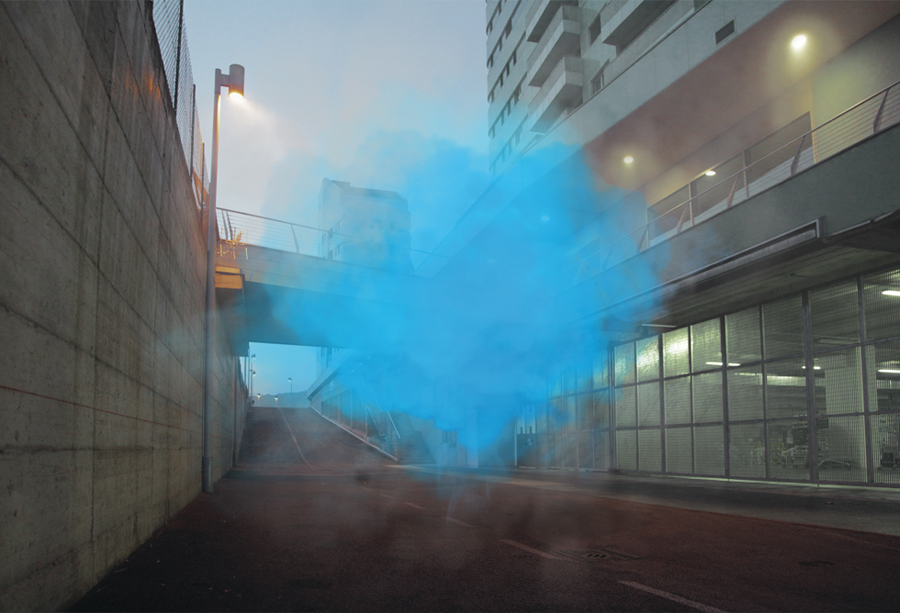 The bright practical effects of the photography are drawn out by the flat, full colour coverage of the collateral. Unprinted regions filled with hand drawn, creative expression from the staff add a personal and humanist touch to the scenes yet to be filled by performance and the journal-like utility uncoated stationary. 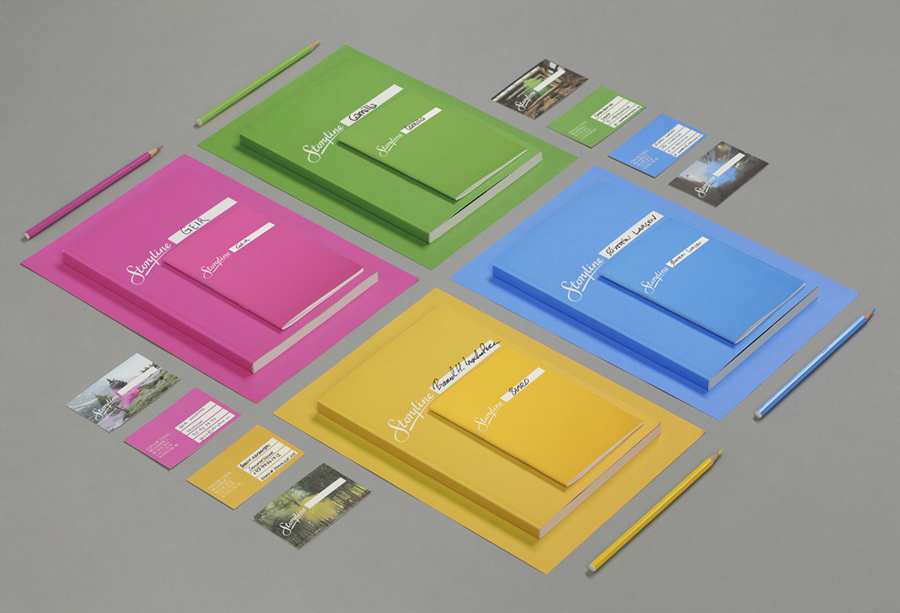 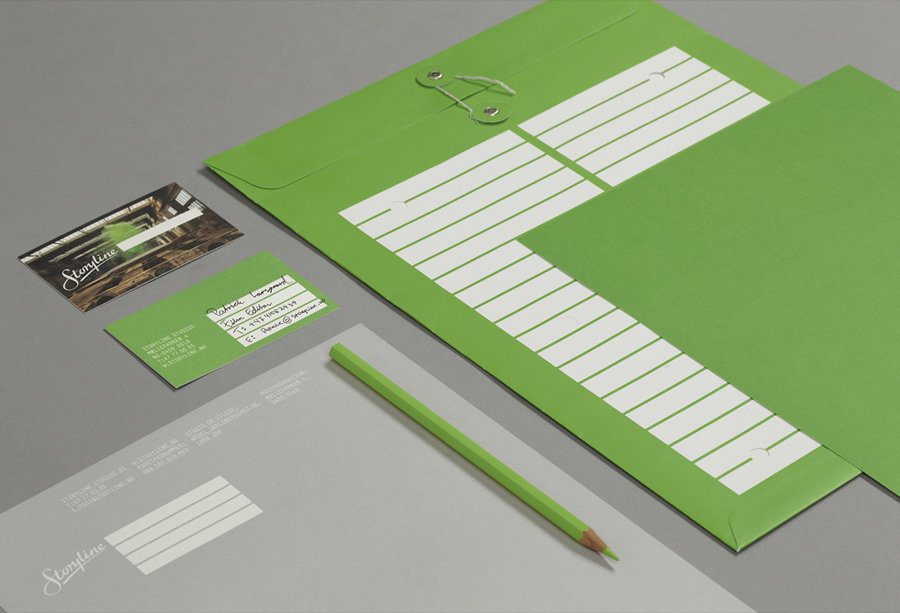 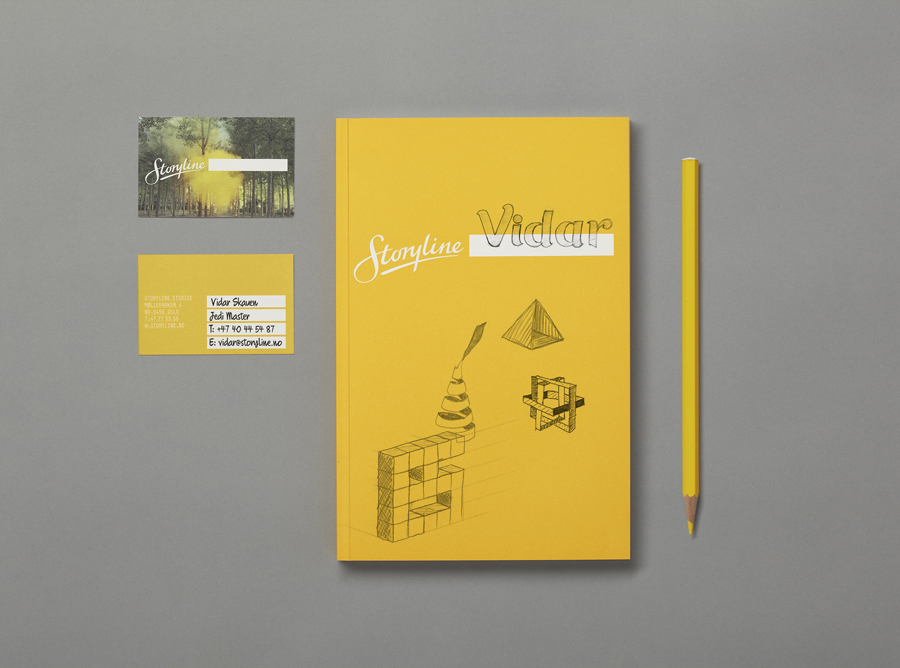 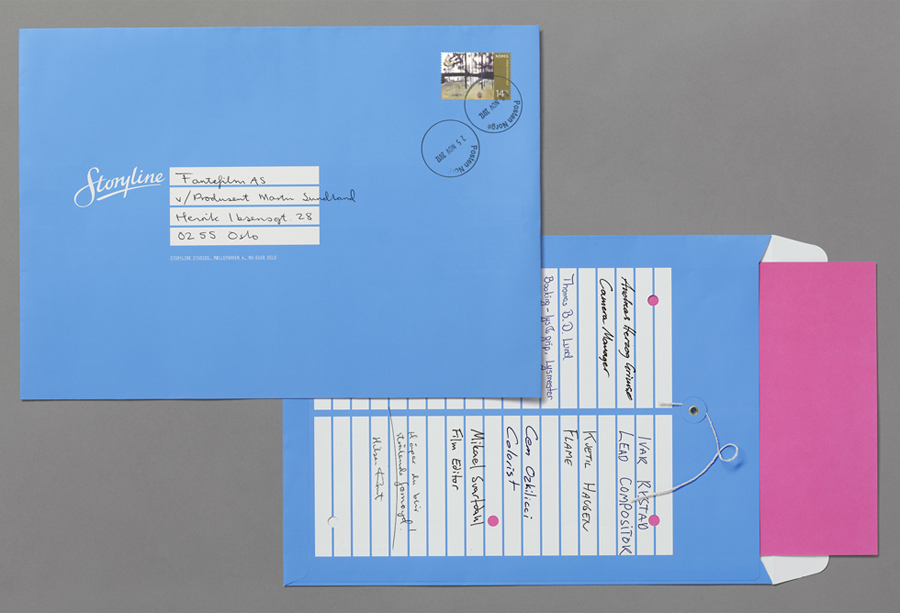 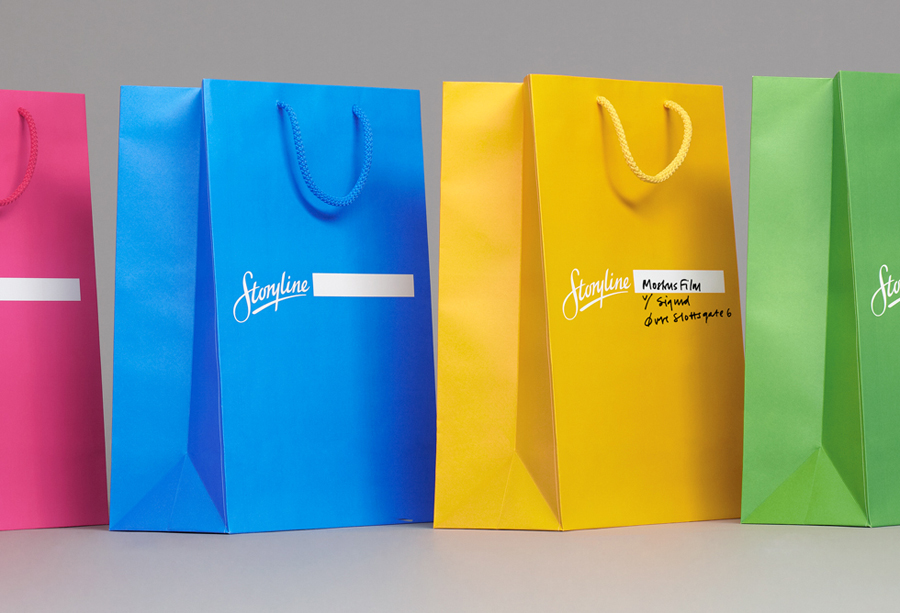 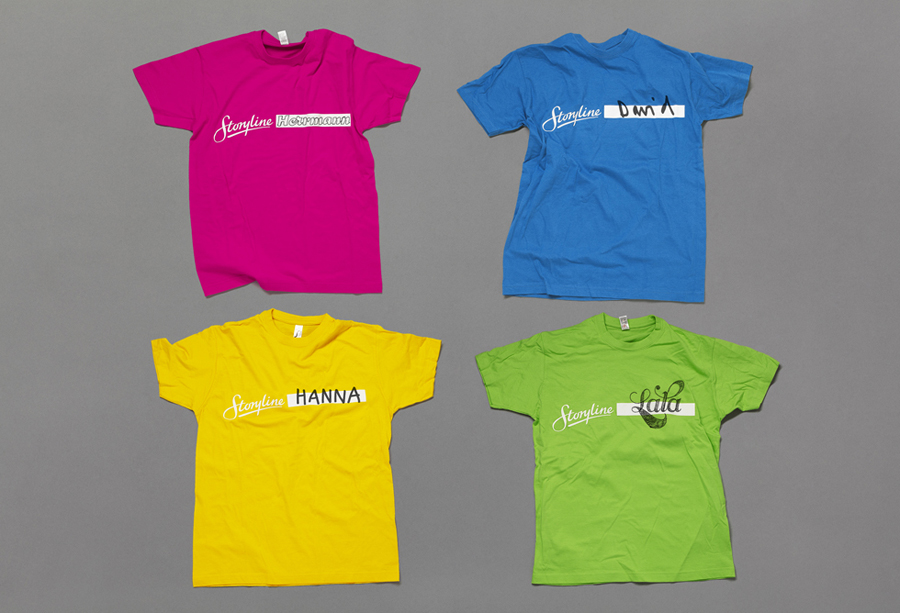 These creative and colourful details are juxtaposed alongside the functionality of a light, condensed but broadly spaced sans-serif typeface and the grey walls and flooring of the studio’s interior. The result is an unusual combination of hard-wearing utility, humanistic flourish and subtle retrospective detail that intelligently fuses the themes of heavy industrial equipment and generic space with the imagination of the people who utilise these.