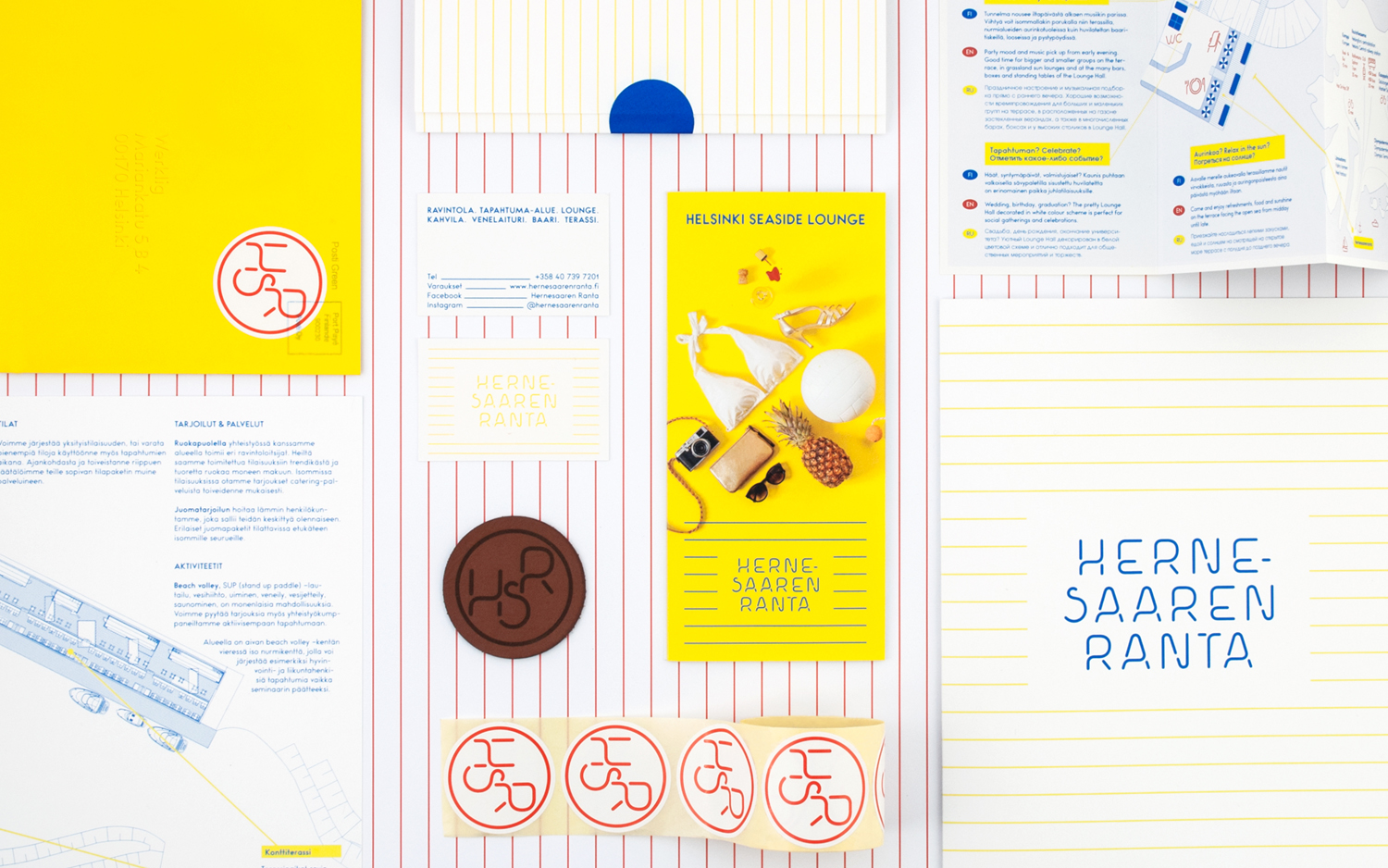 Hernesaaren Ranta is an outdoor seaside area, located to the south of the Finnish capital of Helsinki, open during the summer months. It has food vendors, boat docks and terraces, and is part of an ongoing development project that also includes residential buildings. Graphic design studio Werklig were commissioned to create a comprehensive brand identity system for the entire area that, alongside assets such as business cards, stickers, still life photography, animation and signage, also included a multi-channel marketing strategy for pre-launch, launch and follow up. 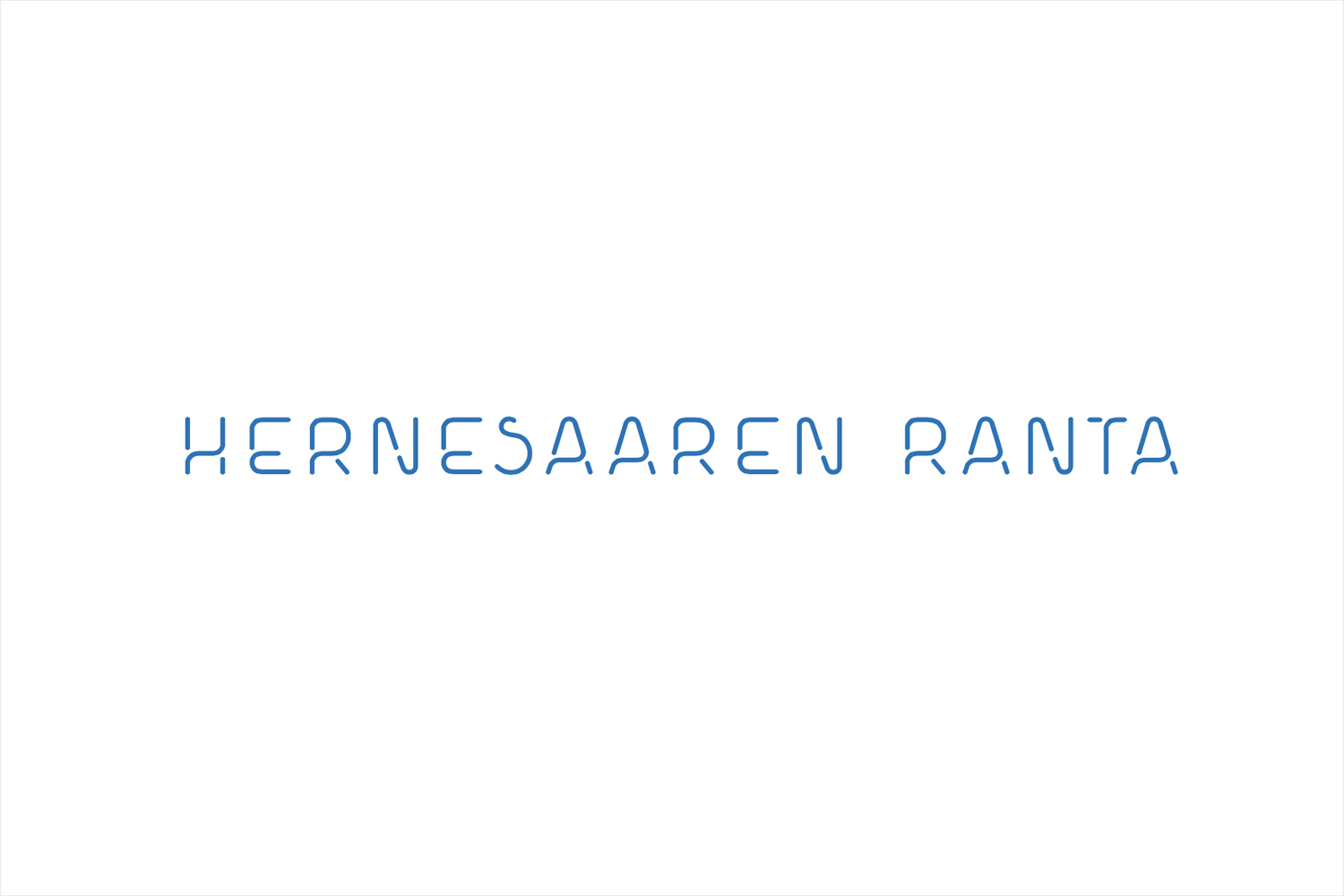 Werklig confidently blend elements of contemporary utility in type and iconography, the creative and communicative qualities of still life images with a light and bright colour palette.

Type appears thoroughly modern in its monolinear build and cuts, existing somewhere between stencil print and neon signage. It is a familiar and current aesthetic, however, some unusual letter forms and breaks, particularly the S, H and E, lend it an idiosyncratic quality which also plays out well through similarly styled iconography. 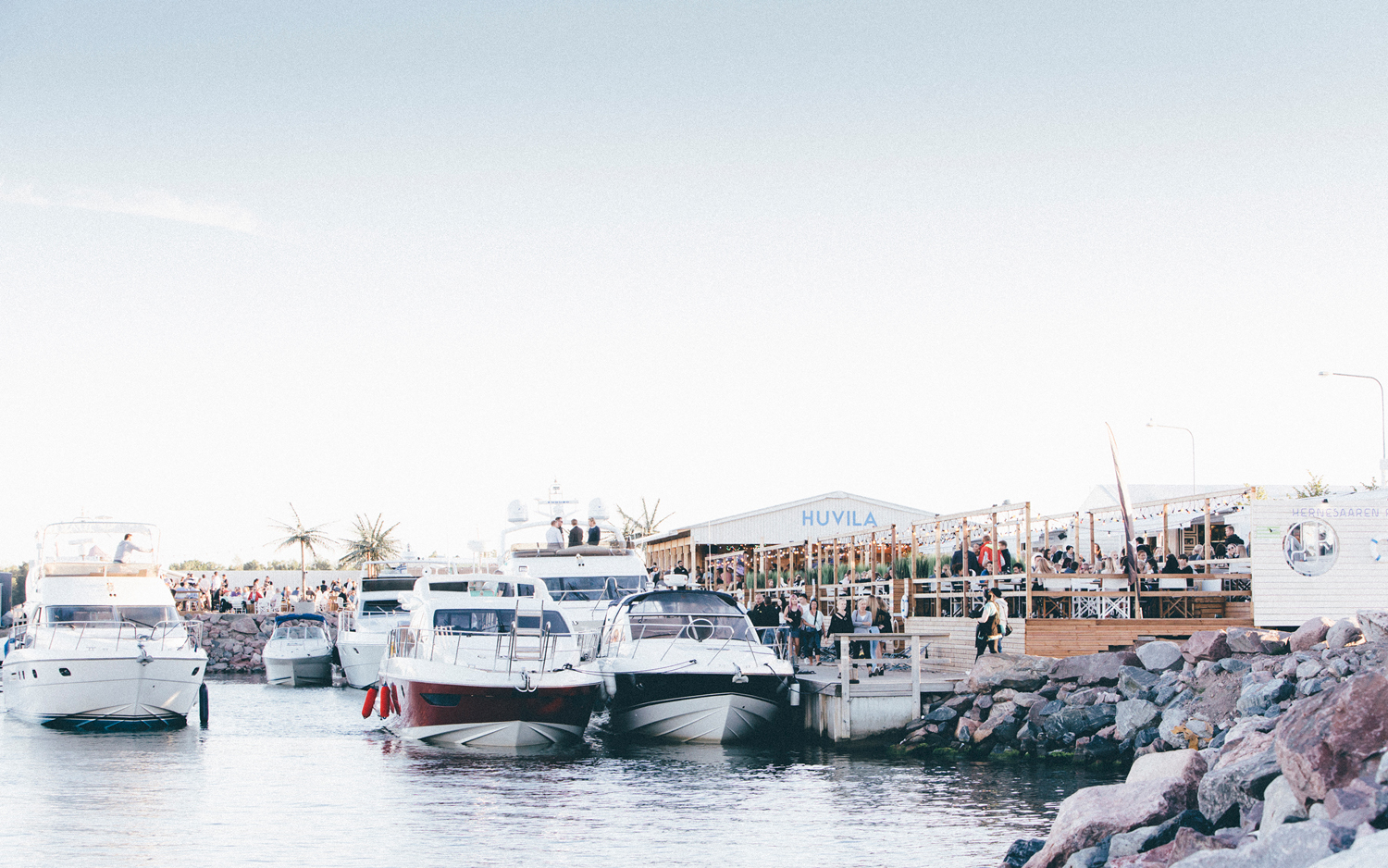 A colour palette of blue, yellow, red and plenty of white space balances the light and nautical with a youthful energy that effectively touches upon the seaside location (also emphasised using stripes and waves) and its summertime opening. The colour of signage, in conjunction with a geometric sans-serif, also adds a touch of the retrospective. 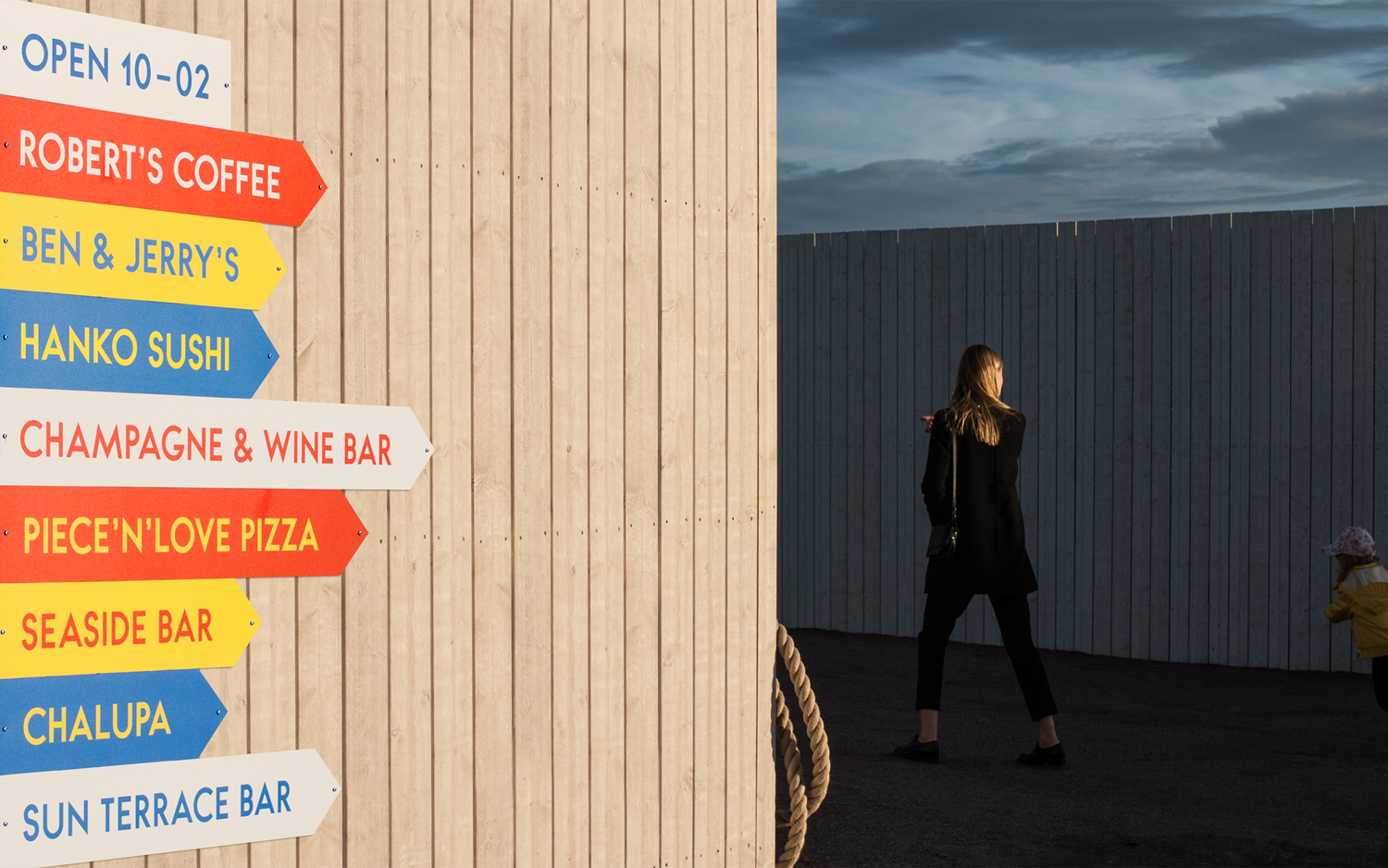 The still life photography, much like monolinear type, feels current and communicative. Through disparate objects these images add further character to identity and function to set tone, and convey some of the facilities and utilities of the area. Items such as the birch broom and laptop, octopus and high-heels do a good job of touching upon tradition and modernity, seaside location, entertainment and style while composition, top down shoot and colour effectively links these. 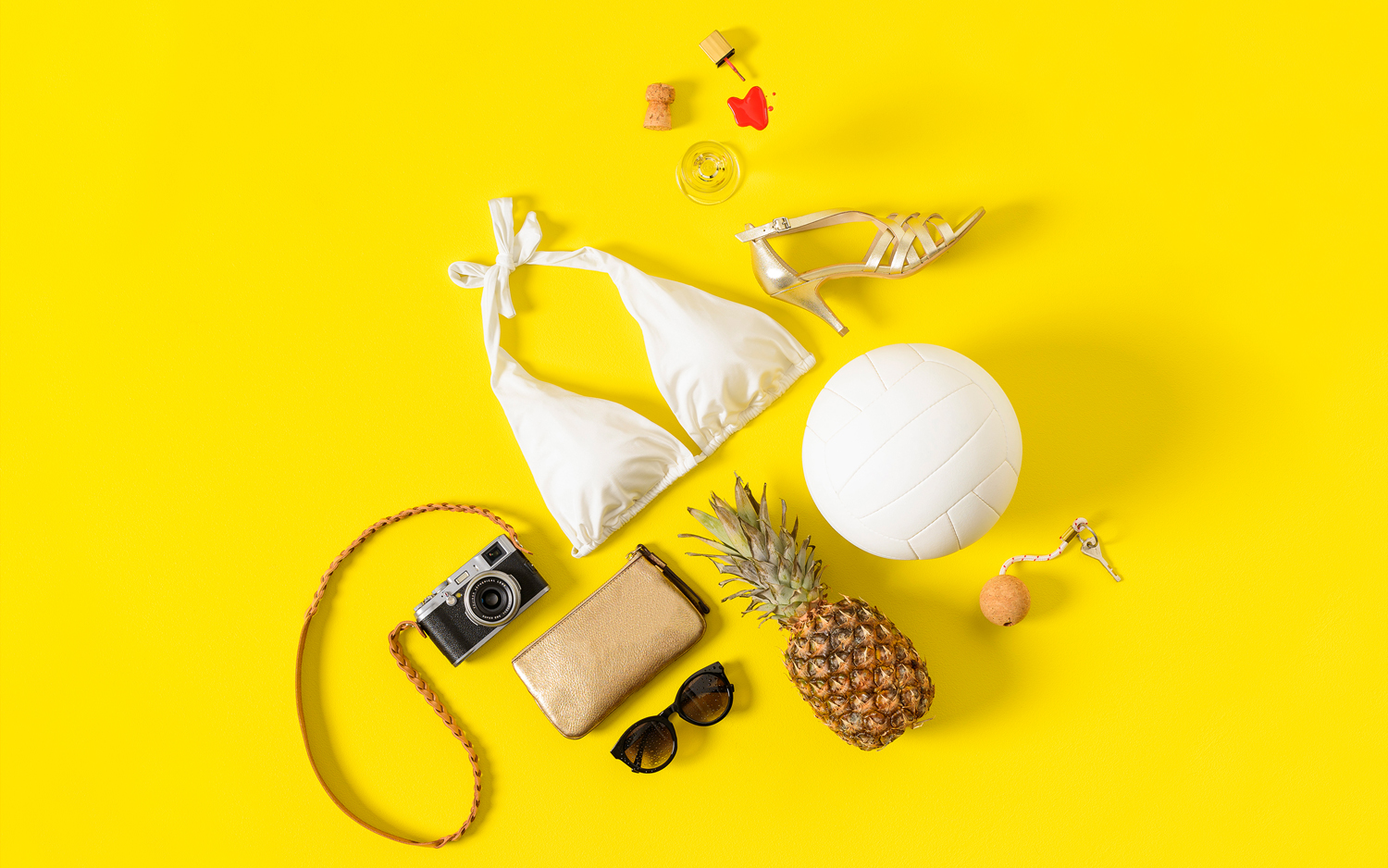 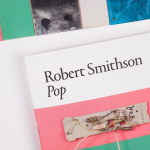