Opinion by Richard Baird Posted 5 May 2016 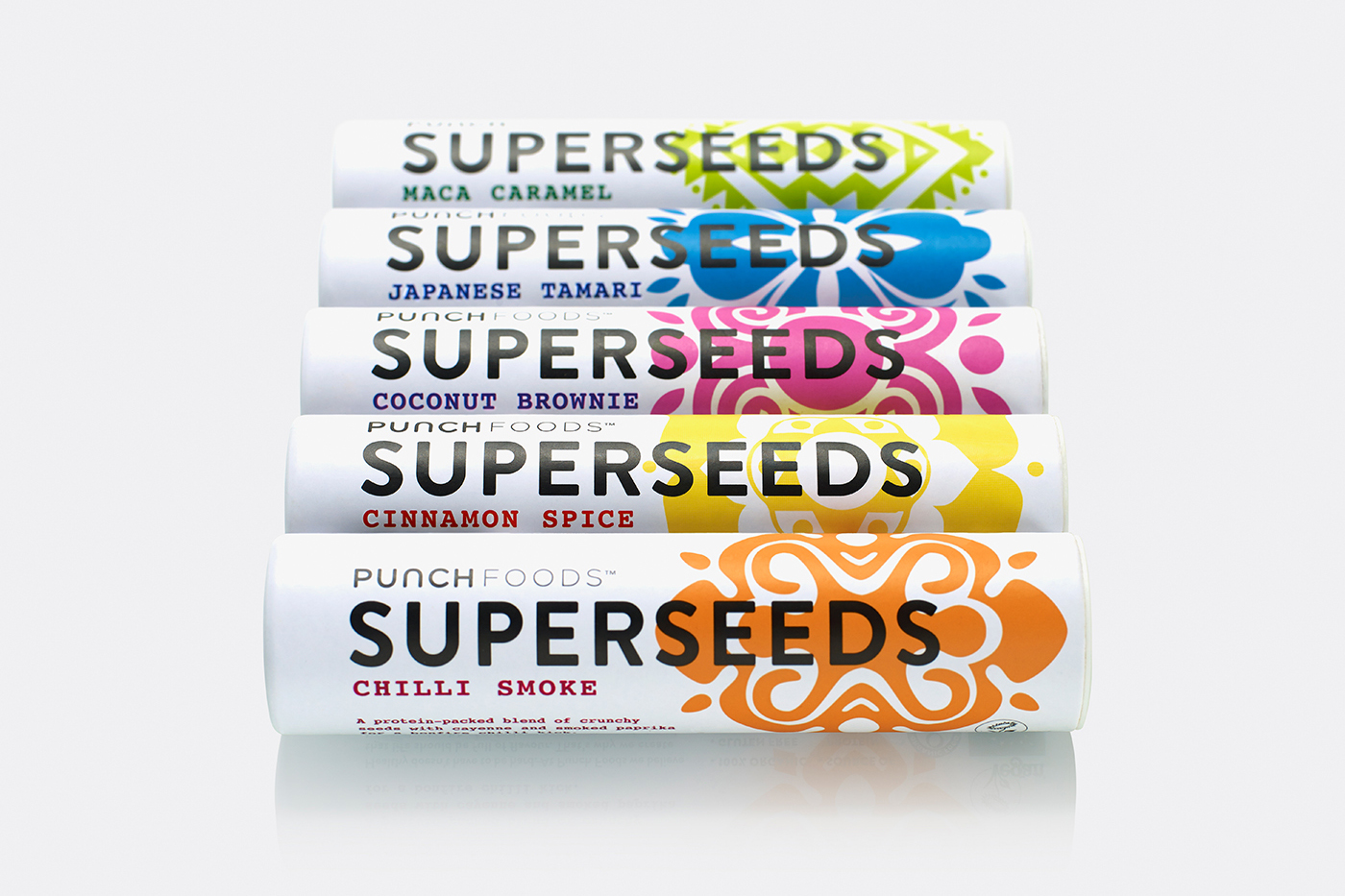 Superseeds is a range of flavoured seeds available in five varieties, all of which are 100% organic, gluten and dairy free. These include Chili Smoke, Maca Caramel and Japanese Tamari. It is the first product from UK health food business Punch Foods, which looks to balance artisanal practice with optimal nutrition and punchy flavour.

Taking their inspirations from the origins of each variety, and the punchy flavour that characterises the Punch Foods brand, London based graphic design studio and packaging specialist B&B Studio worked with the brand to developed a visual identity and packaging treatment for Superseeds. This replaces a tired and low-impact design with one of modernity and distinction—in form, colour and high contrast. 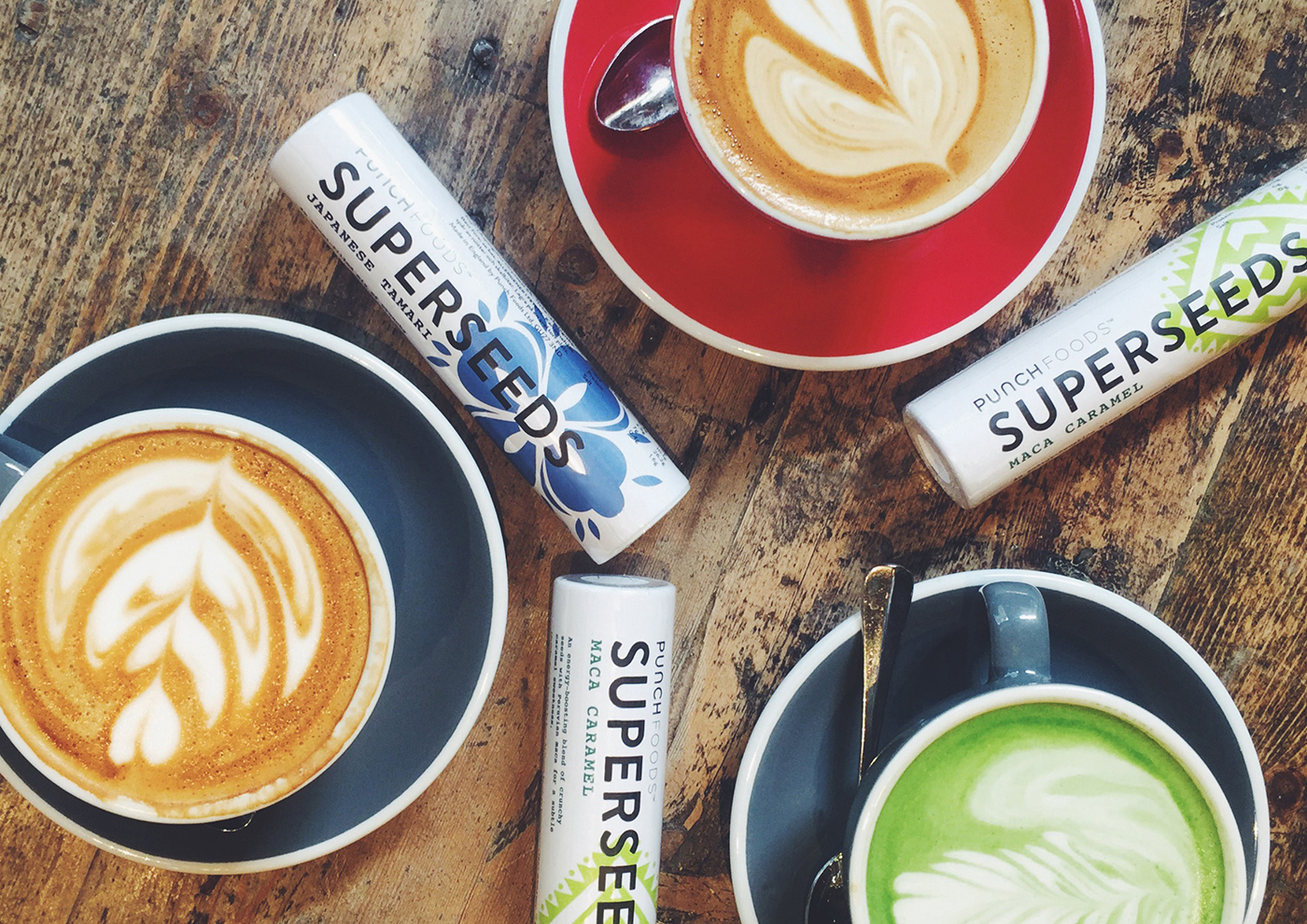 Superseeds’ new packaging hinges on a series of bright motifs, some current typographical choices and spacious layout. These motifs find a pleasant balance between subtle cultural influence and contemporary simplicity, and are drawn with a good sense of positive and negative space, youthful energy, individual distinction and an overall cohesion.

Bright synthetic spot colour, unusual in their opposition to the natural qualities of product, serve as an impactful and memorable visual cue from a distance, a tool for clearly dividing flavour (alongside form language) and, more importantly, are in service of a broader brand message of punchy flavour. These colours are enhanced by plenty of white space yet tempered by the very earthy qualities of product, as seen through the window of the bag. 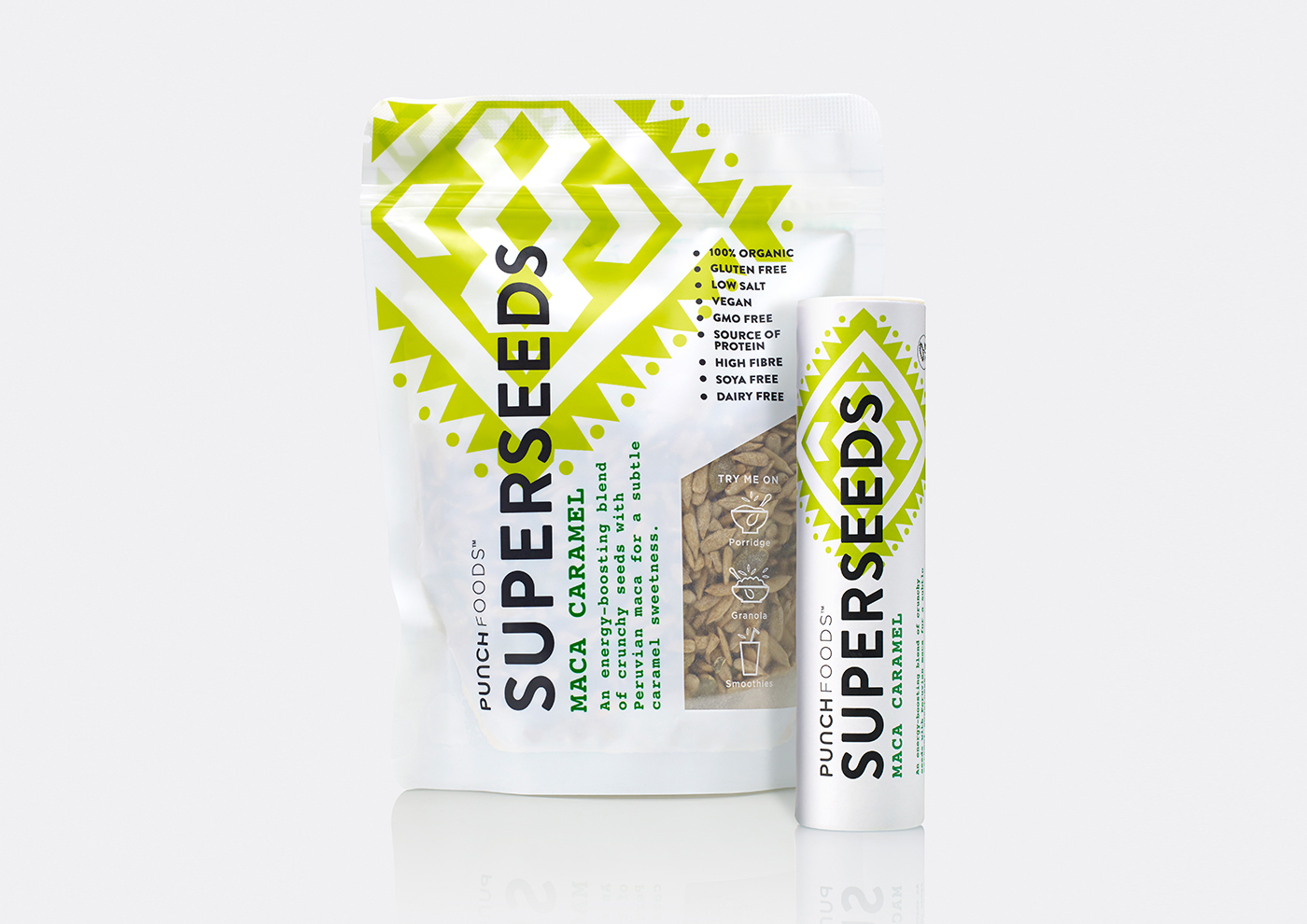 The combination of Brandon Grotesque and typewriter font feels expected but communicative, blending modernity and commodity with a strong enough contrast to divide key pieces of information. When you take the logotype out of the context of packaging or website, which online retailers often do, it has a lot less impact and value. This is not helped by Brandon Grotesk’s continued use within the UK health food sector, and the wider artisanal market. Perfectly Paleo comes to mind but there are a bunch of others. 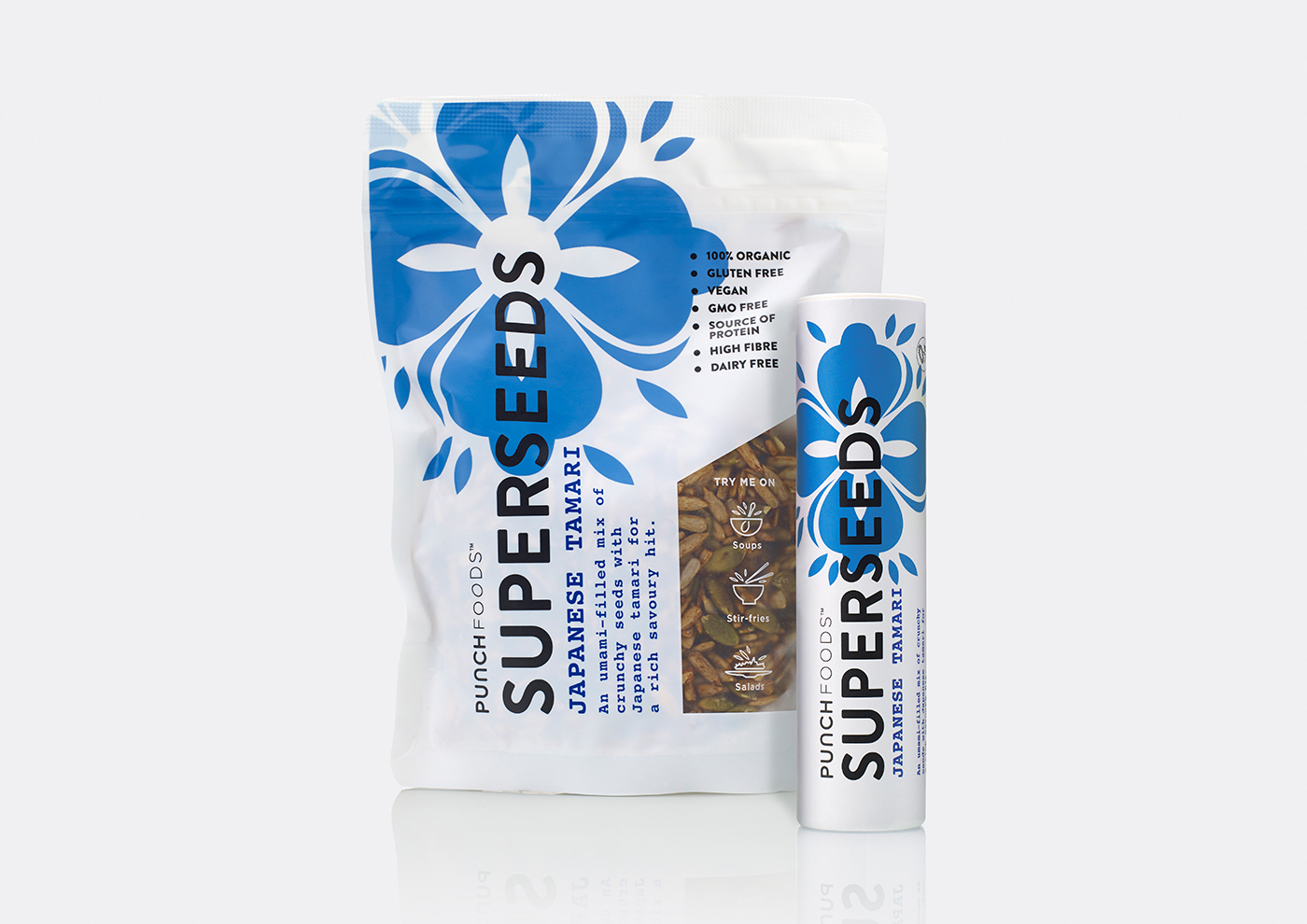 There is an unmistakable continuity between bag and tube, not only in colour, type and motif, but also in layout, whilst also making the most of two very different structures. Alongside high colour contrast and a good use of proportion, these contribute to a clear hierarchy of information and comfortably find a balance between contemporary visual impact and understandable communicative intention. This also plays out well online. More from B&B Studio on BP&O. 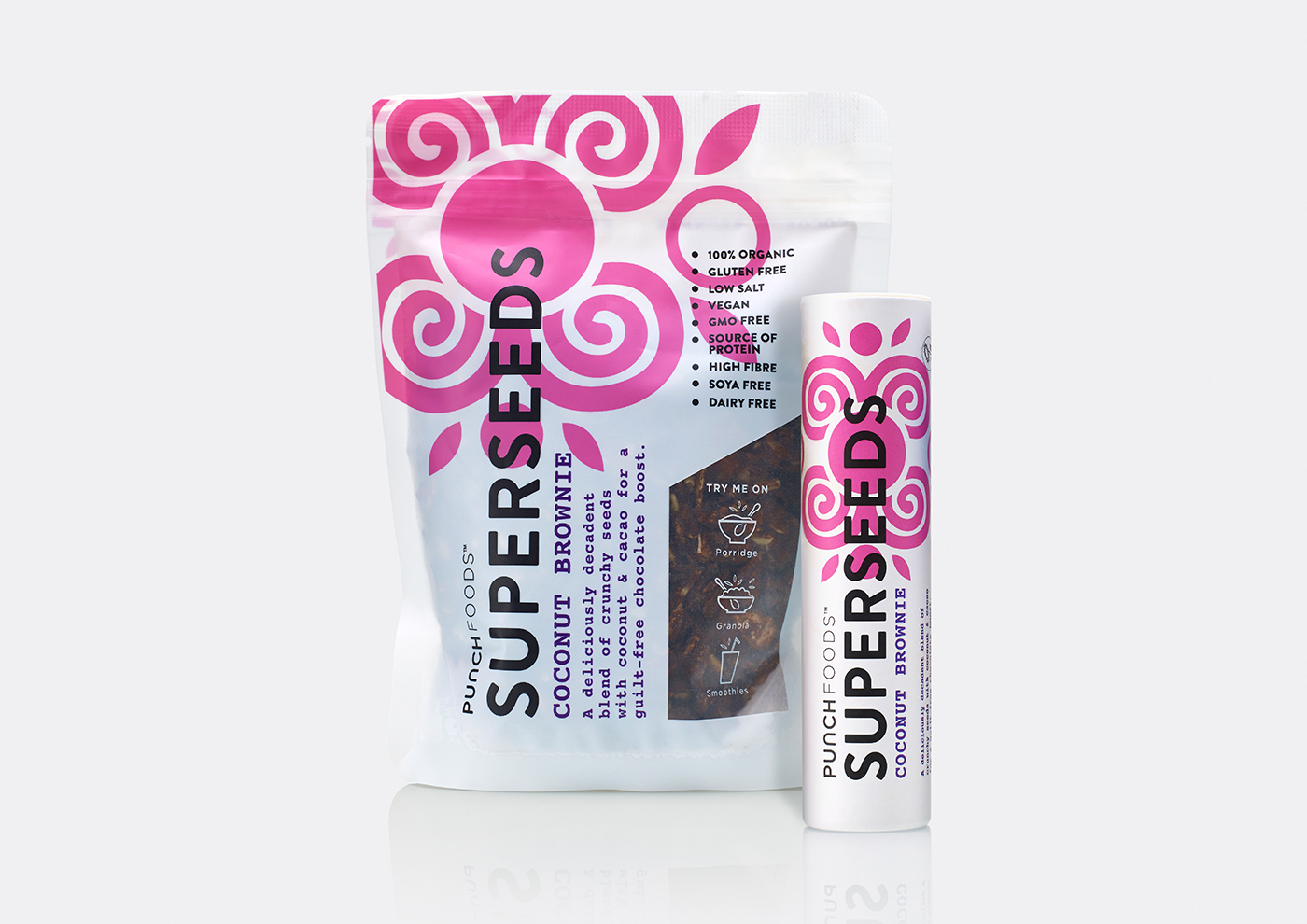 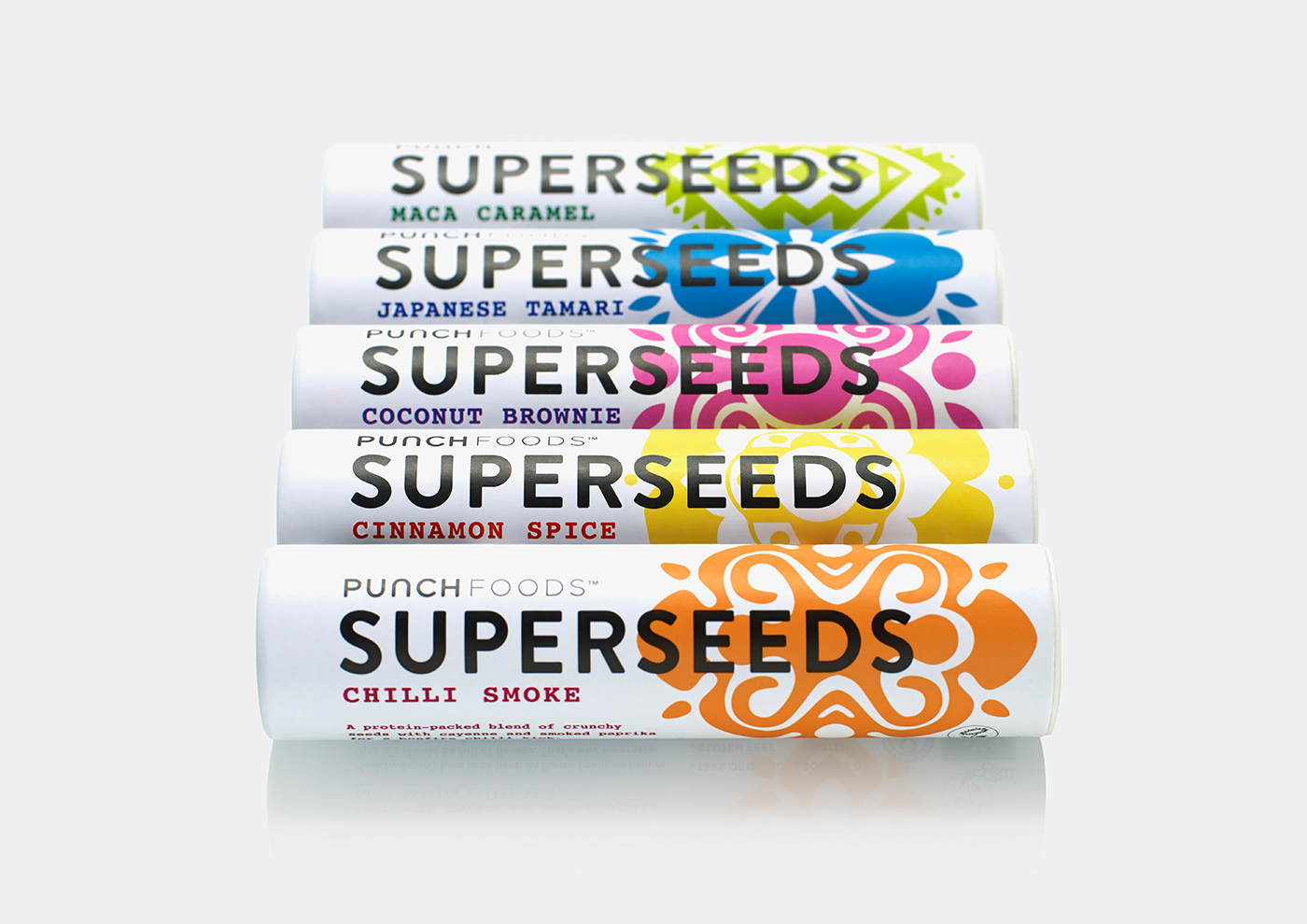 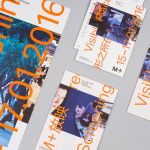 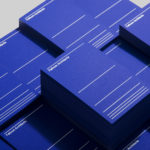 Fathom Architects by dn&co
Next
Get once weekly updates