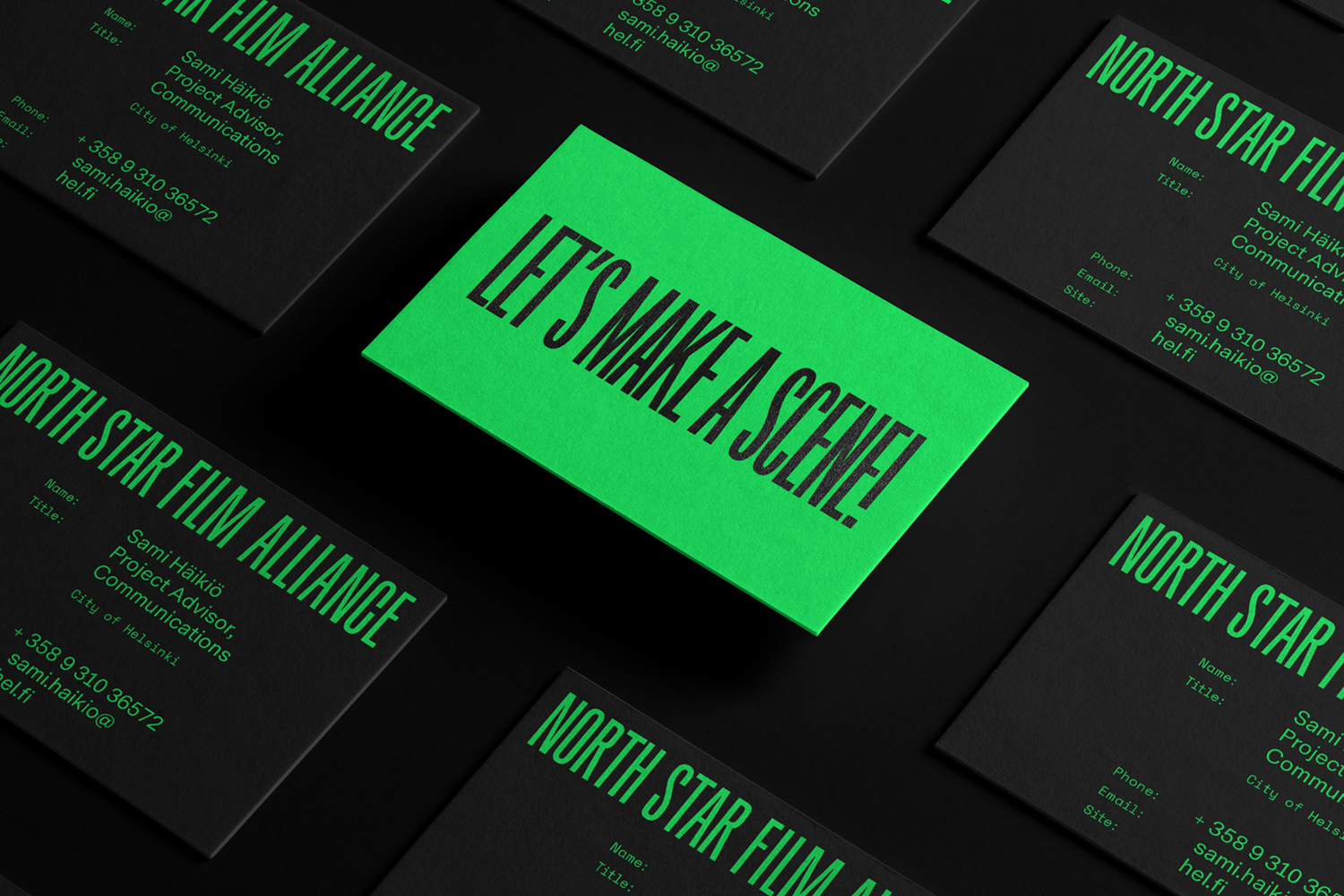 North Star Film Alliance (NSFA) is a joint venture between Estonia, Latvia and Finland. The Alliance intends to develop and promote themselves as one filmmaking region to international film and TV productions. It is a competitive marketplace, with other countries provide low tax rates and incentives to film big-budget spectacles on their stages using local crews. Together, the three countries offer a diverse and unspoilt nature, architectural diversity, political stability, cost effective production and infrastructure, as well as international travel hubs and the best drone pilots for arial footage. Design studio Bond recognised that the challenge lay, not only in developing an immediate and striking visual identity, but to establish a framework, codified in a new brand guidelines document, that could support and collectively raise the profiles of multiple cross-border partners in the Alliance. 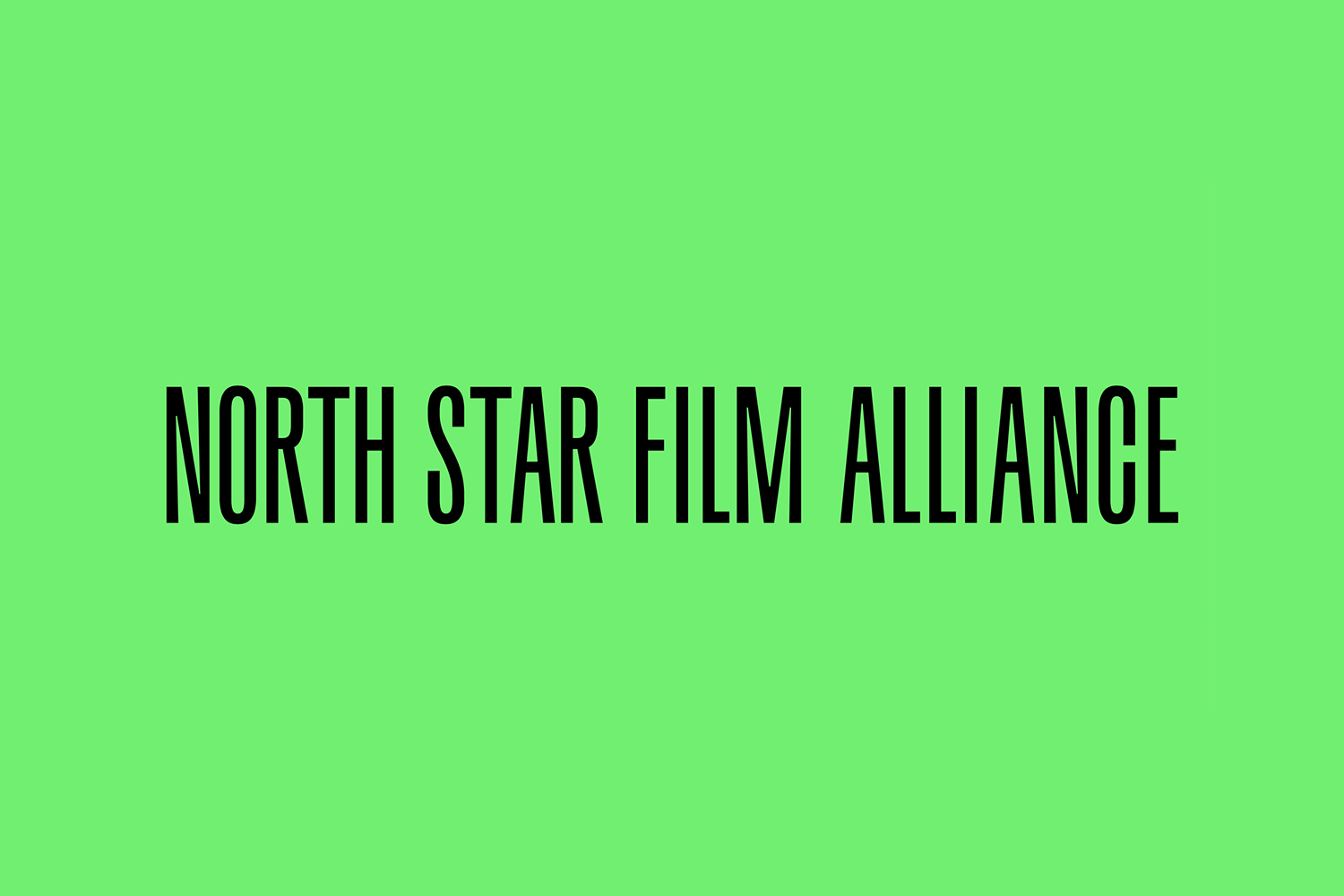 The international market is made up of a range of incentives. Tax breaks at the political level and different cultural programmes supported by government, alongside local talent, trained and competitively priced crews, and the power of film-making legacy. These create a tough market place for individual countries to position themselves in. An alliance becomes a necessary mechanism to develop a viable proposition. Infrastructure and skills are built from the ground up by way of independent filmmakers, small broadcasters and those backed by new online content platforms, and it is they who feel this visual identity is aimed at, rather than those studios developing Hollywood majors. The graphic immediacy of colour and type functions well in the spaces where such an opportunity maybe sort out; the internet, via marketing packs and promotional contexts such as industry events and awards. 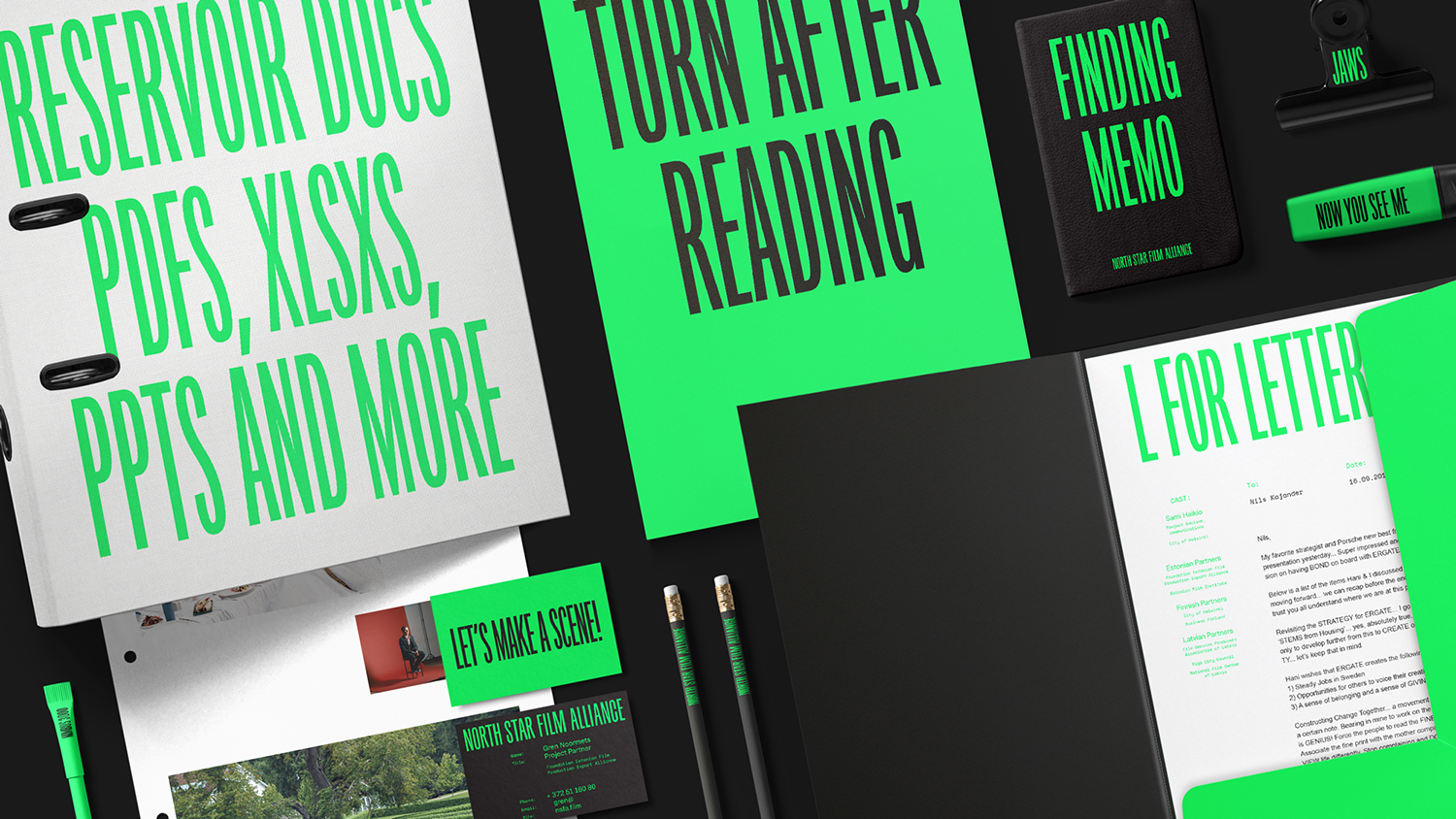 Having a graphic immediacy and character is essential, an invitation to find out more, to discover a proposition that is not exclusively about tax breaks and the economics local labour. The green screen, thanks to behind the scenes featurettes, has become part of the common visual language of filmmaking and movie magic. The previously hidden and banal becomes a focal point and striking gesture, it demands to be seen and acknowledged, ideal for those new to the market place. This is complimented by Production Type’s Origin Super Condensed, itself delivering a graphic immediacy through letterforms and language. 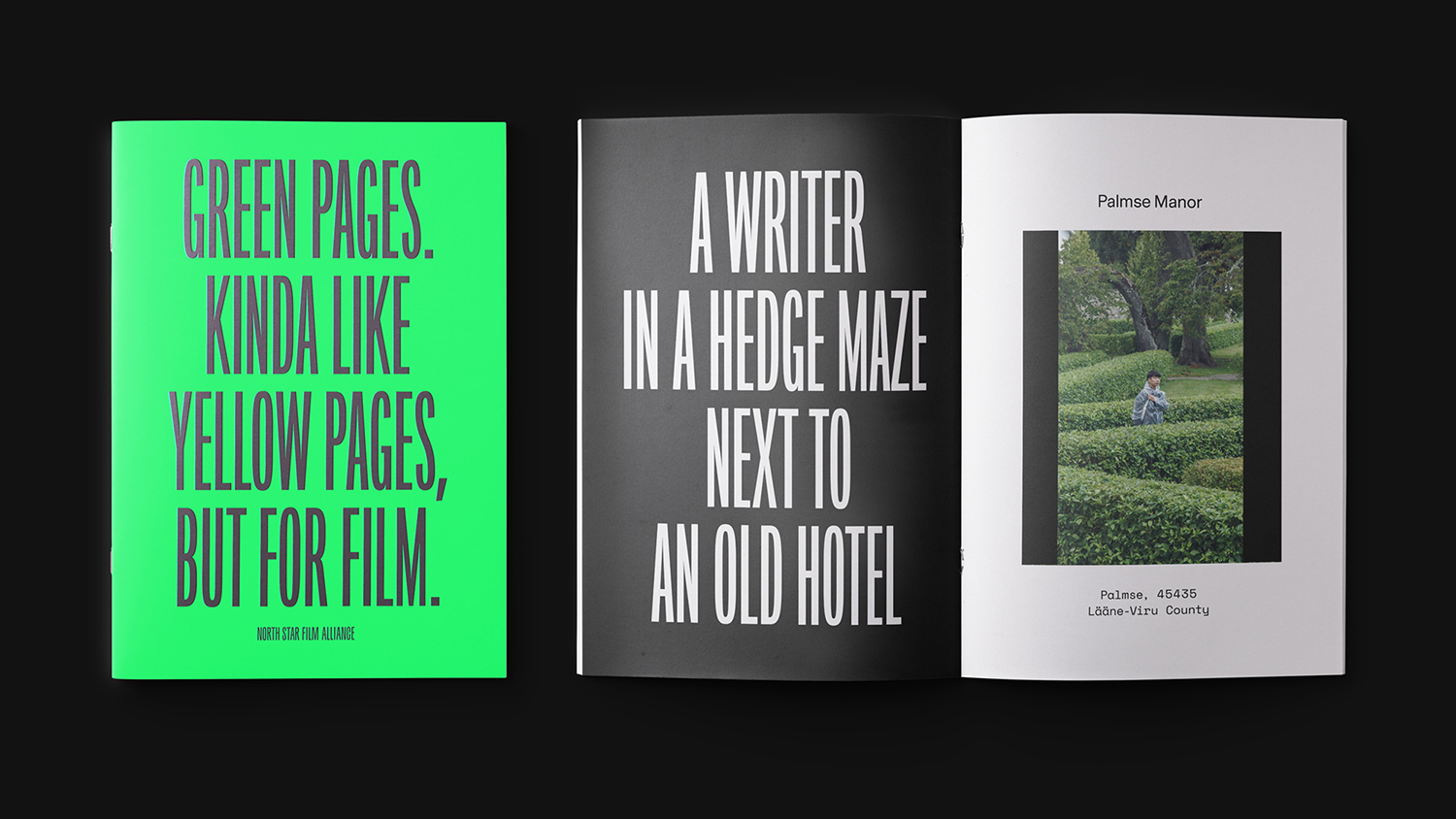 Aside from the visual immediacy of colour palette and typography, there is a conviviality to the visual identity by way of copywriting. The context specific film references are a neat trick, particularly as location is a central component of the offering. There are some lovely ideas here, and Bond have clearly had plenty of fun. Of course, some work better than others, and the reality of producing this many assets with a screen printed ink or special is perhaps geared more towards showing potential, which it has, and creating a great case study, which it does.

Other highlights include the intersection of the green screen, fluorescent ink/paper and augmented app technology, the scripted qualities of the brand guidelines and the colour palette description; Chroma Key Green, Spotlight White and End Credits Black. Bond have fully leaned into cinematic reference and reverence, but keep it from being contrived in the simplicity of a largely typographical delivery. More work by Bond on BP&O. 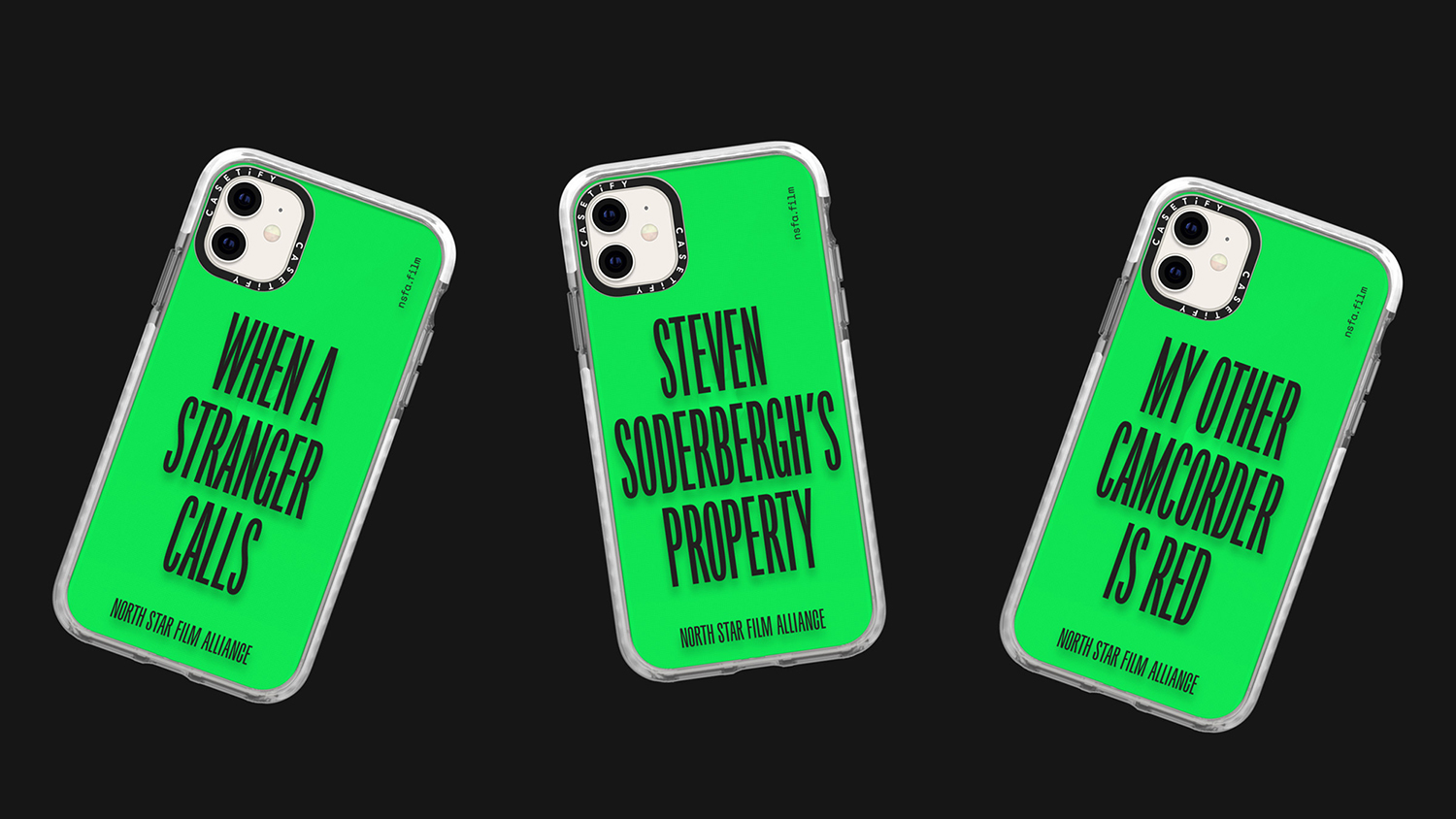 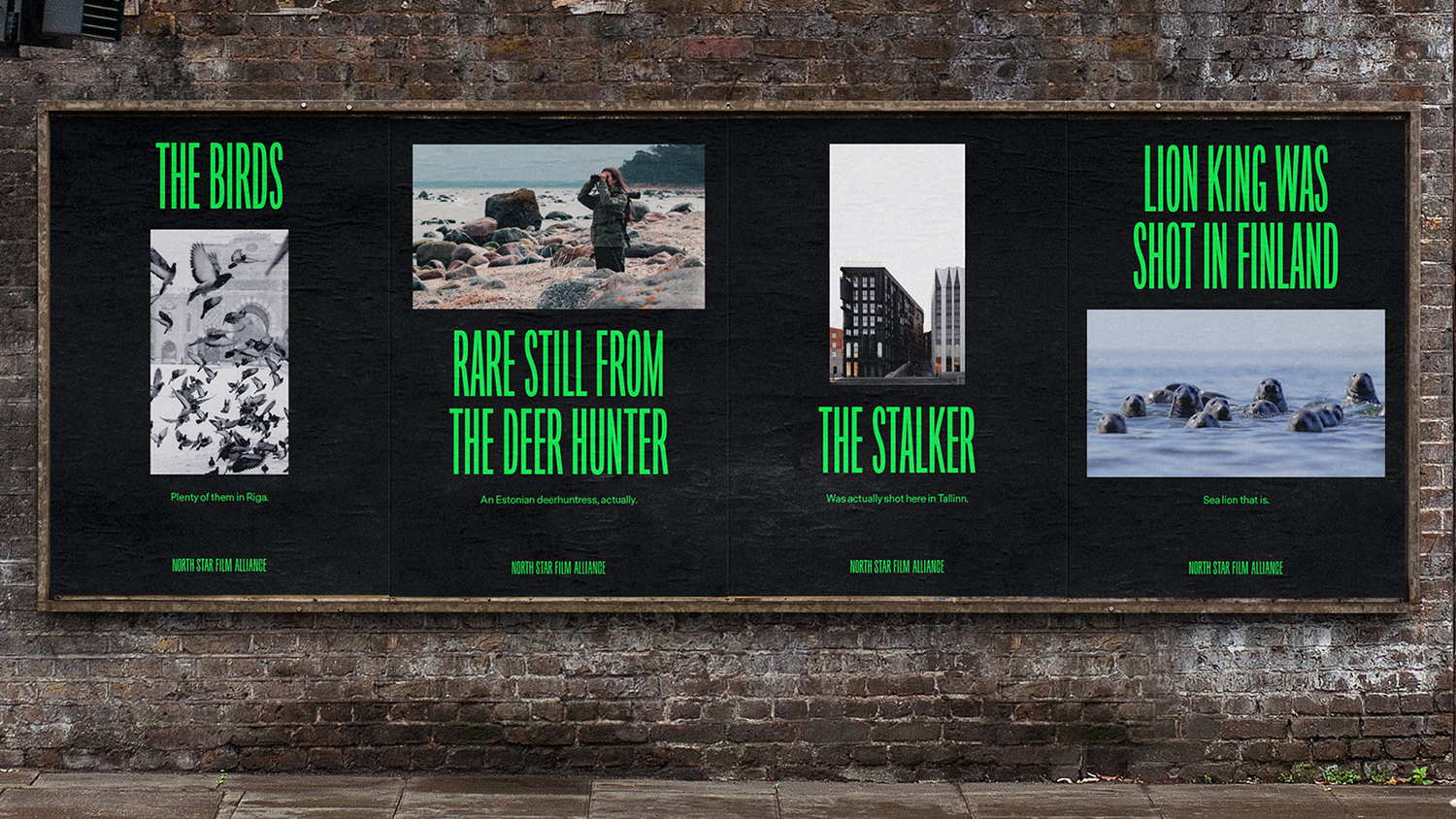 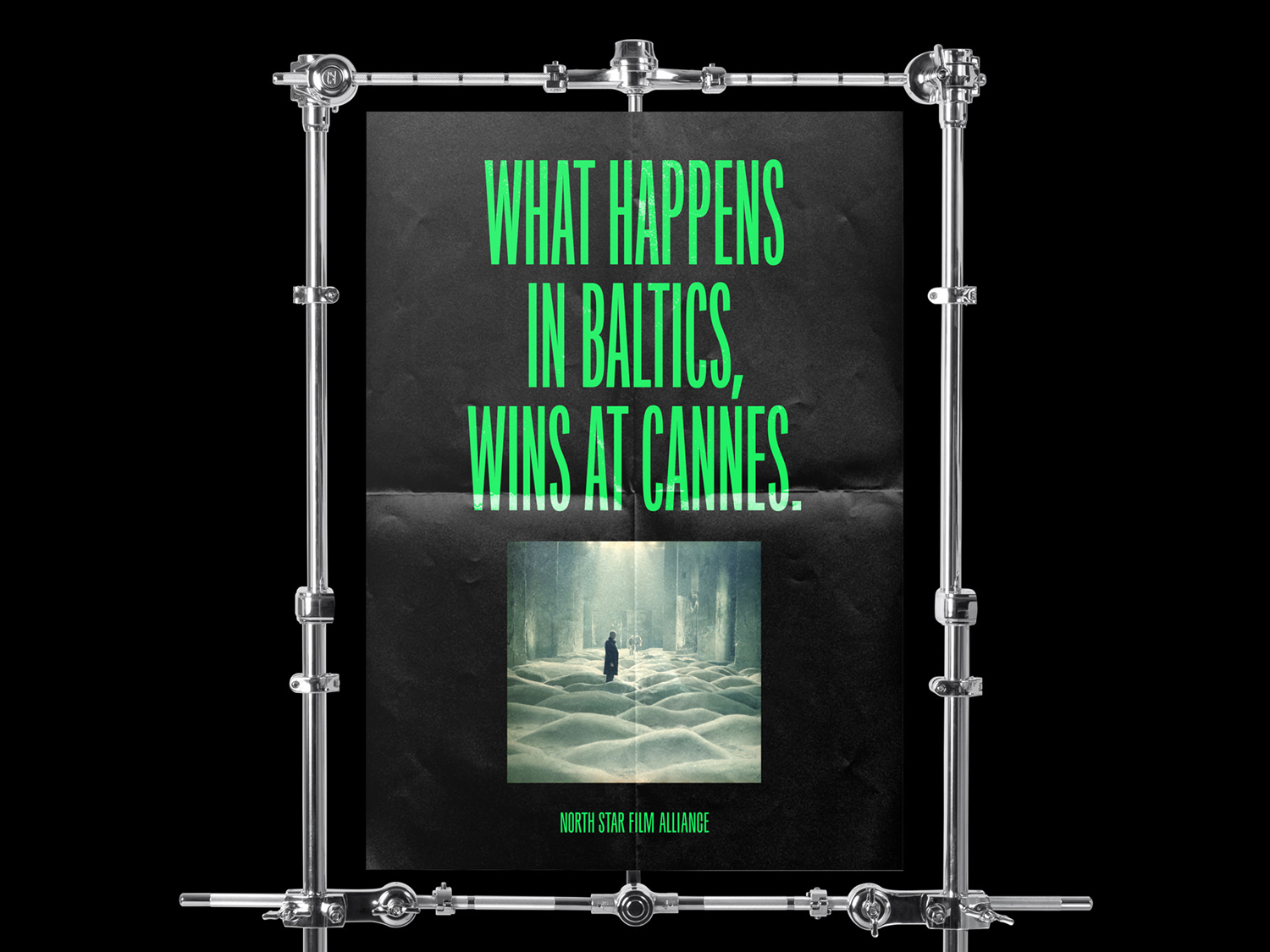 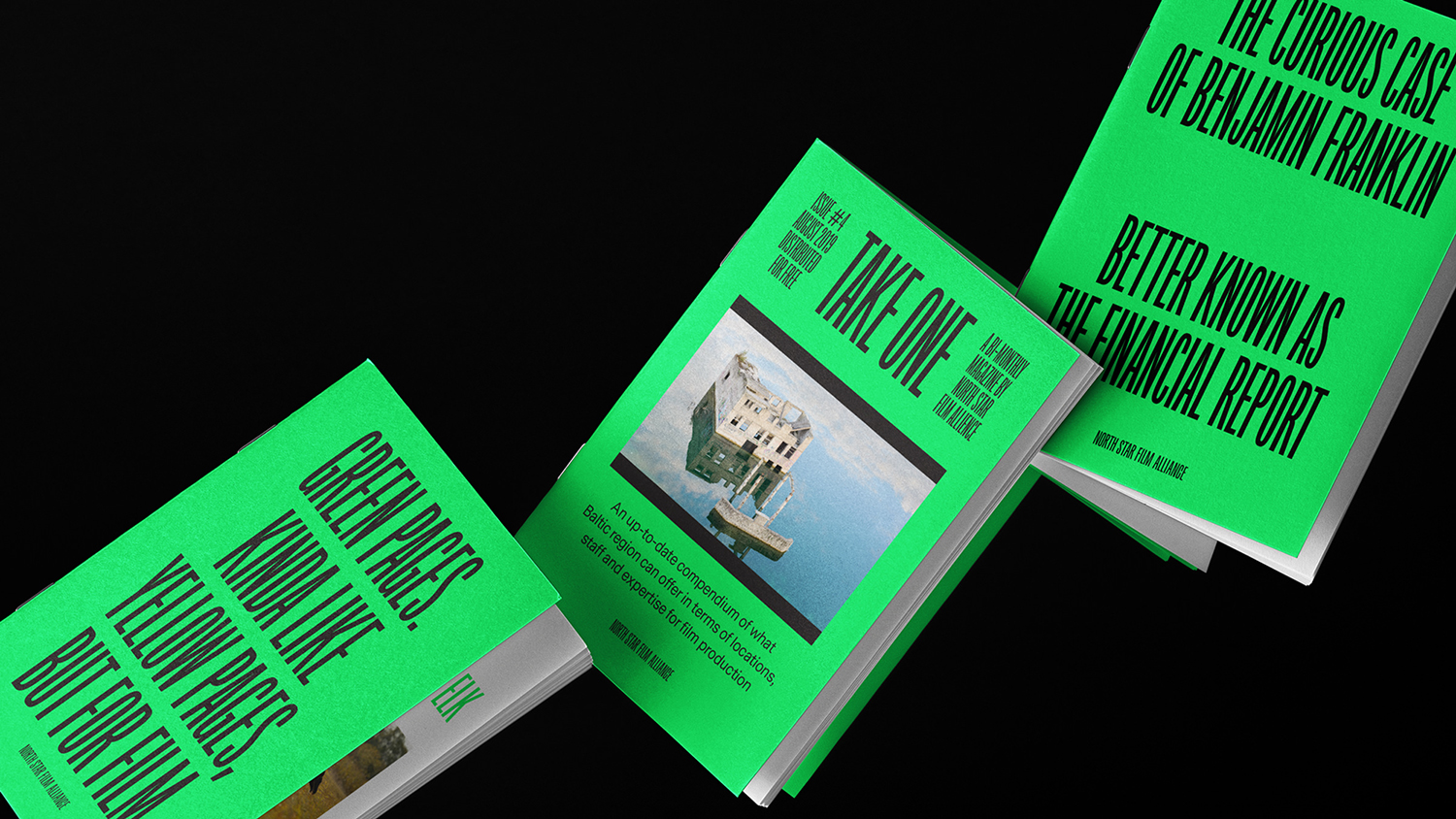 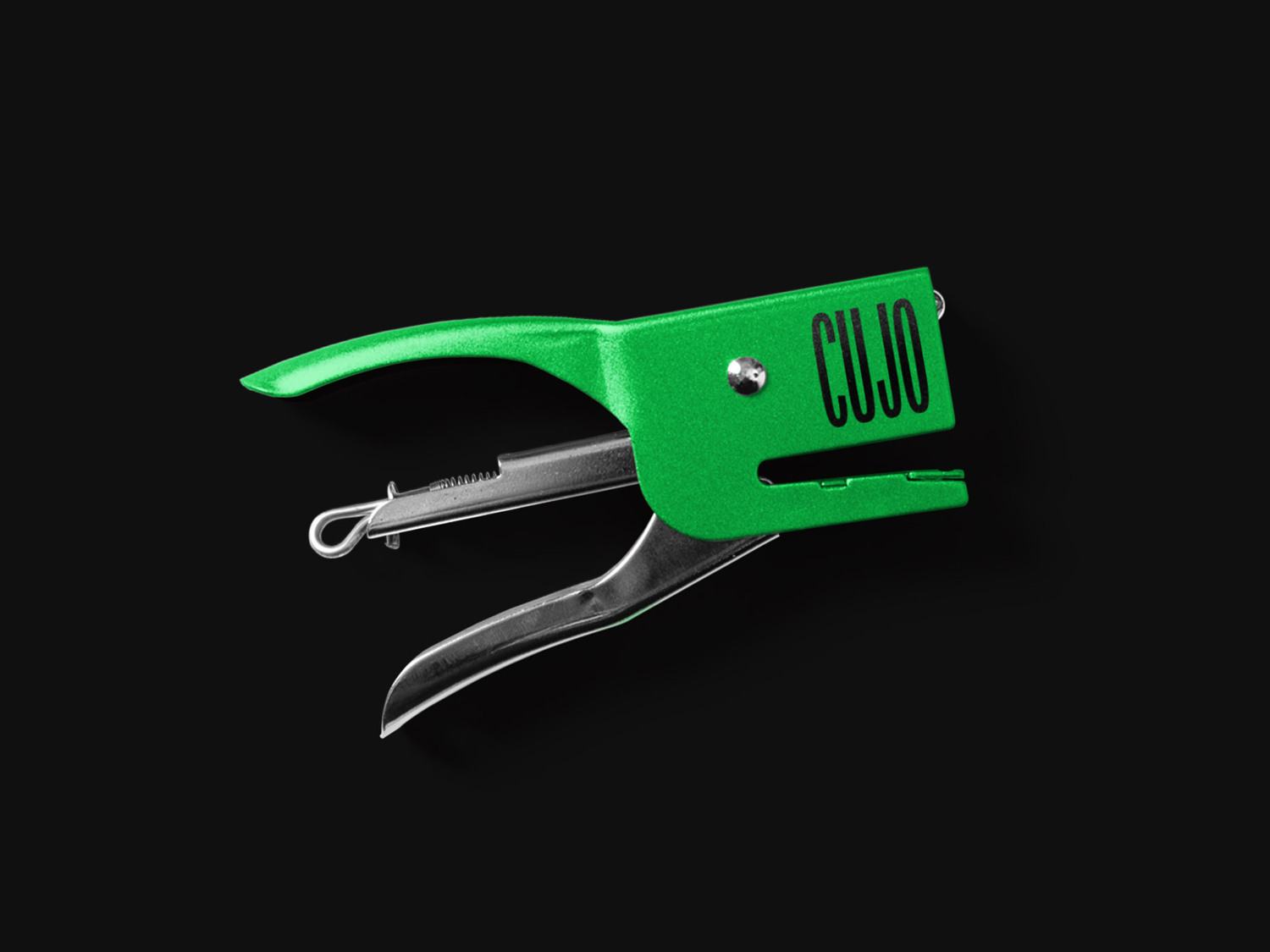 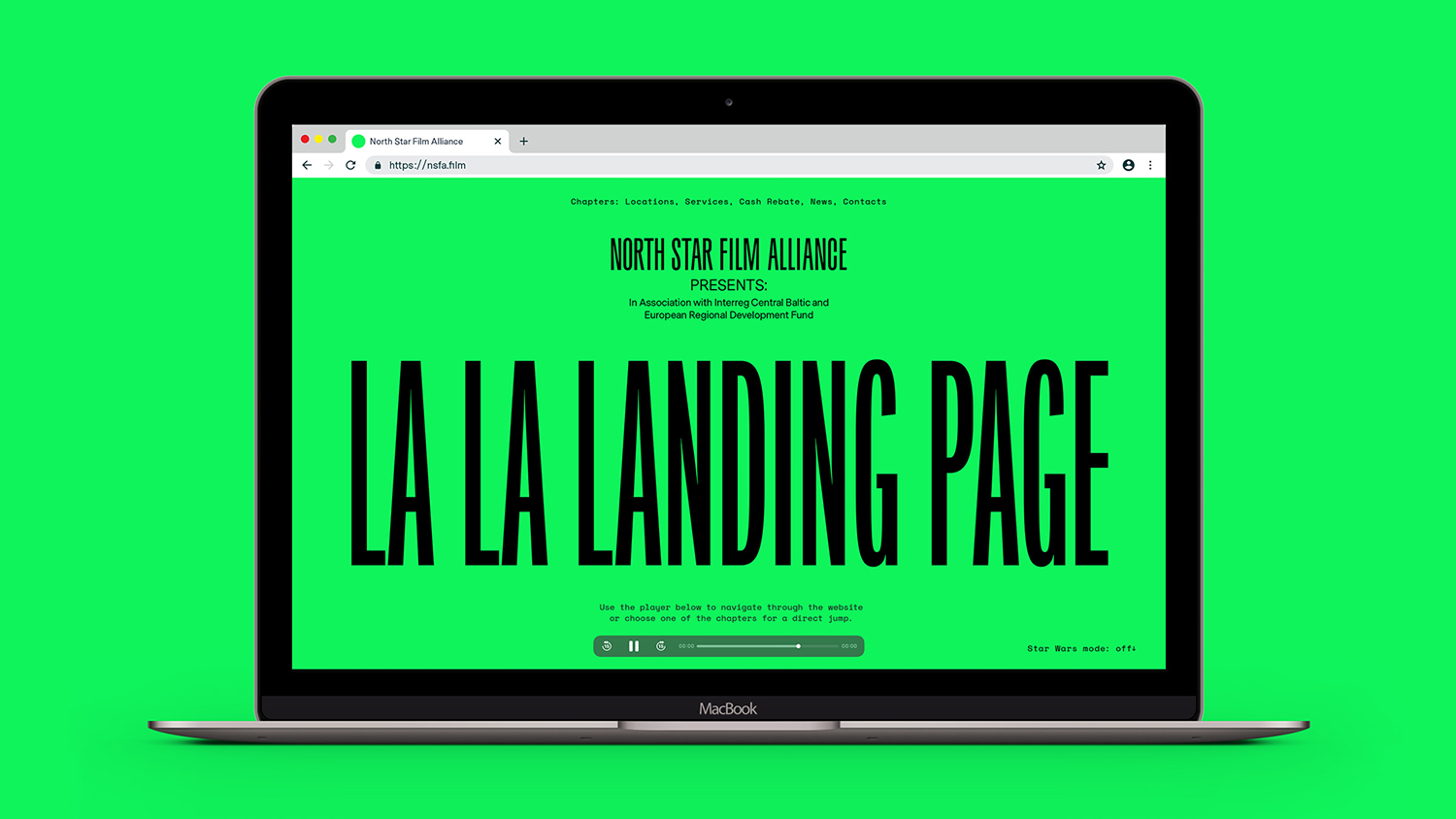 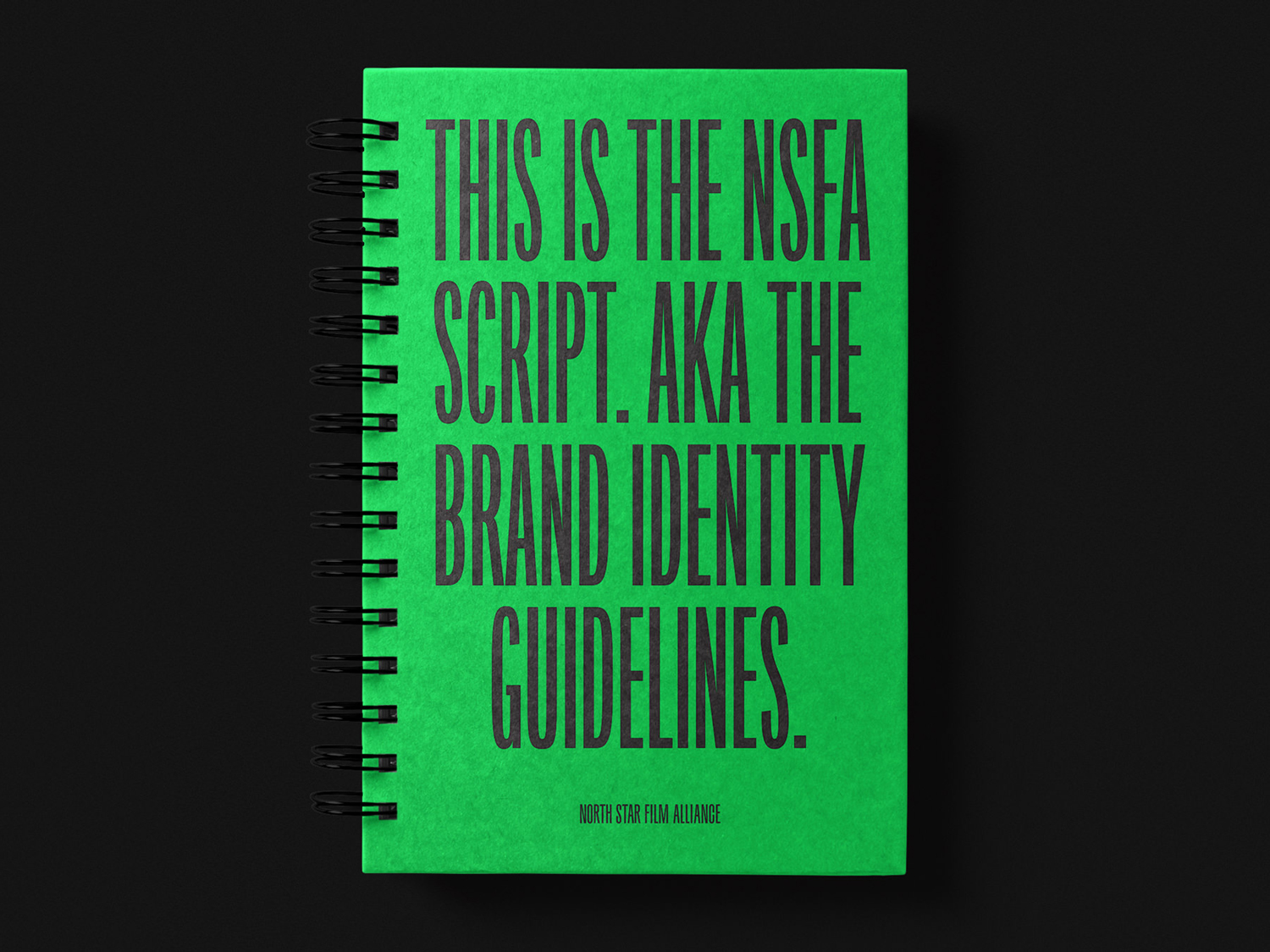 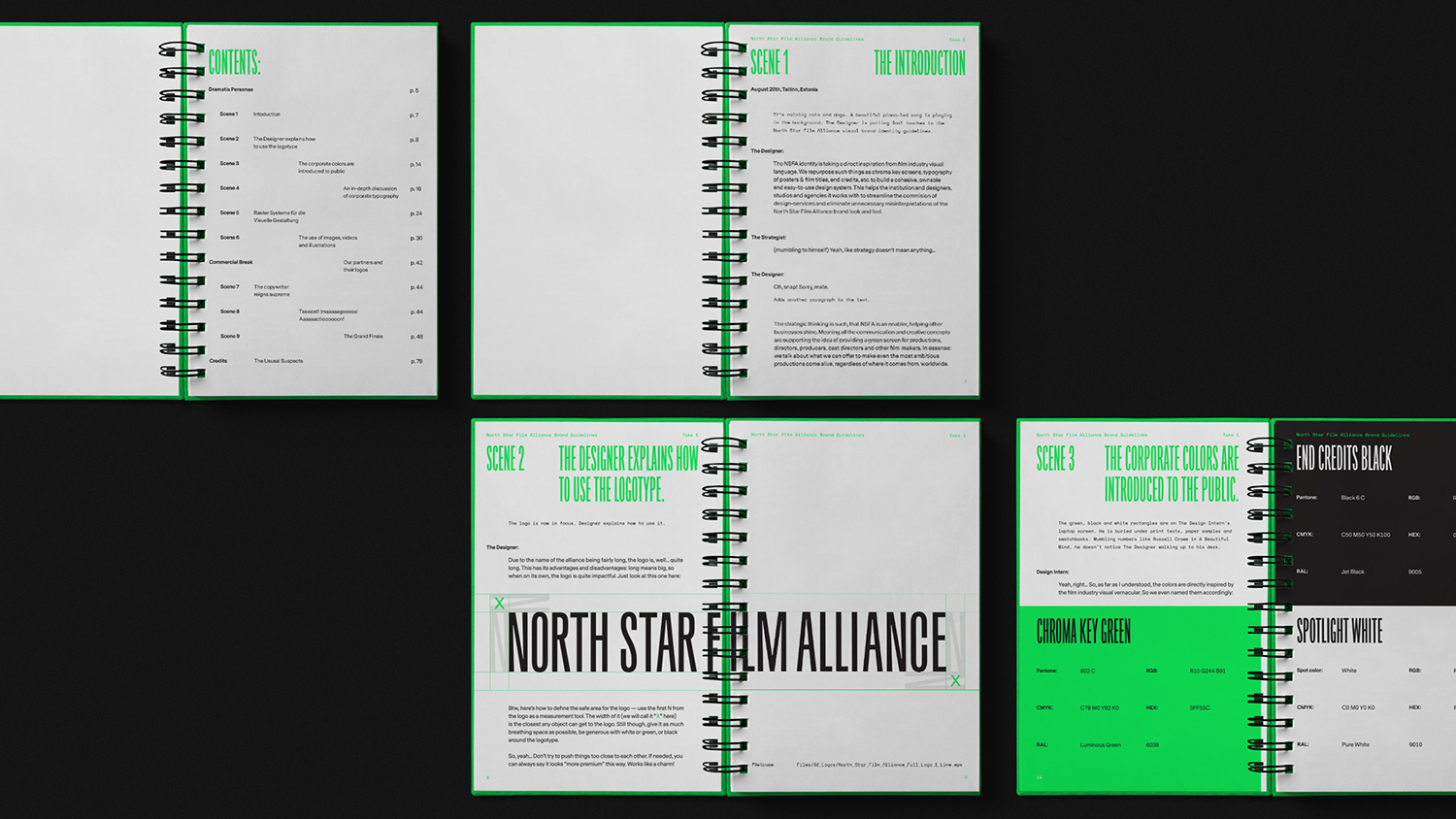 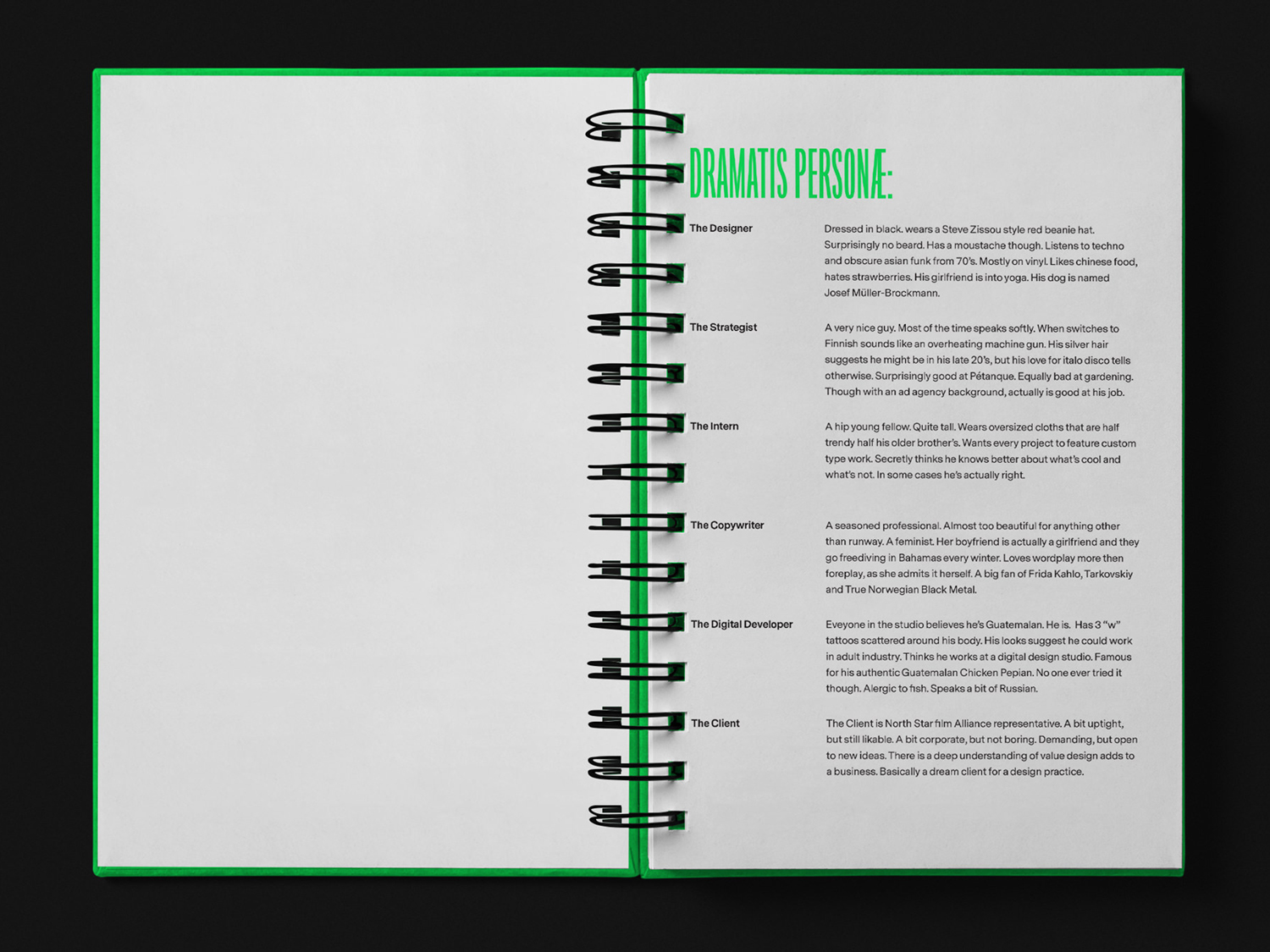 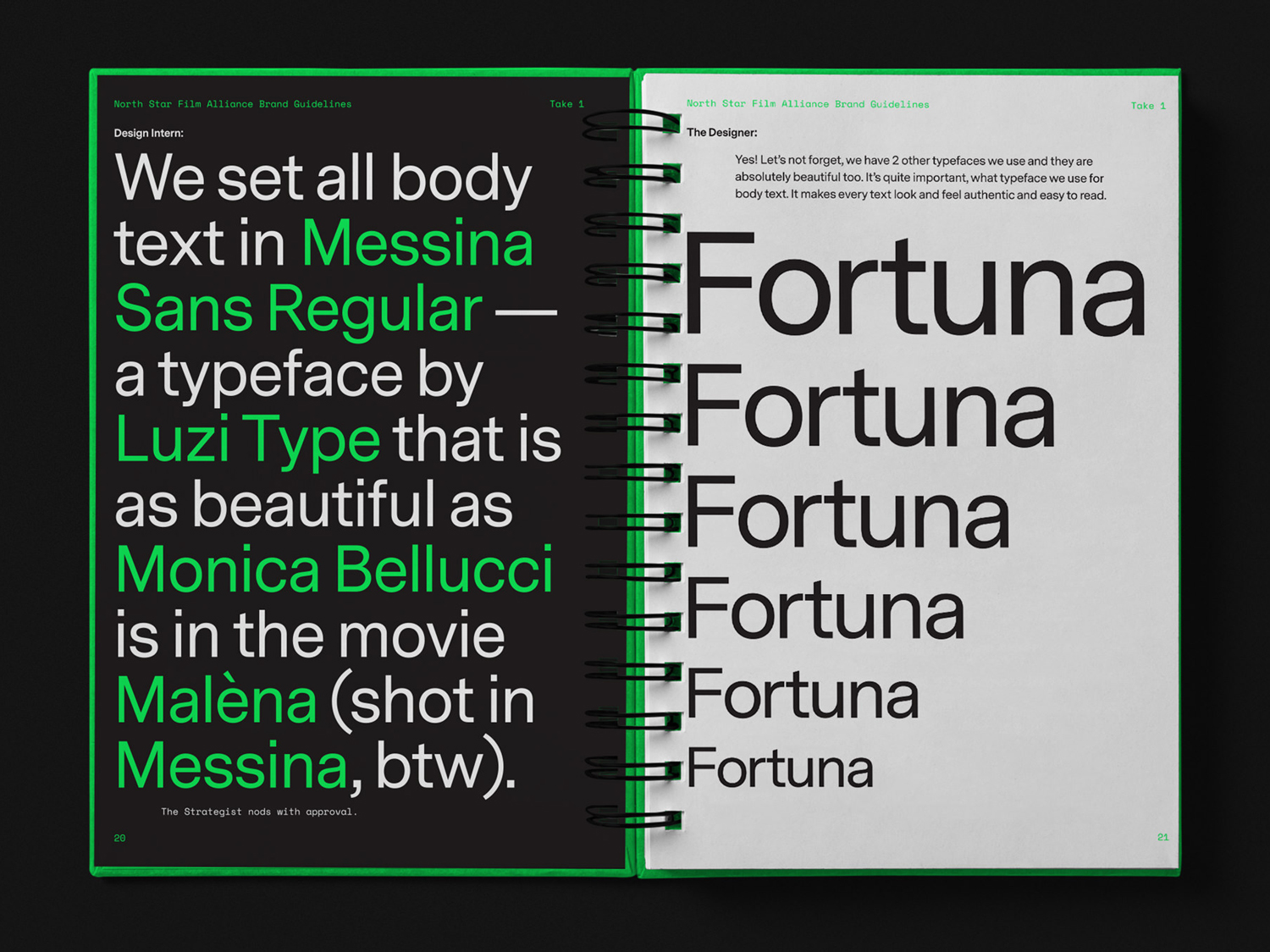 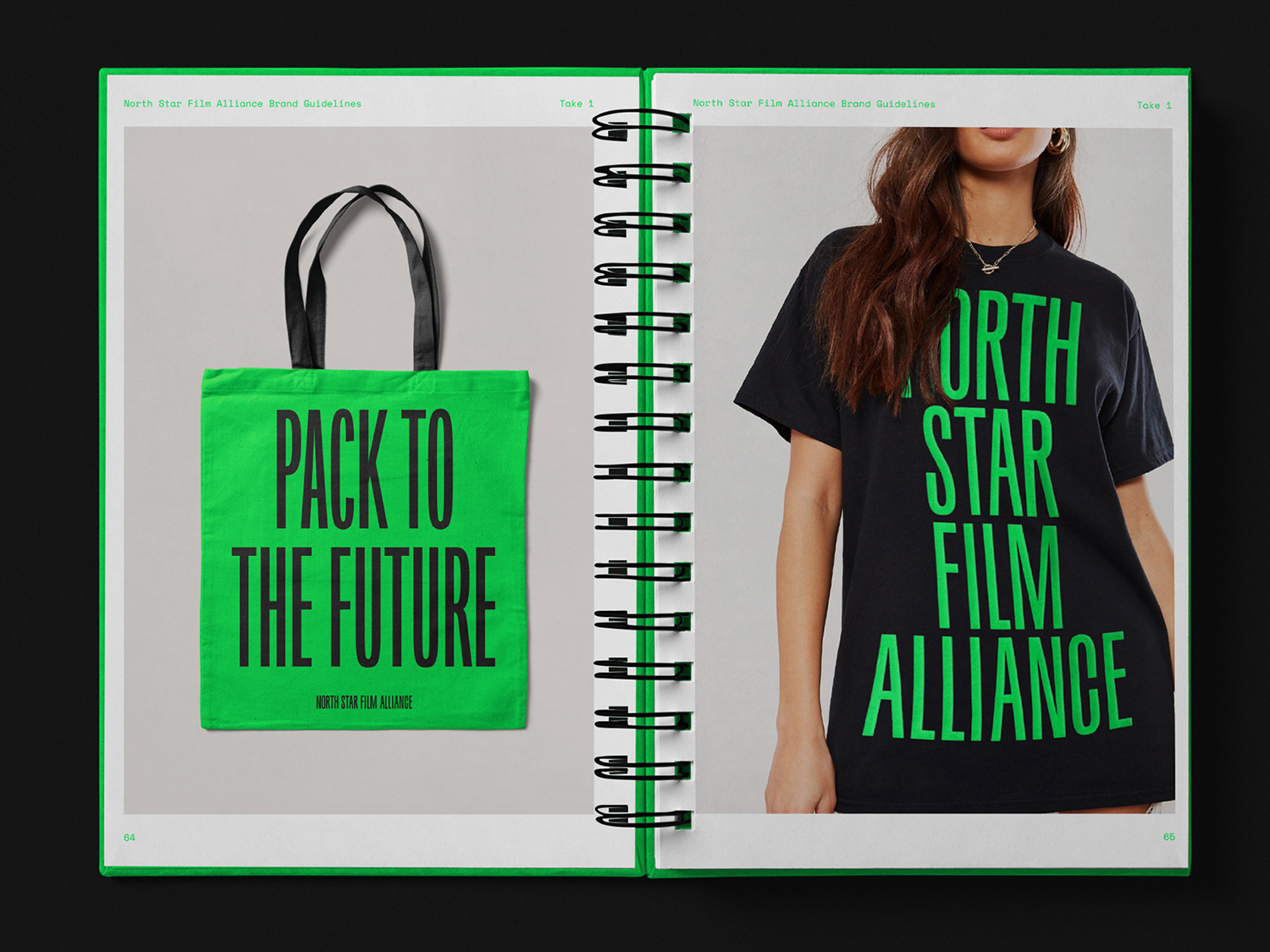 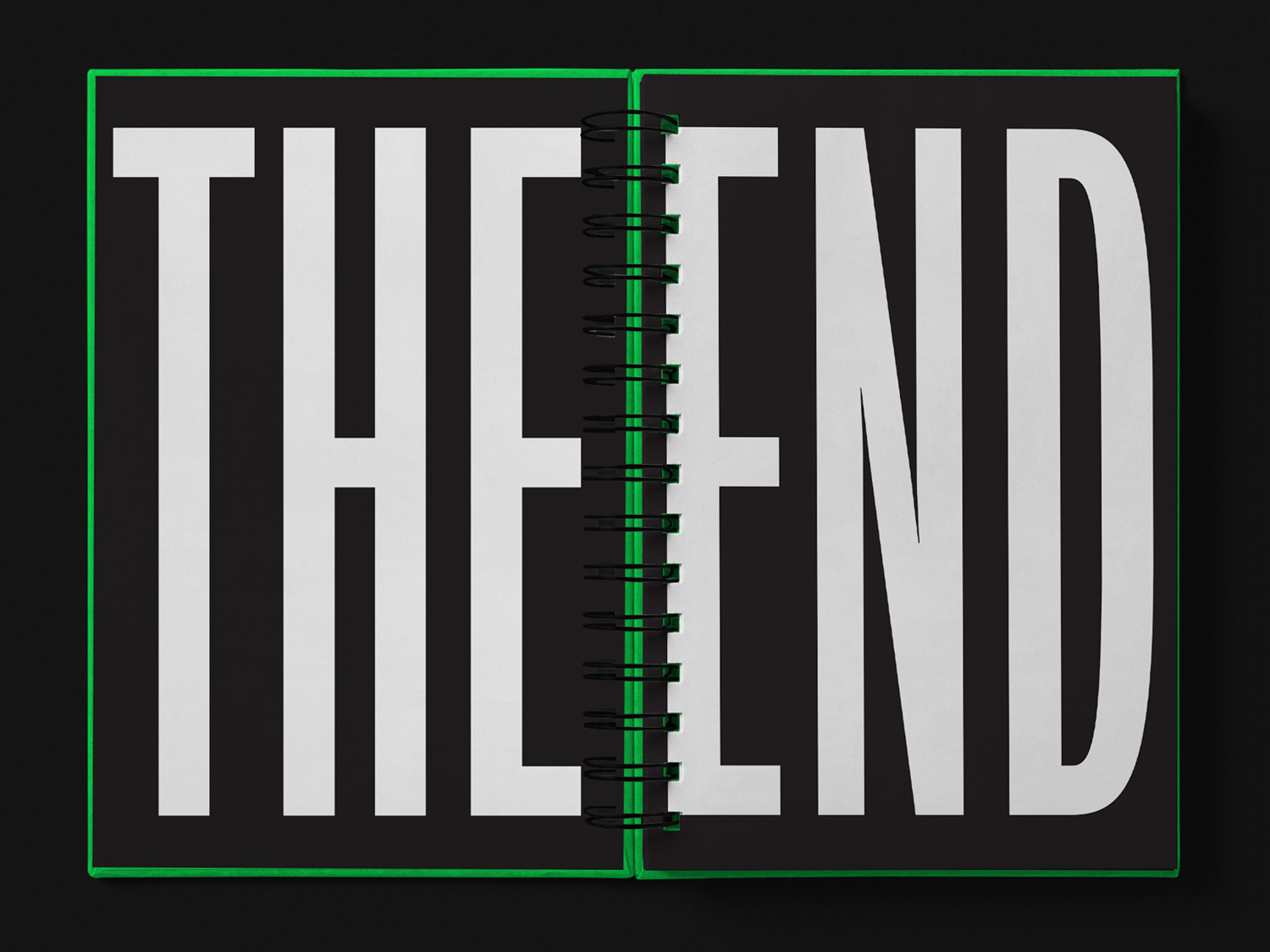 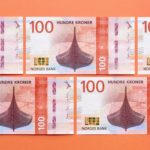 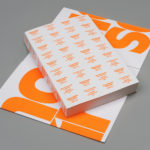 Queremos Sonreír by Mucho
Next
Get once weekly updates