Freigeist was a popular concept within 18th Century German literature and journalism. It was used to describe those who believed that thinking should not be constrained by certain fundamental and non-contestable values, traditional ideas and established channels of distribution. The concept of the “free-spirit” and of free-thinking is also a recurring theme within Nietzsche’s own philosophy. Although, at first glance, the Freigeist concept may appear as lacking complexity, Nietzsche found a philosophical significance within it. To him, it was more than an invocation towards individuality and the subversion of expectation but the search for and liberation of a spirit. In this second issue of Freigeist, conceptualised, designed and edited by Richard Baird and published by BP&O, the search for that spirit continues in the form of a Zoom call turned transcript. 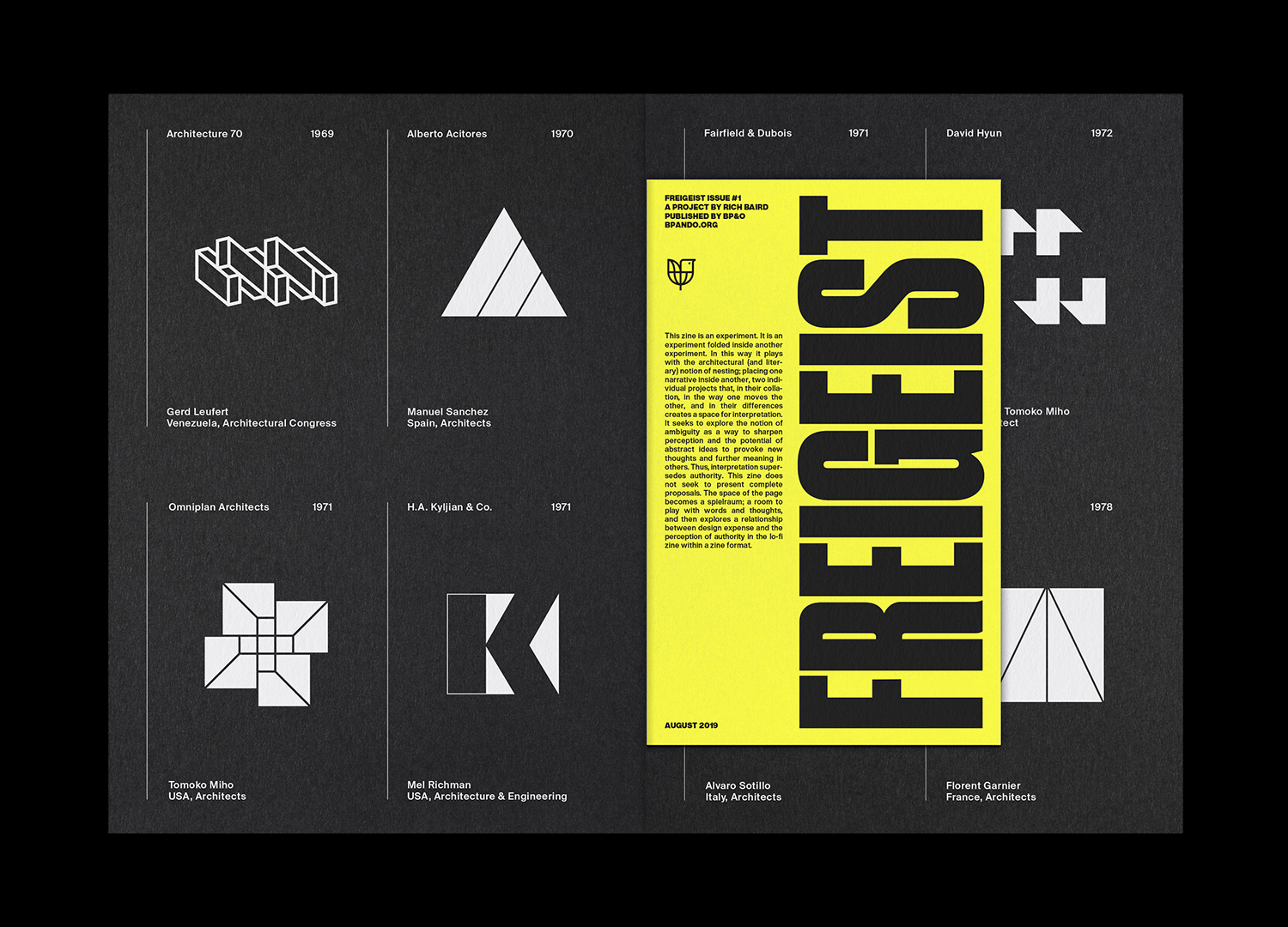 As with the first issue of Freigeist, which began as a “zine within a zine” hidden inside a copy of LogoArchive, it is an experiment. It explores the liminal space between performance (Zoom event), material form (zine), self-publishing and distribution (agency). 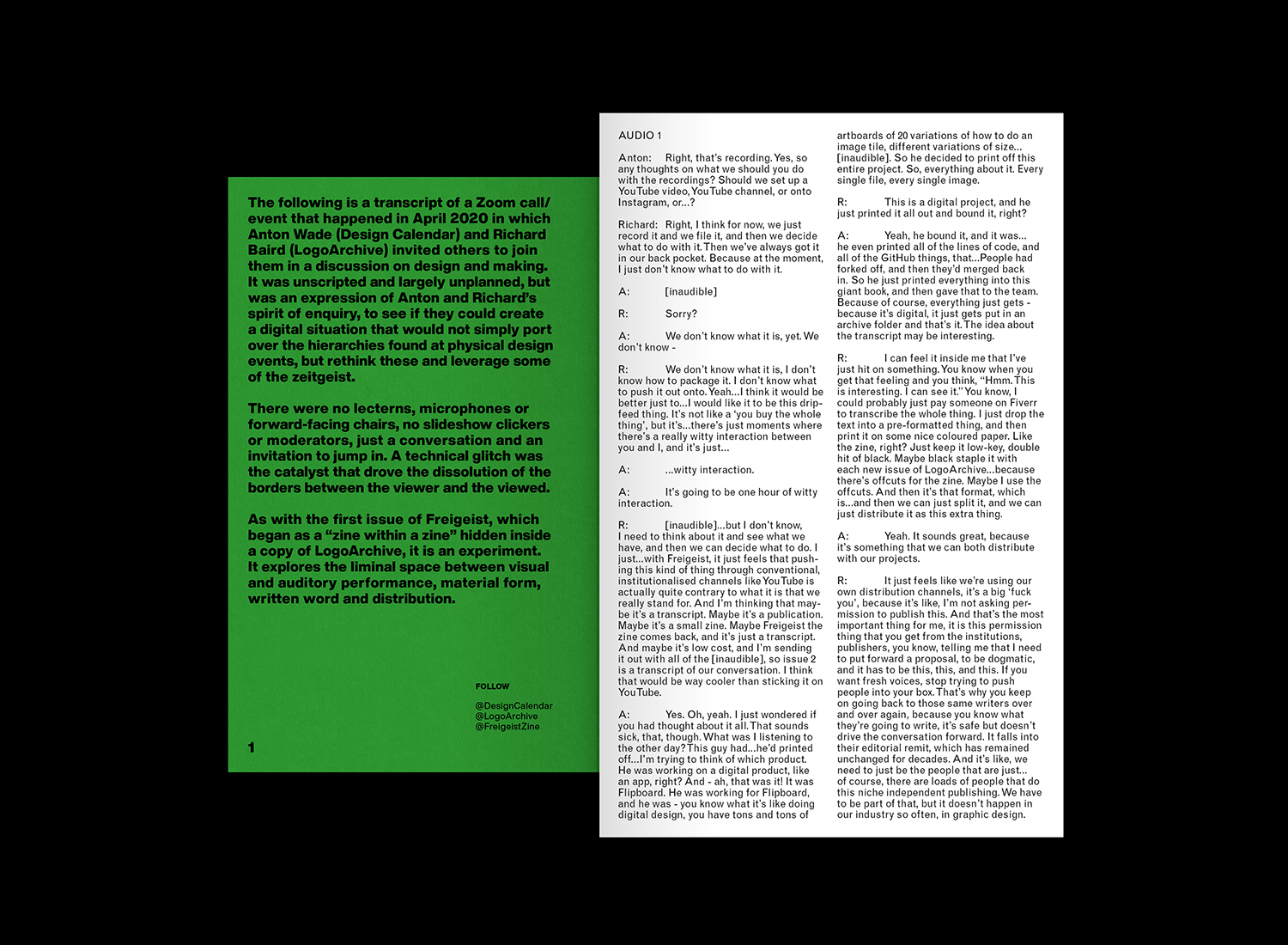 Each issue of Freigiest intends to present its readers with a series of proposals. Ideas. Far from the dogmatic opinions of industry figure heads and established distribution channels and publishers. In this sense, and as the Freigeist philosophy goes, “Interpretation Supersedes Authority”. It is an invitation handed to readers (and specifically graphic designers) to continue the thought and bring to life their own ideas. Issue 2 develops this, moving away from the disparate abstract ideas of Issue 1 and instead is a transcript of a Zoom event in which Anton Wade (Design Calendar) and Richard Baird (LogoArchive) invited others to join them in a discussion on design and making.

Freigeist Live was unscripted and largely unplanned, but was an expression of Anton and Richard’s shared spirit of enquiry, to see if they could create a digital situation that would not simply port over the spatial and object hierarchies found at physical design events, but rethink these, leverage some of the zeitgeist and channel some of the agency that comes from being locked down.

There were no lecterns, microphones or forward-facing chairs. There were no slideshow clickers or moderators, just a conversation and an invitation to jump in. A technical glitch was the catalyst that drove the dissolution of the borders between the viewer and the viewed.

Readers can expect insights into running side projects, thoughts on graphic design, social media and the tensions between graphic design practice and design content. Readers can also see the origins of Freigeist Issue 2 develop as part of the event itself. This is presented as a burly text-based document, and the intentional antithesis of the visual language of the zine’s parent, LogoArchive. The two zines are forever entangle, but go their separate ways, and thus typology becomes subtext. 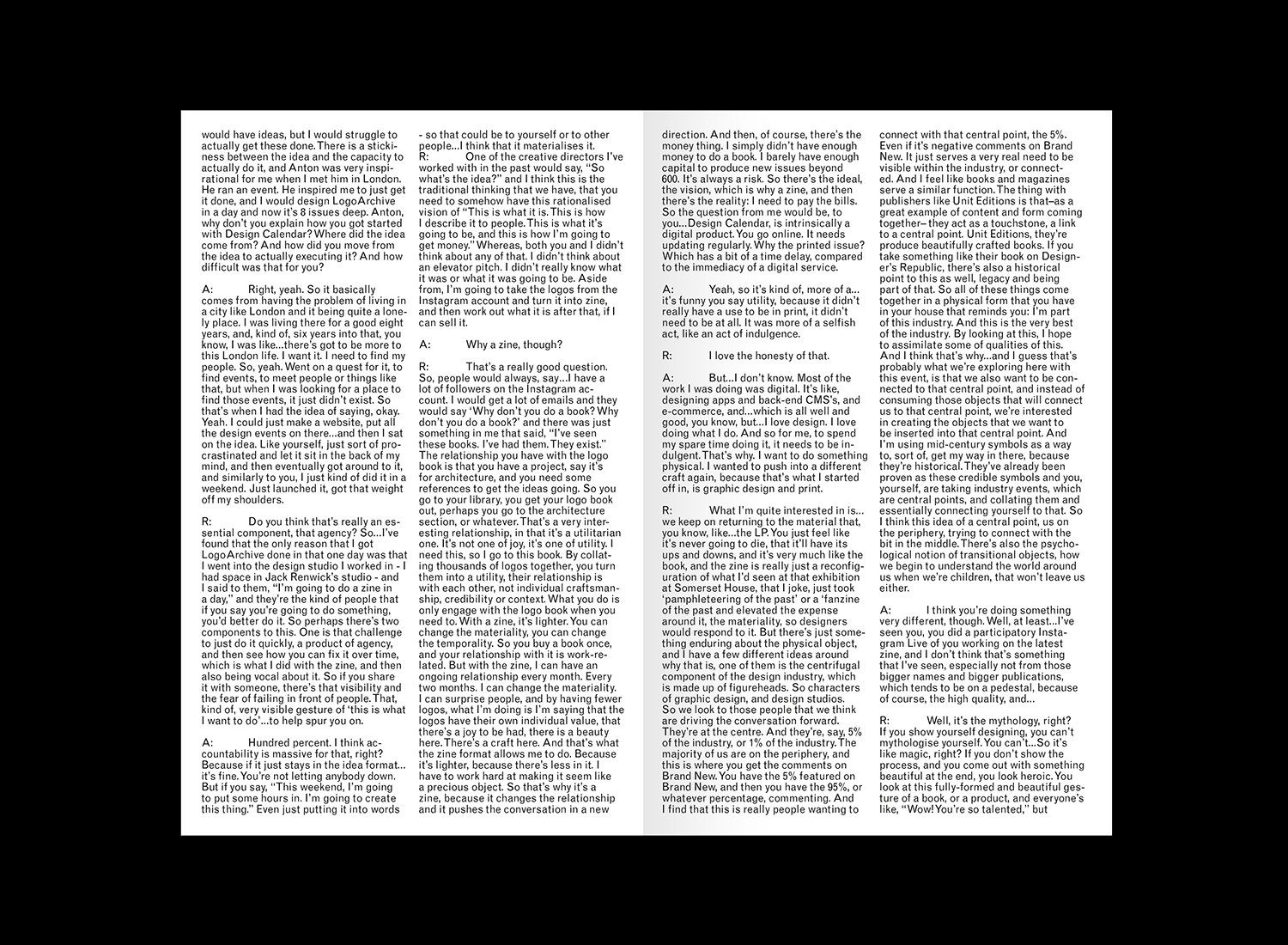 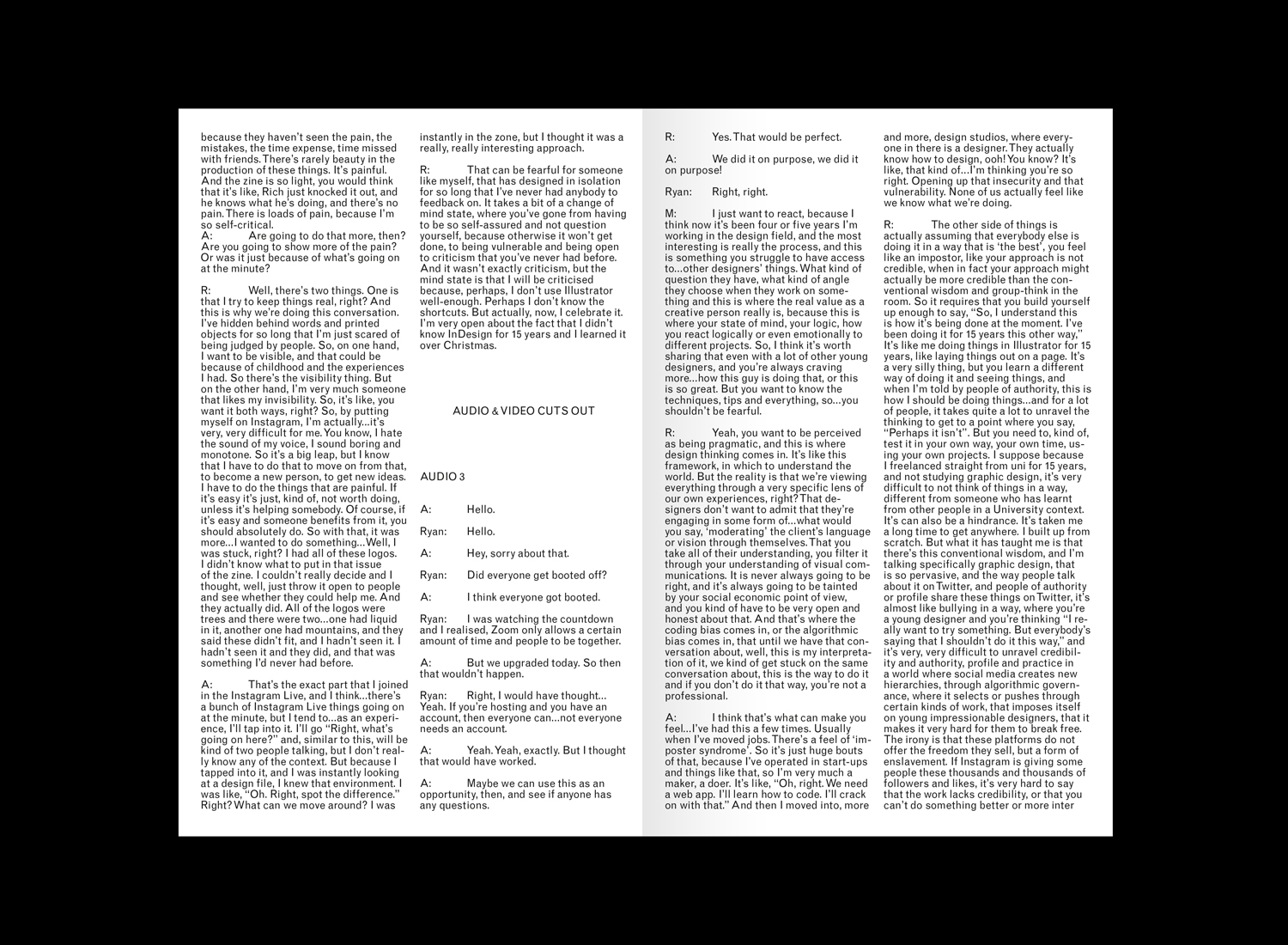 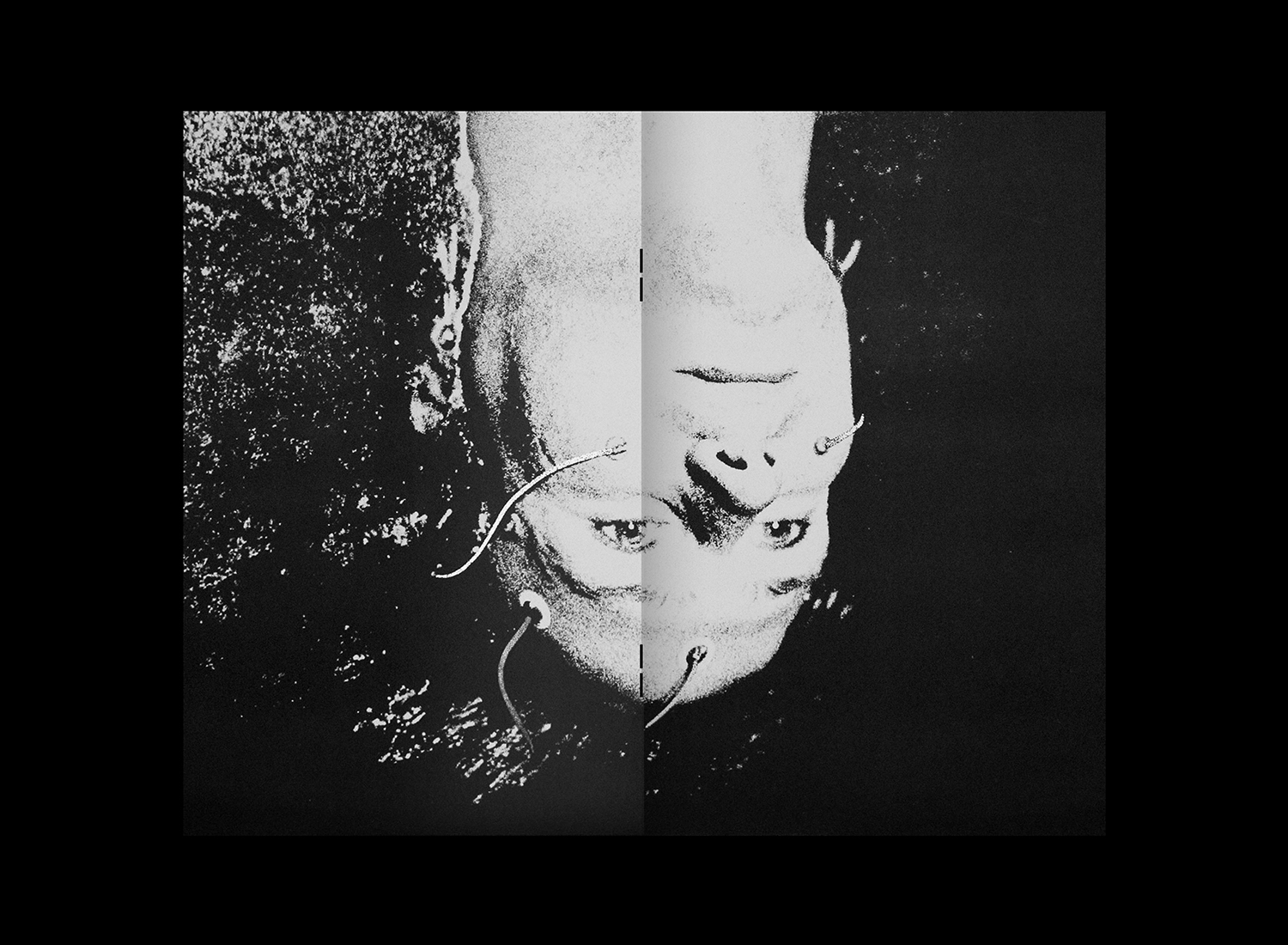 Other details include Freigeist’s figure head, Edward Jessup from the film Altered States interrupting the text-based booklet and acting as a provocation to seek out the film and speculate on its meaning and relevance. Further, this issue materialises the subtext of typology by maintaining a small format cover, the same size as the first issue and insert of LogoArchive Issue 4, and introducing an oversized booklet. In this material gesture, content becomes a critical part of cover, with words exploding outside of the format. The tension between graphic seduction (cover, masthead, paper stock) and ideas (plain text) is touched upon, and developed using the contrast between dyed uncoated paper and a glossy white. The subtext hidden in these differences, is that the relationship is synergistic, both cover and inside pages are made from materials with recycled content. This format of undersized cover and over-sized content set the framework for the next issue, a becomes an opportunity to play with partial images and words. 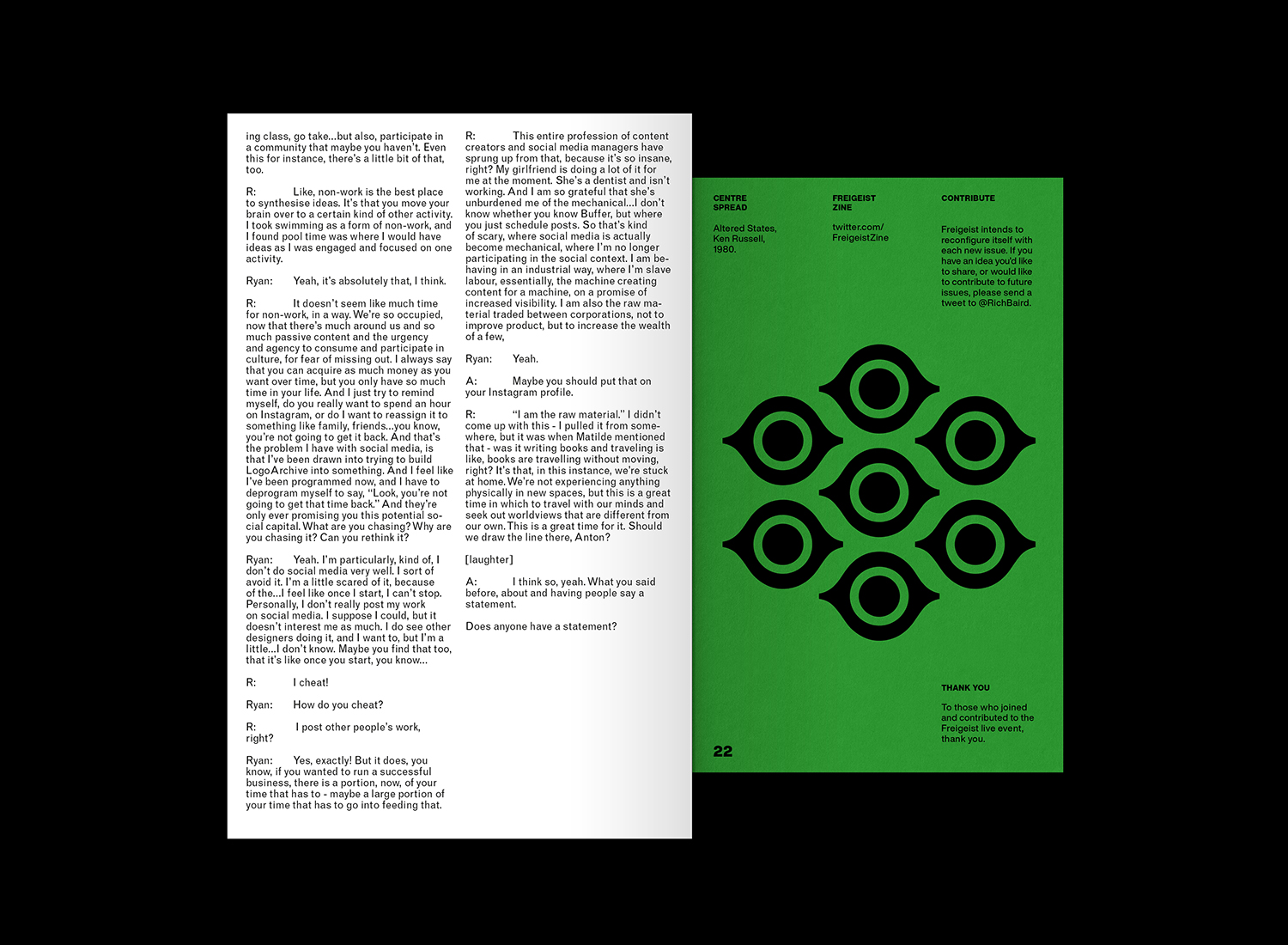 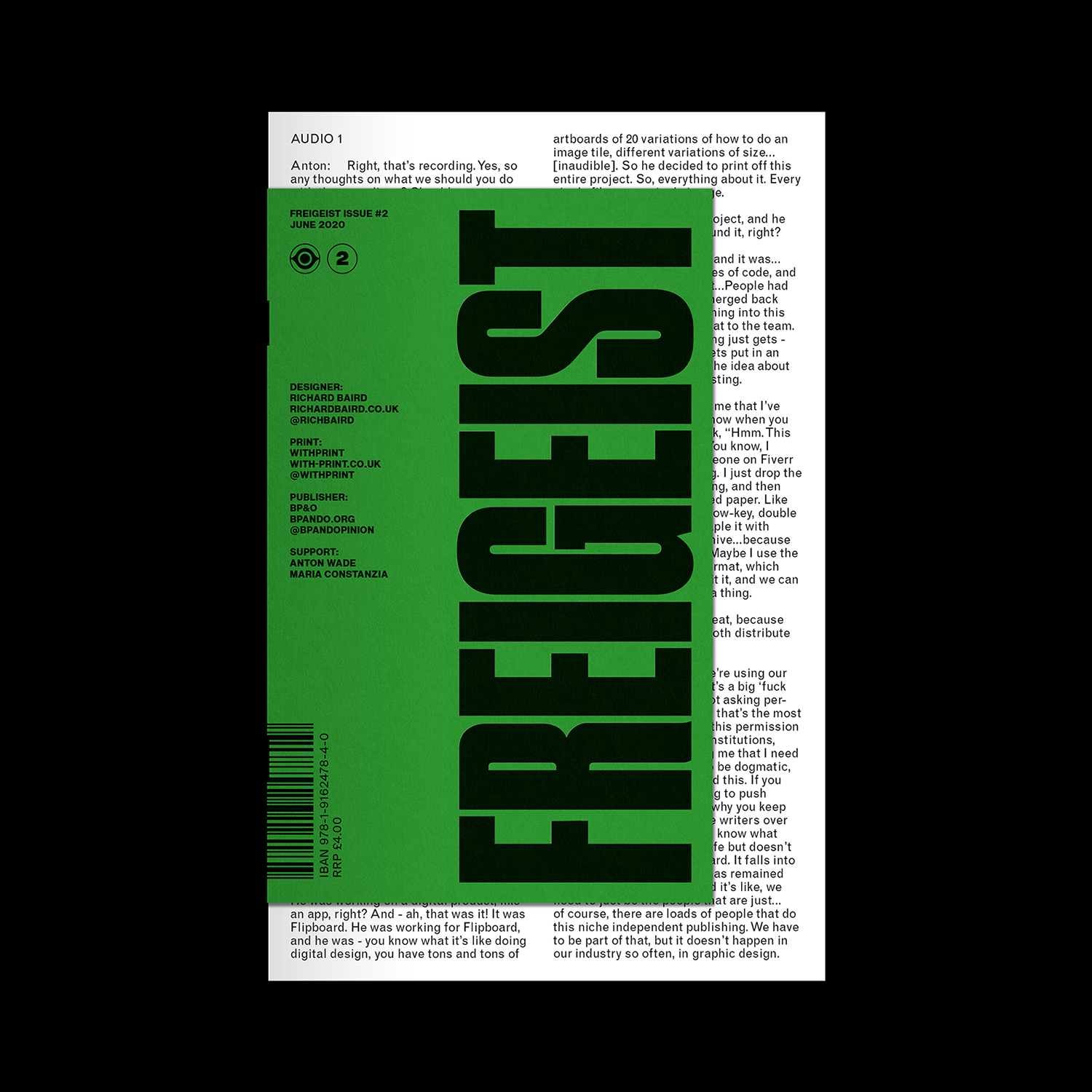 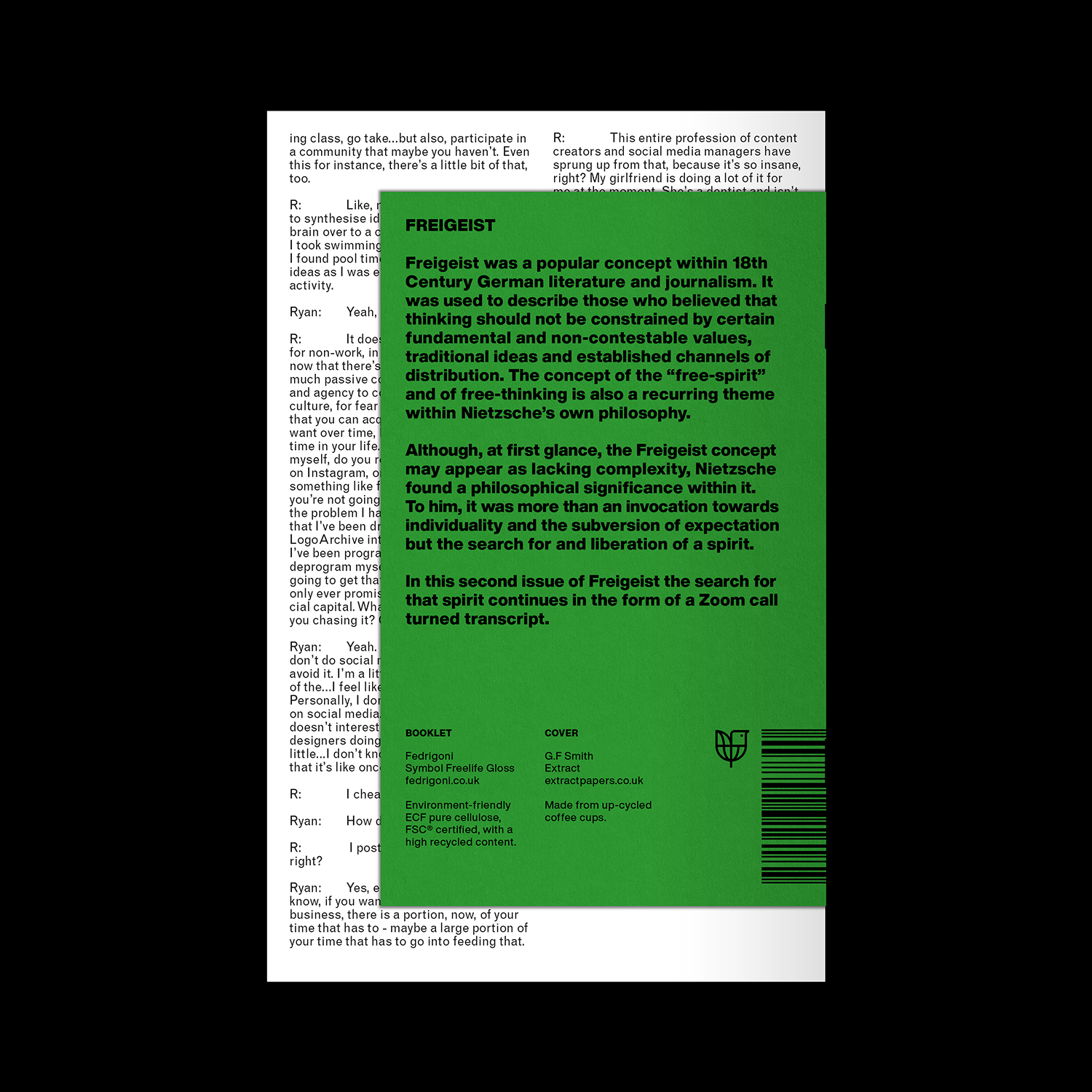 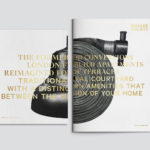 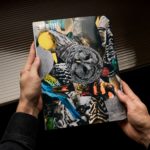 Erik Berglin: The Bird Project by Lundgren+Lindqvist
Next
Get once weekly updates