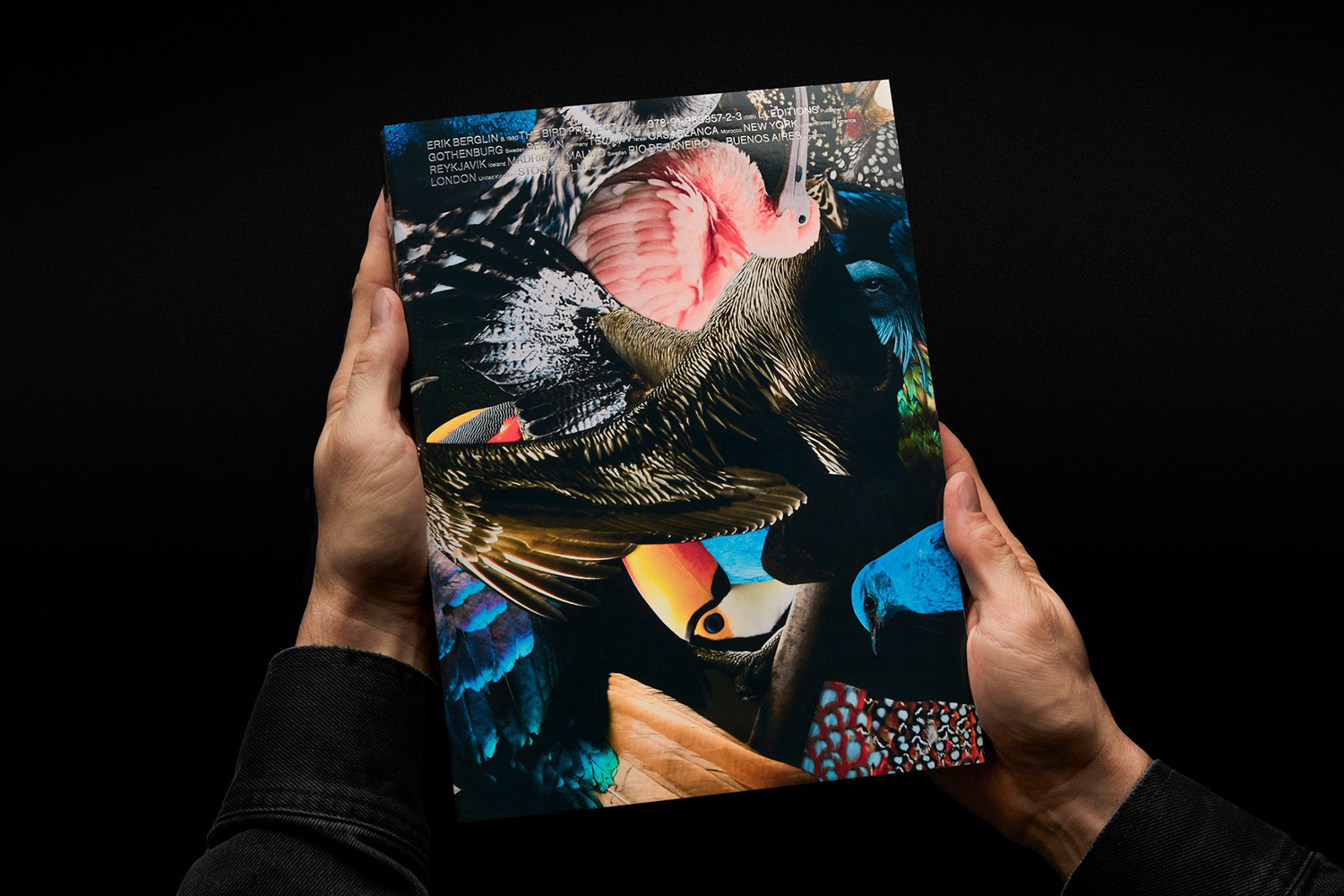 Erik Berglin is Stockholm-based contemporary artist. His work is flows from his understanding that some people find the art gallery uninviting and uncomfortable, and the artworks displayed as requiring insight to really appreciate. He himself has said that he dislikes 90% of the exhibitions he visits but adores the 10%. This clearly informs his work, which often brings the unexpected into the urban space or uses modern technologies to subvert the familiar. There is a beauty and playfulness to his work, an appealing aesthetic, but also an idea, an aha moment, for those that want to look deeper.

Beauty and the unexpected are central to Berglin’s The Bird Project. Over the last twelve years, having studied birds from antique books by the likes of J.J Audubon, the artist scanned pages from ornithology resources found in antiquarian bookshops and libraries and printed birds out at their actual size. He spent time with a scalpel and scissors carefully cutting these out and then wheat-pasted them in urban contexts around the world, documenting these as he went. From start to finish, a total of 4982 birds were wheat-pasted in twelve cities over five continents. These have been brought together in a new book, ‘The Bird Project 2006-2017’ designed by Lundgren+Lindqvist and published by ll’Editions. This is a 208 page hard back book 207×280mm in size. It features 101 plates printed using a process that substituted regular CMYK colours of the offset printing process with fluorescent alternatives. The book is also available as a special edition of 30 copies, which were divided into three sets of ten books. Each is presented in fluorescent acrylic glass slipcase with an inkjet print, signed and numbered by the artist.

The project is intriguing. The photo-realism and natural scale of the birds, and their urban contexts–the decontextualisation of the images and exotics birds alien to the built environment– is a loaded gesture, but also has an aesthetic beauty, joy and playfulness to it that is likely to trick passersby into momentarily thinking a living exotic bird is in their peripheral vision. Colour, detail and realism is a central part of the project, as is context. Lundgren+Lindqvist recognises and channels this into the book through the intersection of collage and silver metallic block foiling, and the use of bright inks and varnishes throughout the book. 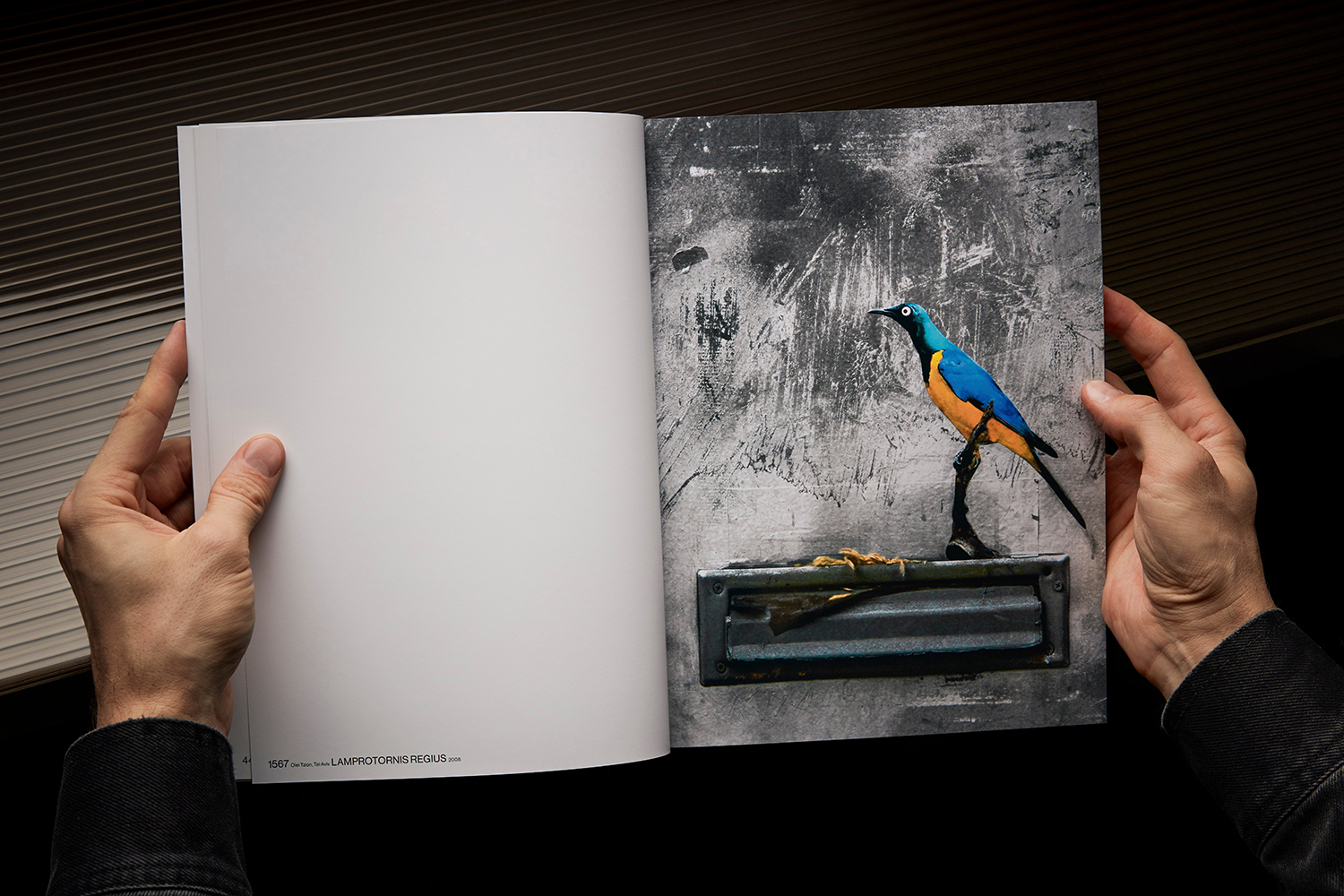 Layouts of white space and black inked captions, opposite full bleed artworks magnify the details present, not just in the birds, but the urban backdrop. This backdrop is a critical part of the artwork, be that in the grounding of the bird through physical details (as above) or the use of the urban context to create contrast or reveal synergies of form and colour. The works are inherently graphic, and have been handled with a similar sensitivity. The revelation here, and only really revealed in the collation of works, is the opportunism of street art, its capacity to be able to see and make the most of something in the moment. That notion of “in the moment” is central to the experience of the passerby, unexpectedly catching site of a bird. 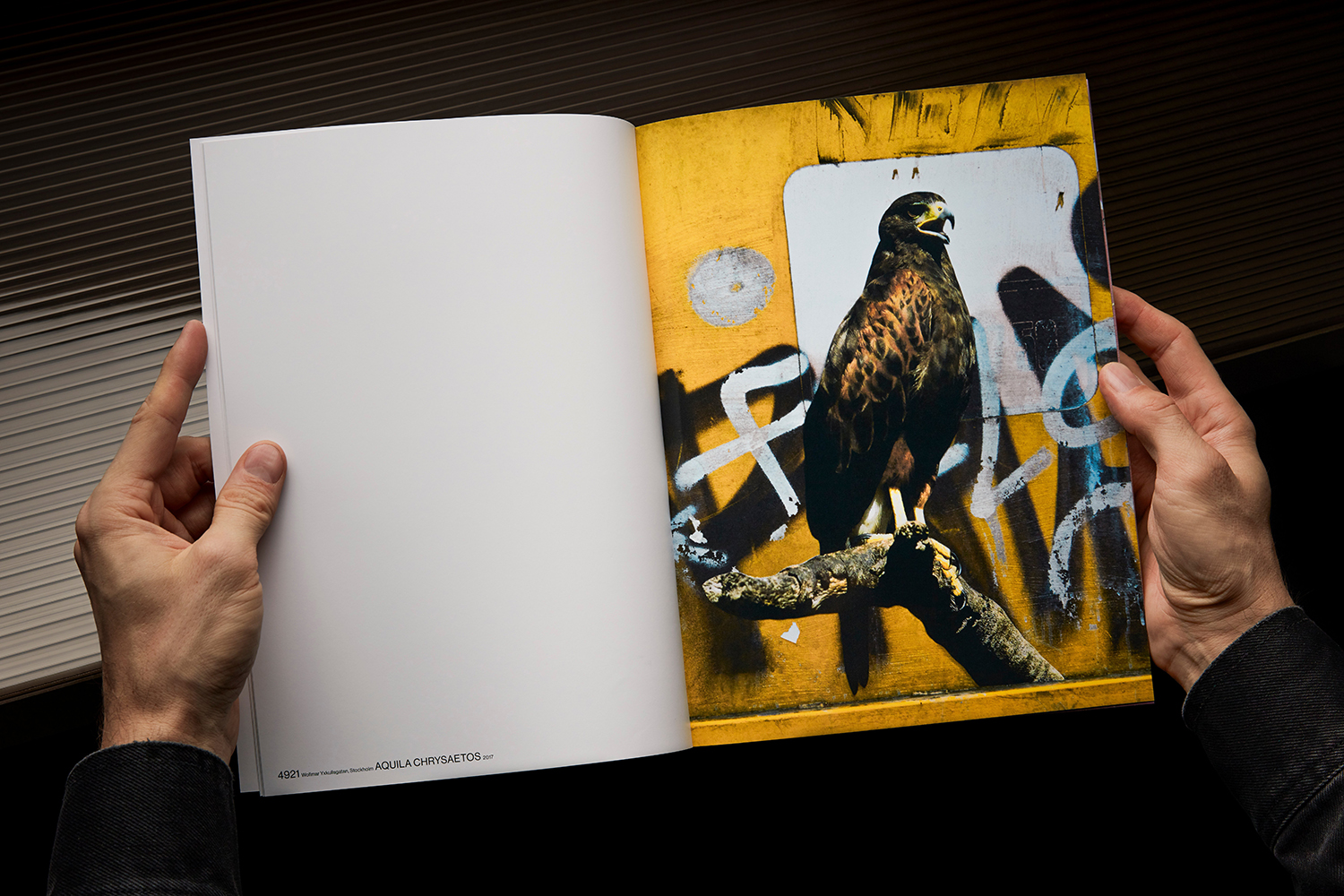 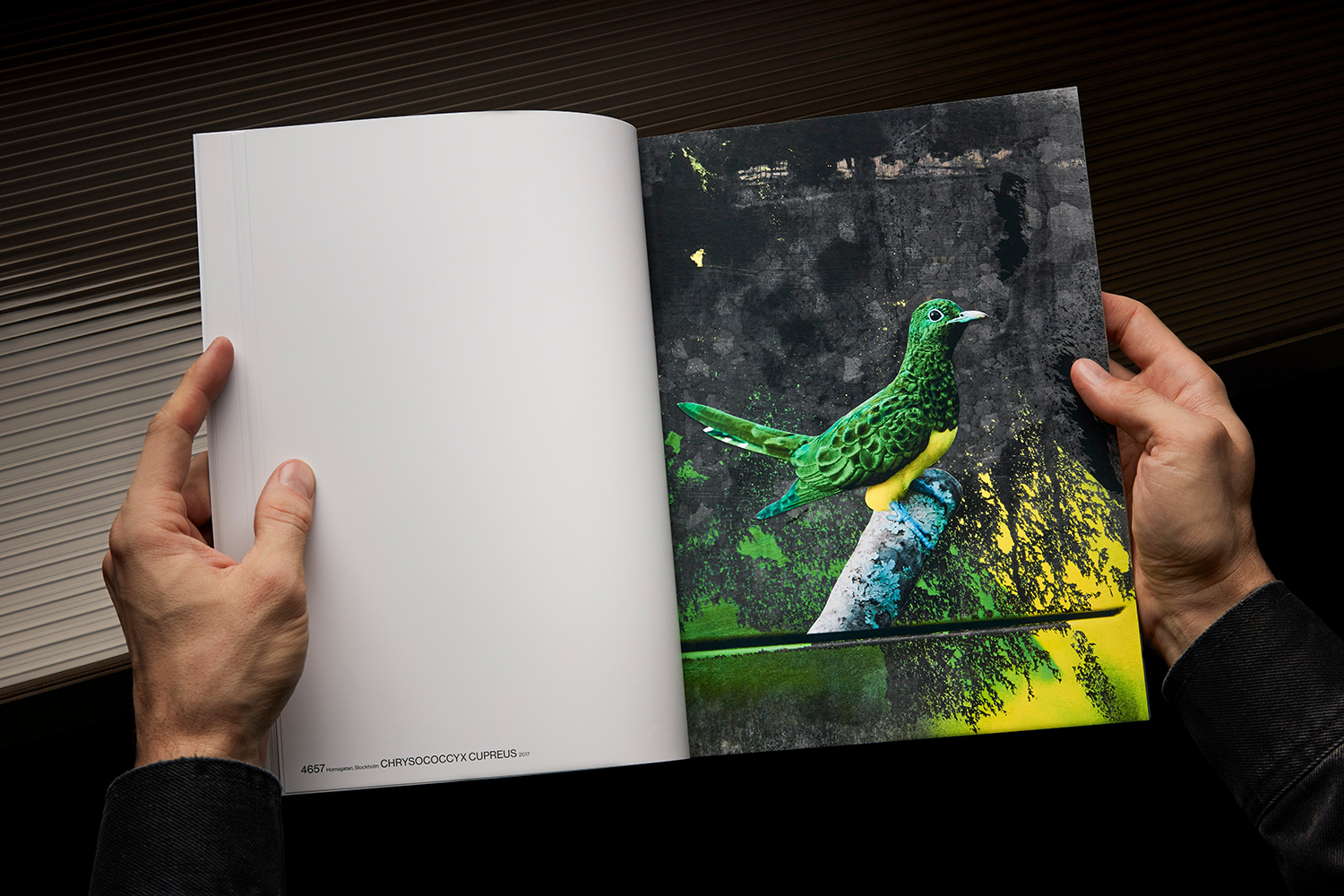 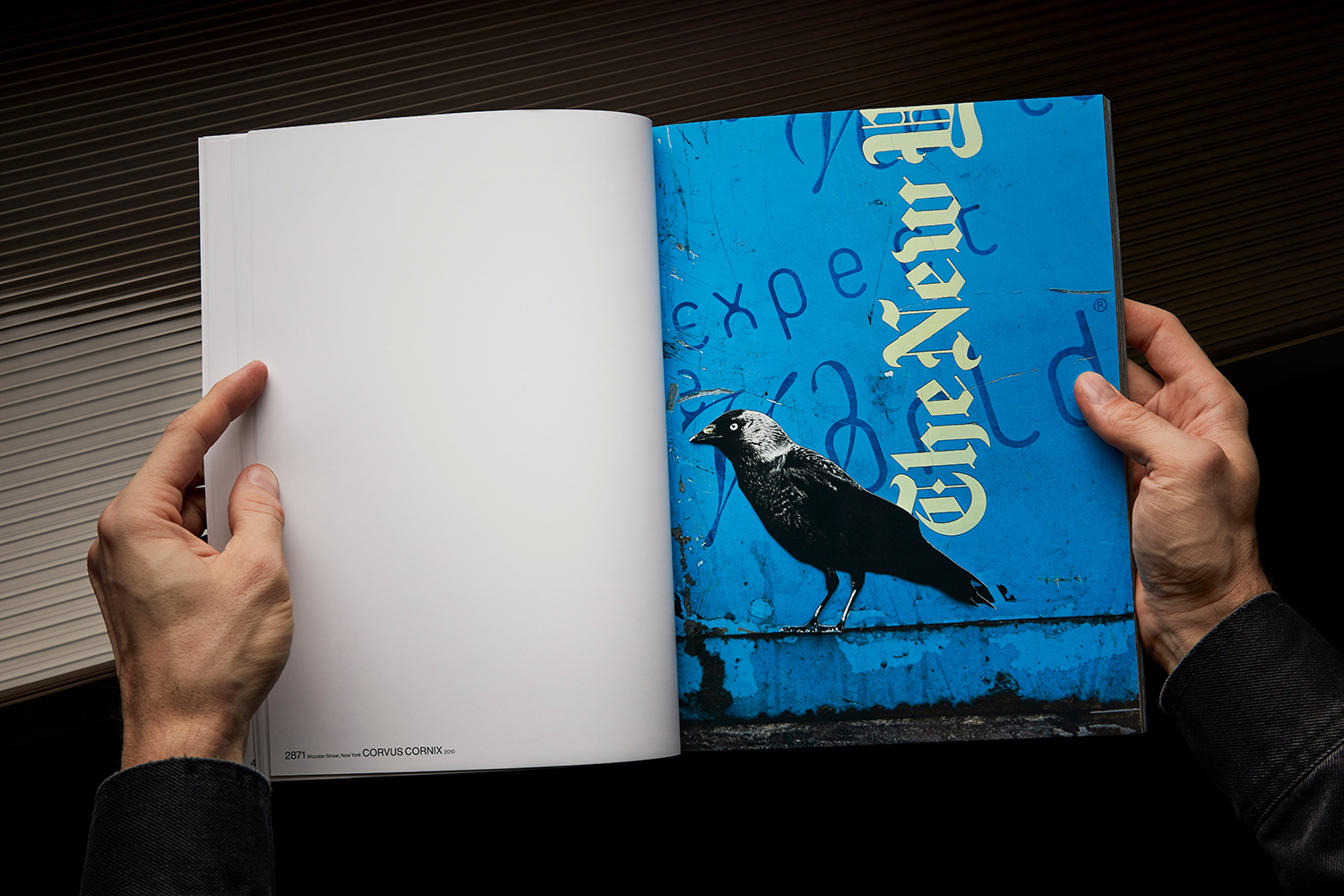 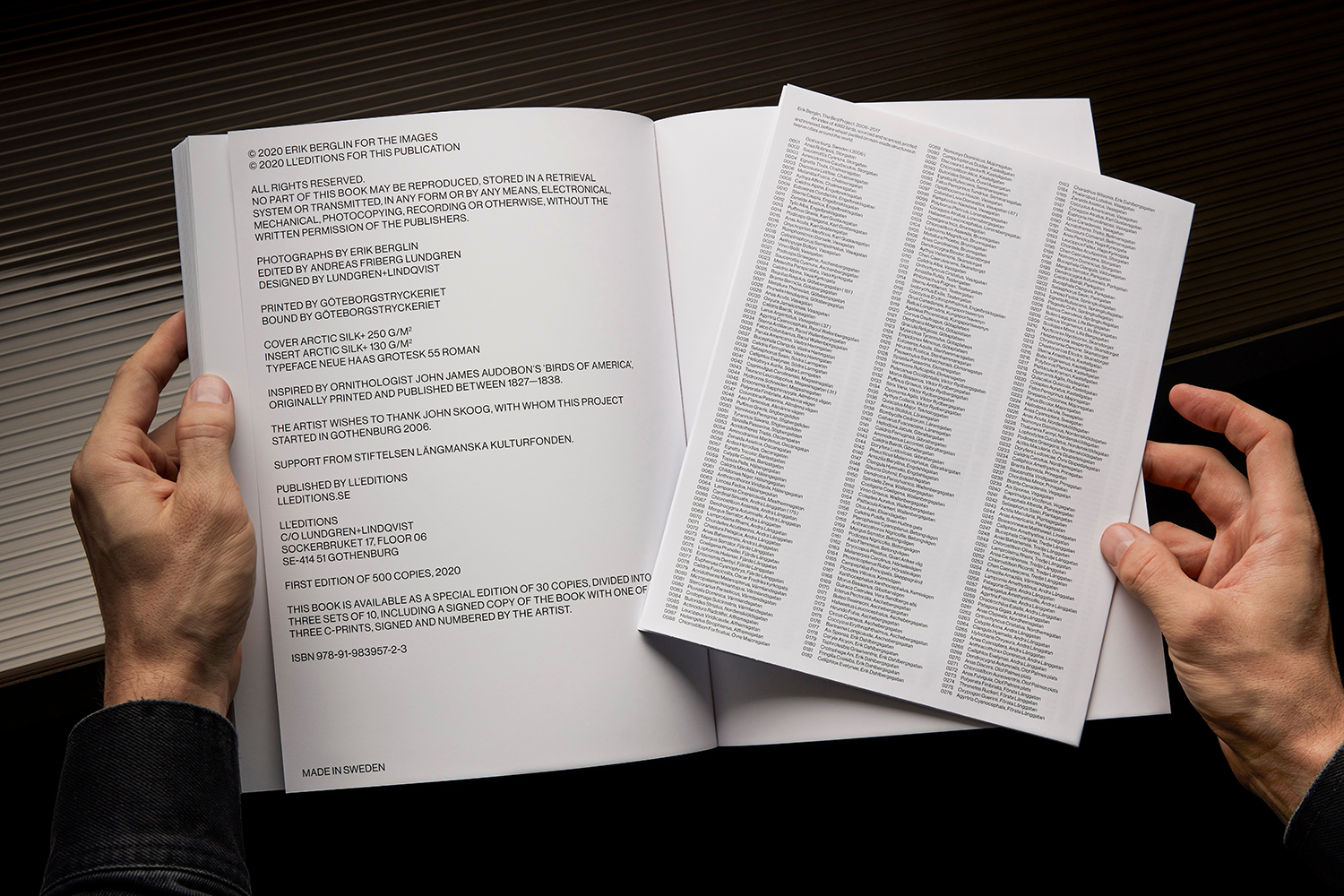 A fold out poster and index augments the book with a list of the latin names of the 4982 birds, and the addresses of where they were pasted. The format; white paper and black ink, a gridded list across a fold out single sheer, works well to emphasise the shear scale and extent of the project and offers something of a visual counterpoint to the imagery they locate. It is also a beautiful final provocation to seek out the work, to see it in the wild. More work by Lundgren+Lindqvist on BP&O. 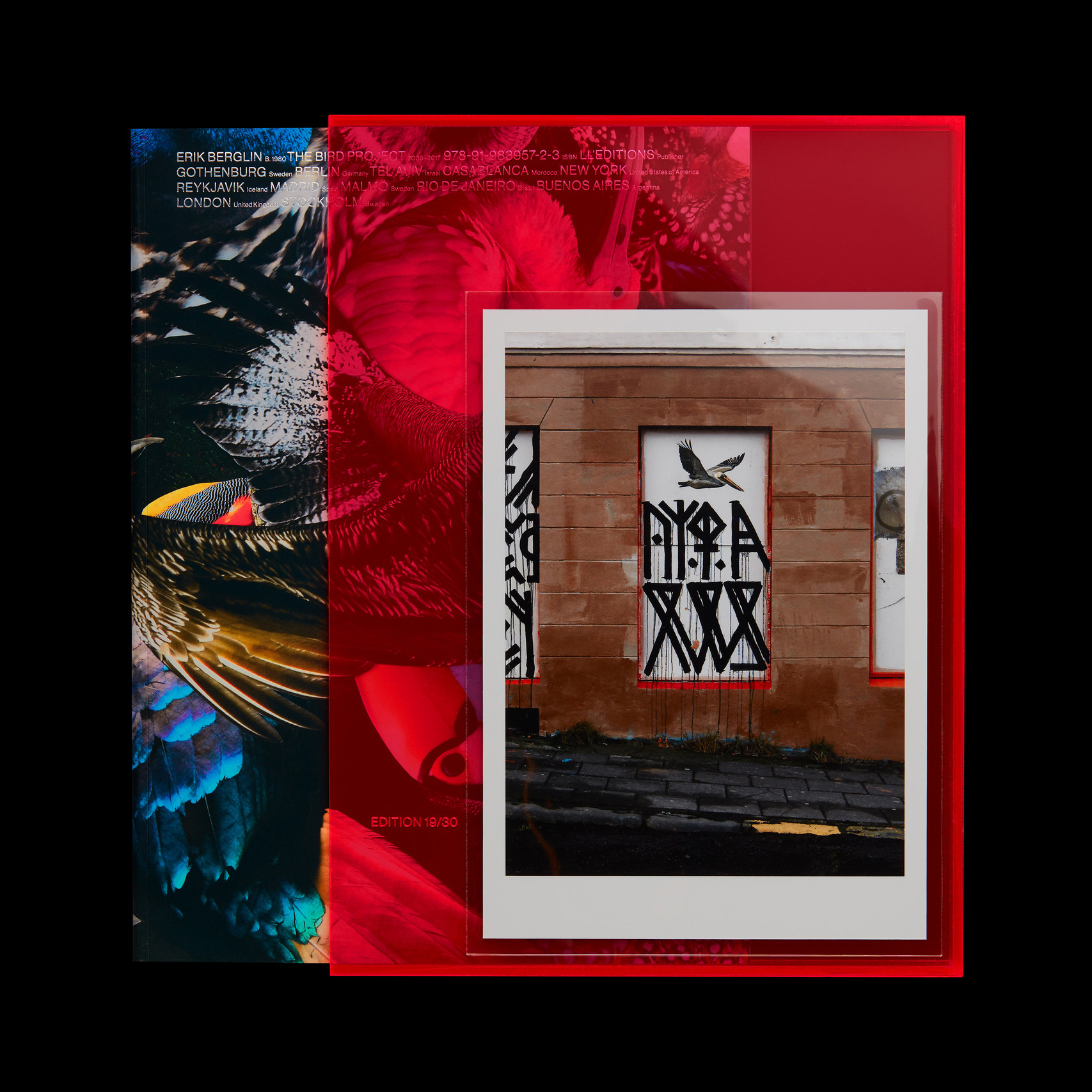 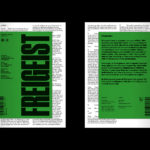 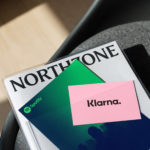 Northzone by Ragged Edge
Next
Get once weekly updates