The Australian National Academy of Music 2020 Season by Studio Brave 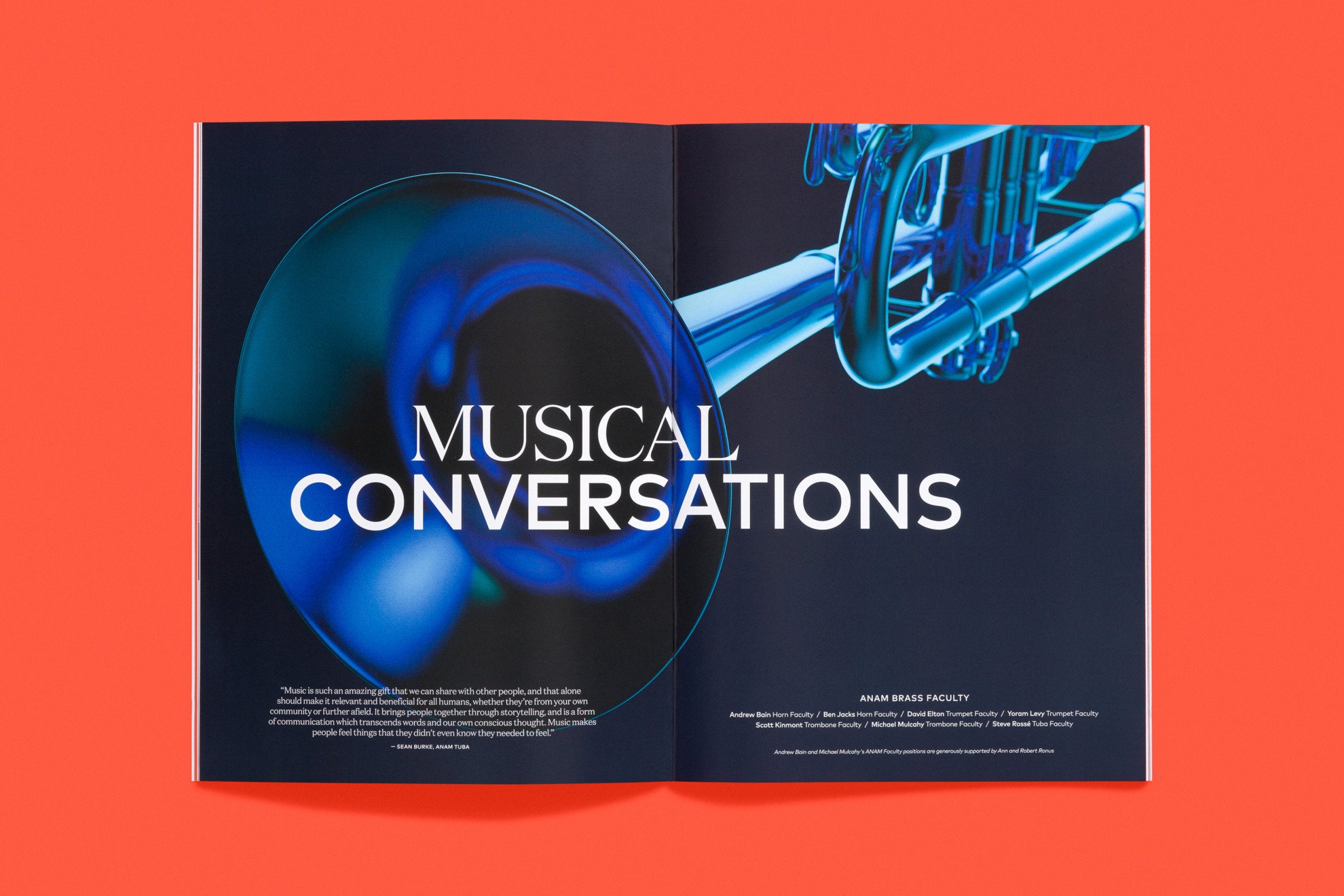 The Australian National Academy of Music (ANAM) is dedicated to the artistic and professional development of young exceptional classical musicians. Working with ANAM for many years, Studio Brave have sought to help the institution evolve and grow their brand, with both drawing their inspiration from the energy and creativity of the students. To help position ANAM and its musicians on the world stage, and highlight its future-focused program Studio Brave developed a campaign for the 2020 season that, through modern visualisation techniques cast a striking new light on classical music and presents it as being continually relevant, able to adapt to new times and draw in and develop new young talent.

Studio Brave’s approach, working in collaboration with specialist visualisation studio 3D2D is a beautiful intersection of recent technological technique and the enduring forms of classical music. These inanimate instruments, rendered in 3D offer a striking visual immediacy. They appear distinctive and eye-catching, thoroughly of their time, lit in blues and purples, set in motion with a lovely attention to detail, shallow focus, reflection and illumination. These look great as cropped stills and in motion across the ANAM website.

The absence of the human component, often a central element of many classical music campaigns is only evident after being drawn in by some strong imagery. Copywriting seeks to introduce this human element as a collective experience, and this sits well within the context of performance and an educational program. “Musical conversations”, “A shared Journey” and “Team Players” are all invitations to fill in the missing element, participation in all its forms; as a member of an audience, as a individual performer embarking on pedagogical journey or as part of the collective effort of an orchestra.

Through the modern realisation of musical instruments and the human approach to copywriting, ANAM makes a proposal that classical music endures, that it offers a rich and fulfilling future for young musicians, and remains relevant. This is its heart and the intelligence of the work. This is supported and articulated by the tried and tested method of typographical contrast which, in its paint of a classical serif and modern sans-serif, makes reference to time and change. More work by Studio Brave on BP&O. 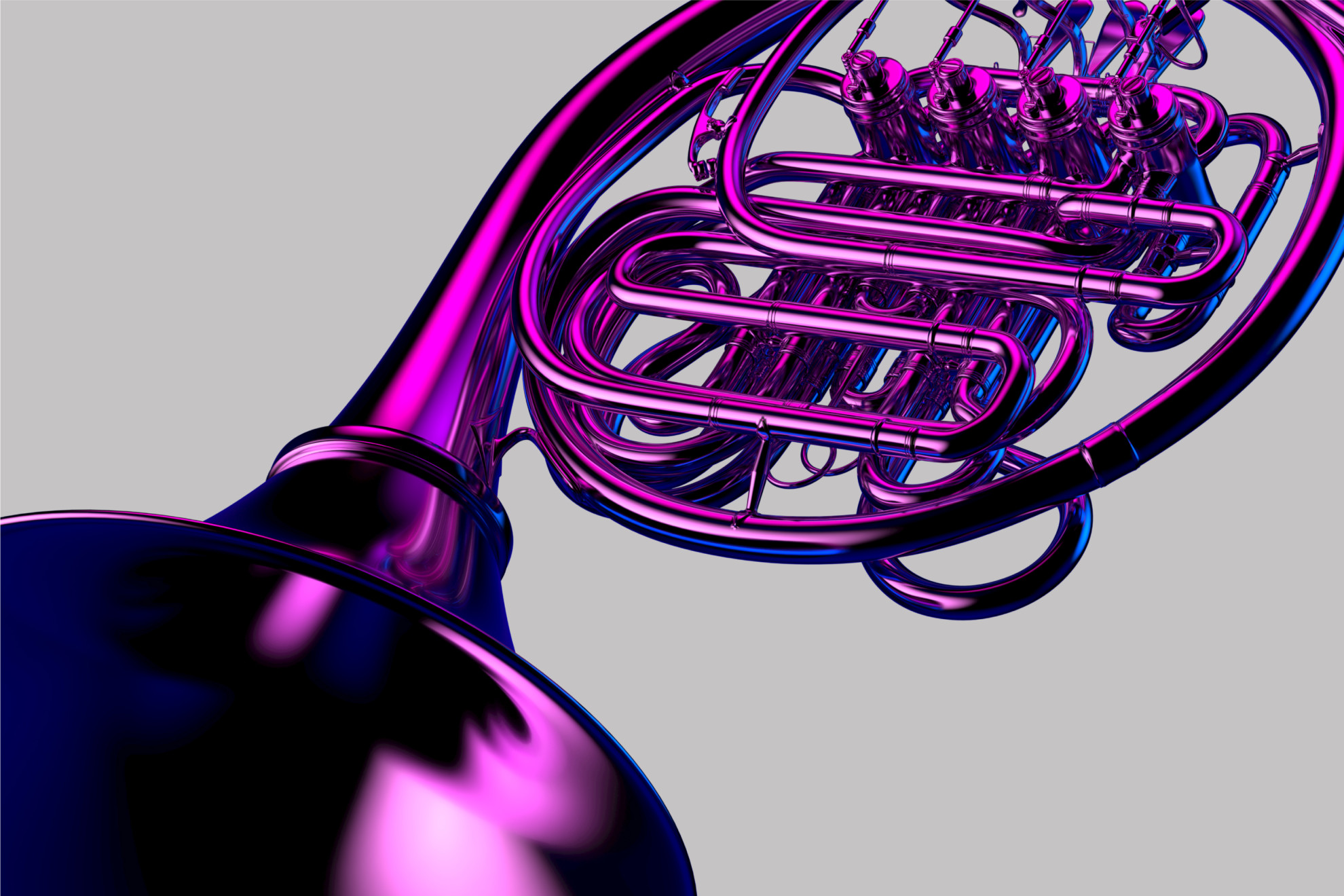 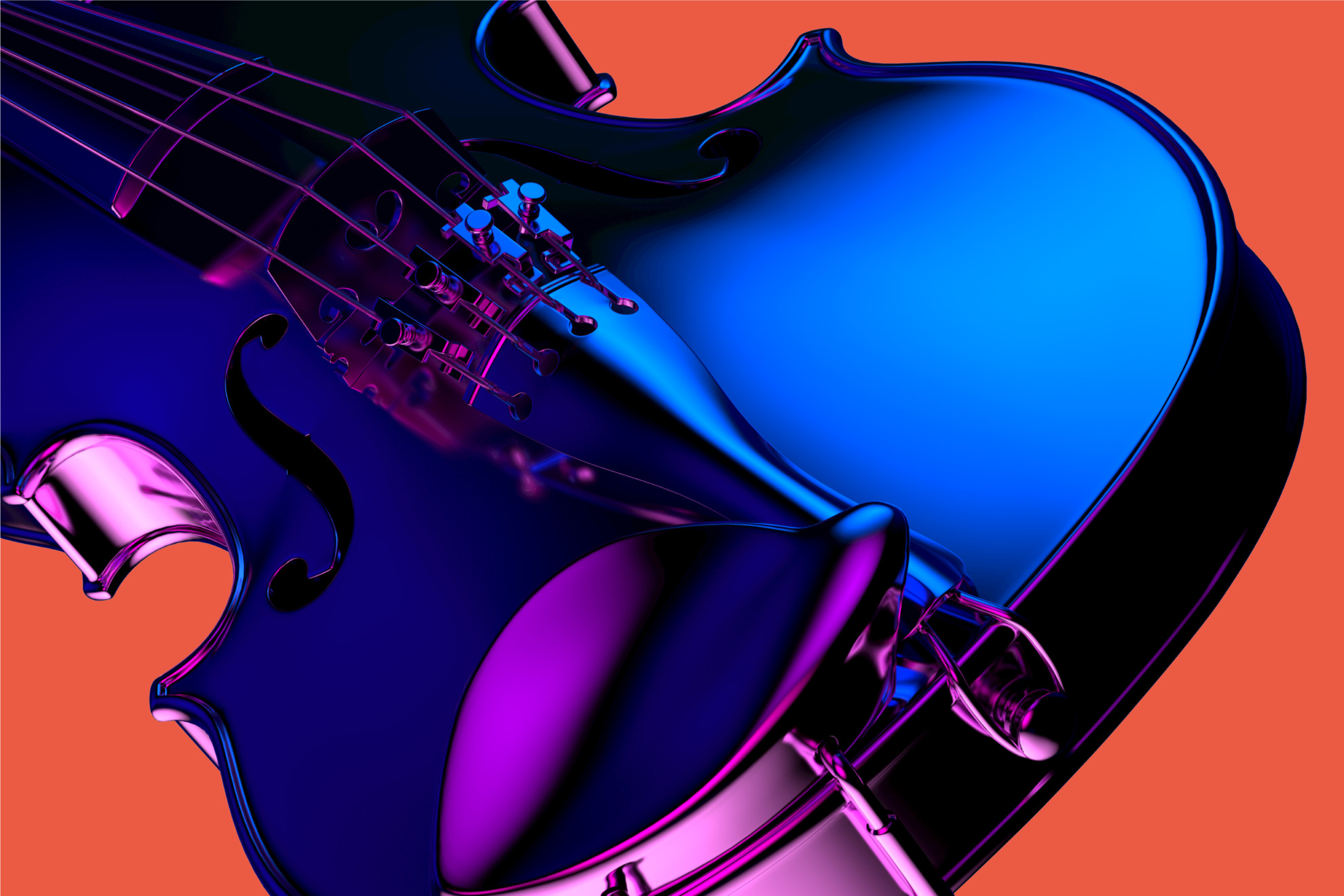 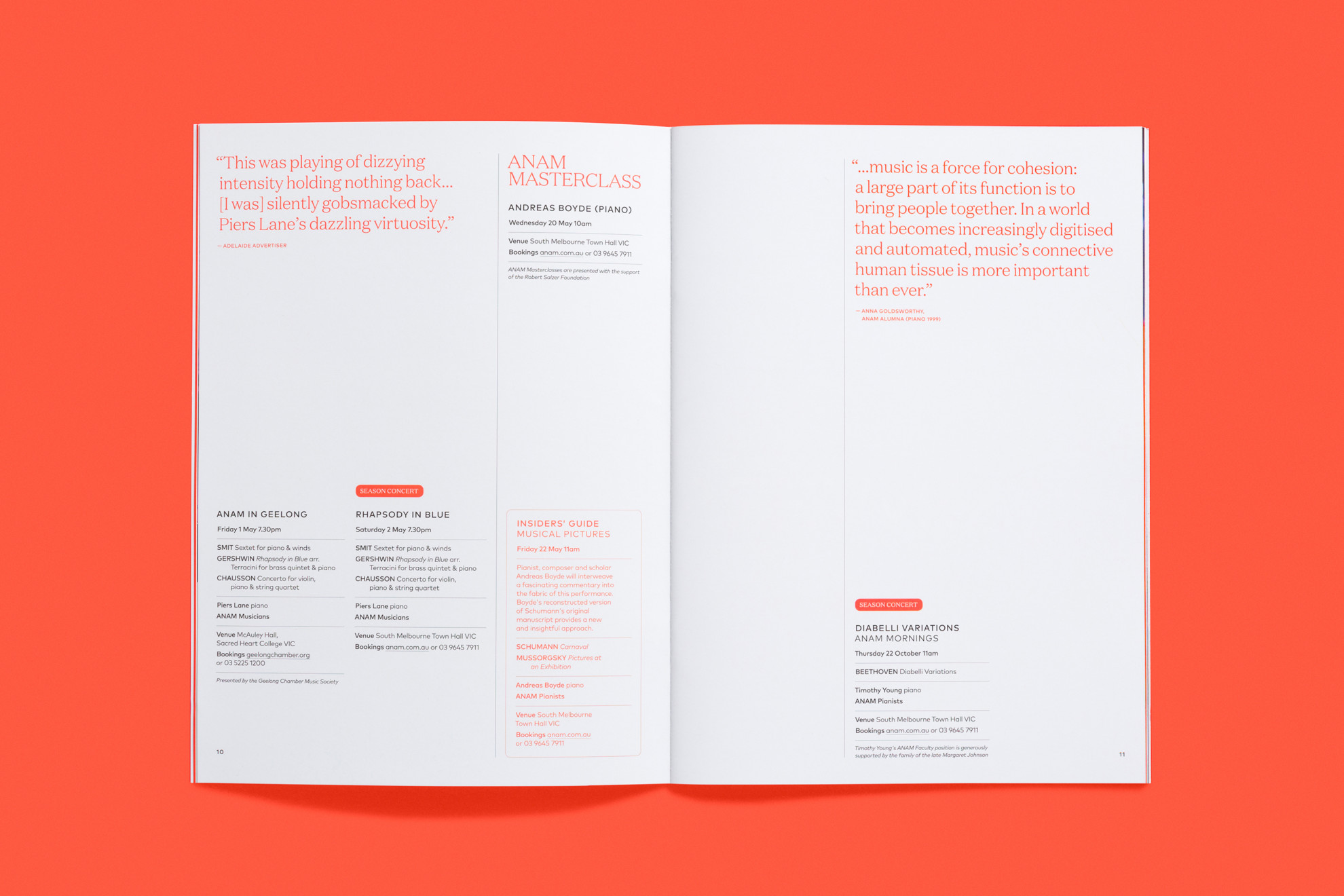 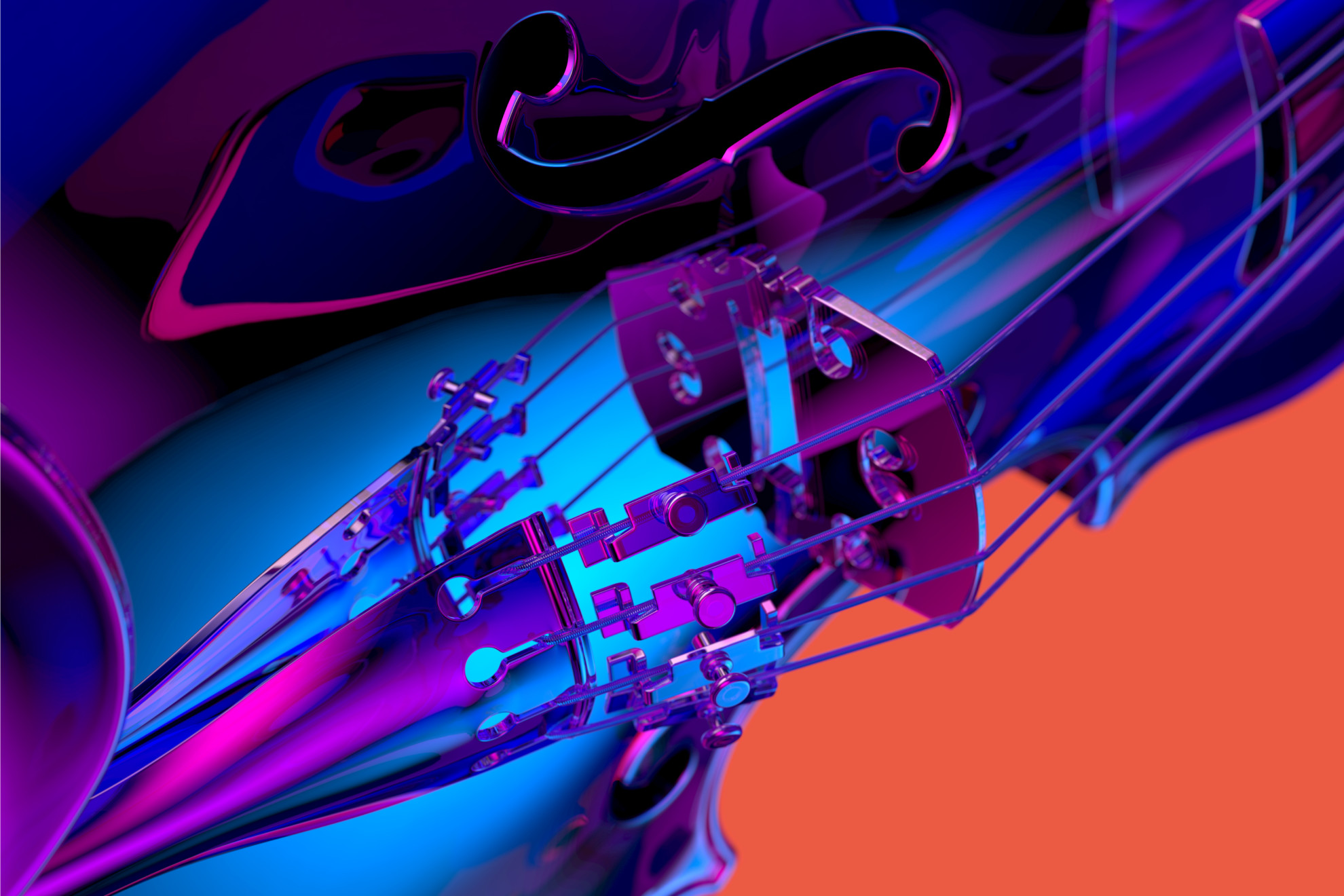 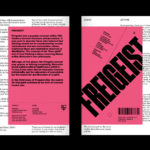 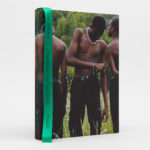 Tyler Mitchell ICMYFG by Studio Lin
Next
Get once weekly updates