London Design Biennale is the world’s first purely design-focused biennale from the team behind London Design Festival. It will take place between the 7th and 21st of September at Somerset House. The theme of this year’s event, Utopia by Design, will include entries from 37 countries. These intend to interrogate the history of the utopian idea, engage with some of the issues faced by humanity and suggest possible design-led solutions, all in honour of the 500th Anniversary of Sir Thomas More’s political philosophy classic Utopia. Entries will be judged by The London Design Biennale International Advisory Committee and Jury, composed of leading creative design experts worldwide.

London Design Biennale features an impactful and thoughtful brand identity designed by Pentagram partner Domenic Lippa and team, informed by his decade-long relationship with the London Design Festival. This included wordmark, printed collateral and signage based around an expanding and contracting visual device, a bright orange ink and strong typographical contrast.

Both London Design Biennale and London Design Festival aim to “widen public awareness of the importance and universal relevance of design in contemporary life and culture”. As such, these require a bold and memorable visual identity system that have a broadly accessible quality, one that would appeal to designers and non-designers alike. 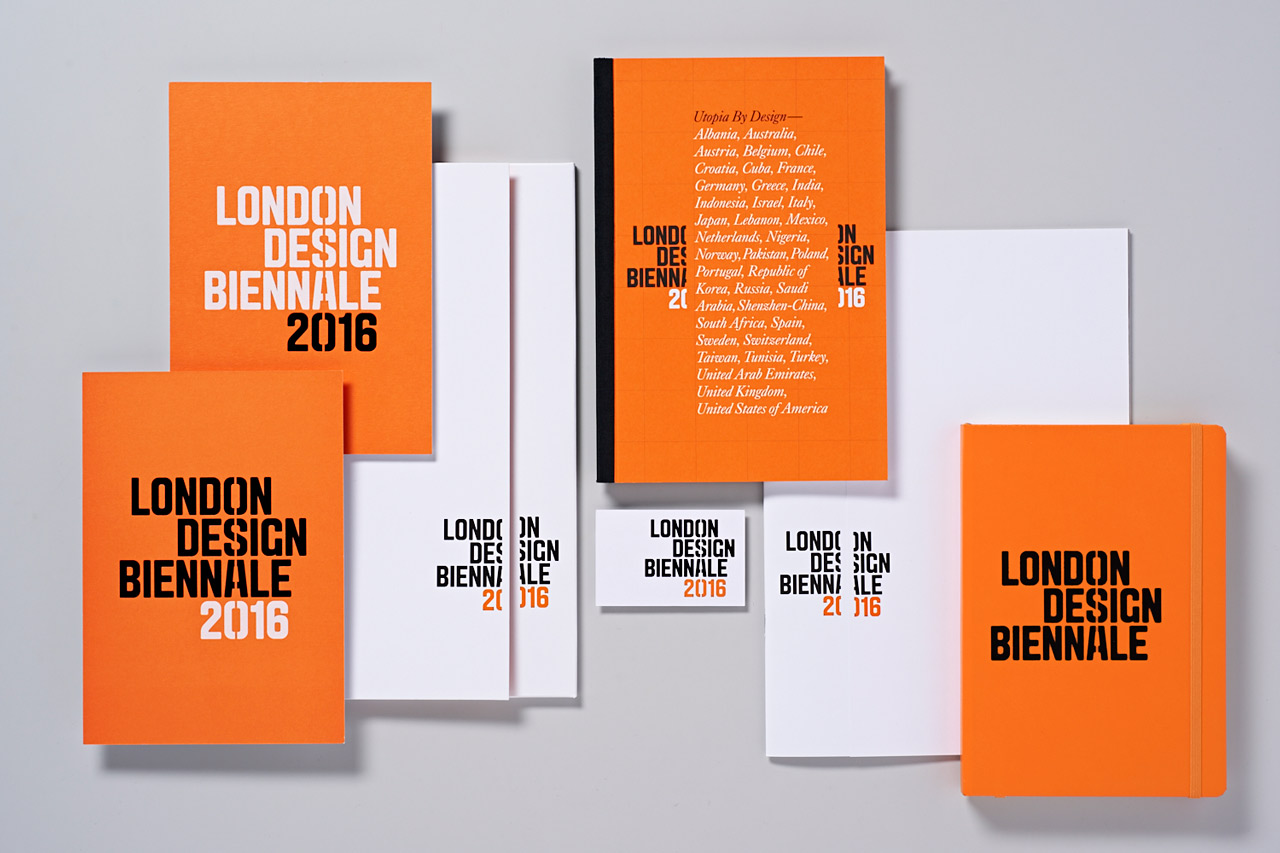 The success of Dominic Lippa and his team’s work for London Design Biennale, lies in the clarity of concept and the impact-fulness of its visual expression. Concept is perceptible; be that viscerally to the general public or through a more formal understanding of visual grammar, delivered through few but well-chosen assets, and the disparate nature of type. 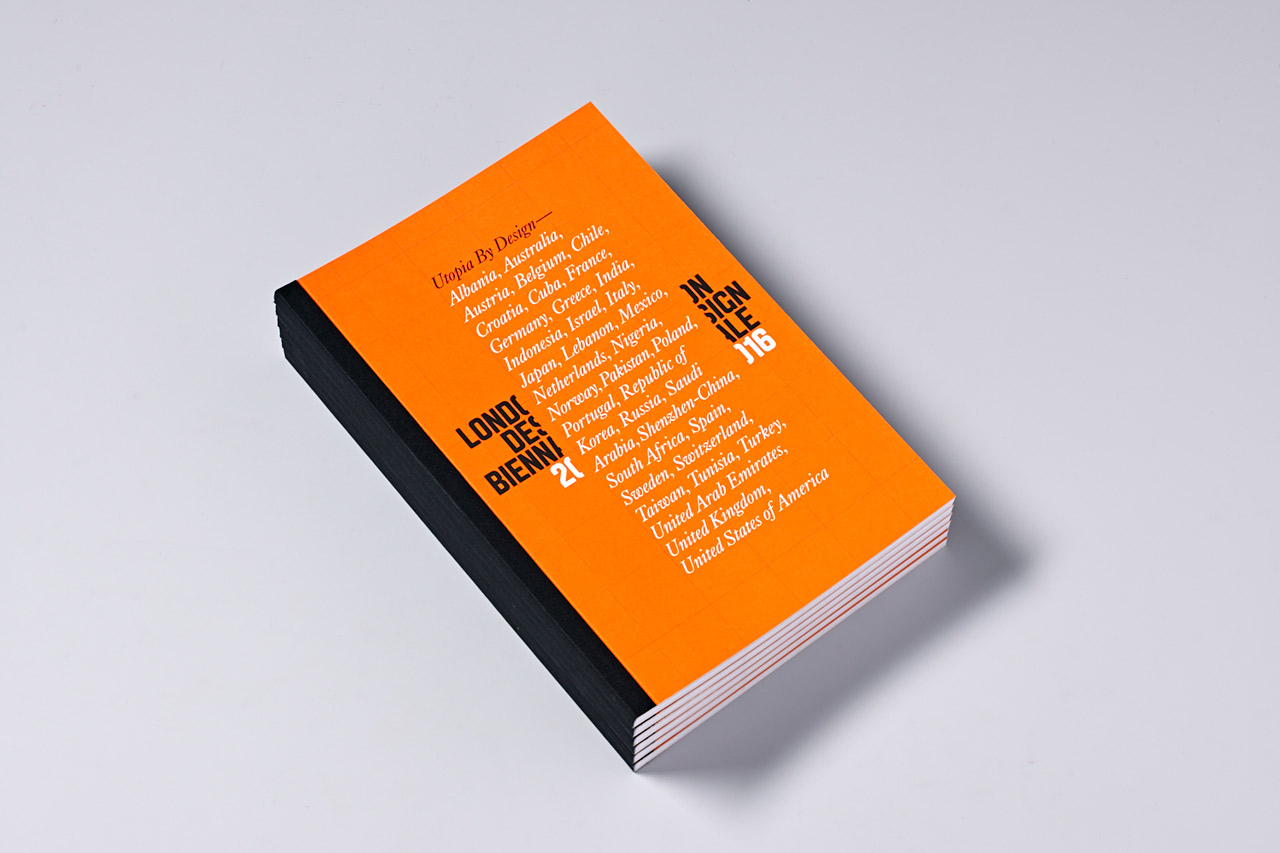 Type contrast effectively leverages some widely-held associations. The wordmark’s robust, uppercase and condensed letterforms, and the stencil-like split through the OSA0, draws on the industrial, while the serif makes a connection with legacy. Although this contrast is far from unfamiliar, in an aesthetic sense, it draws its strength from the intentions of the work on exhibition; practical and industrious solutions to modern problems, and the historical context of Sir Thomas More’s classic Utopia.

Typographical contrast is emphasised in the way copy punctuates or is framed by wordmark, and how this appears as a very literal interpretation of exhibition and its content. It also makes for a strong, consistent and identifiable visual marker. Across the front of the brochure, split across two pages or down the side of the website there is a variety in the way this is implemented, which keeps it interesting but touchpoints cohesive. 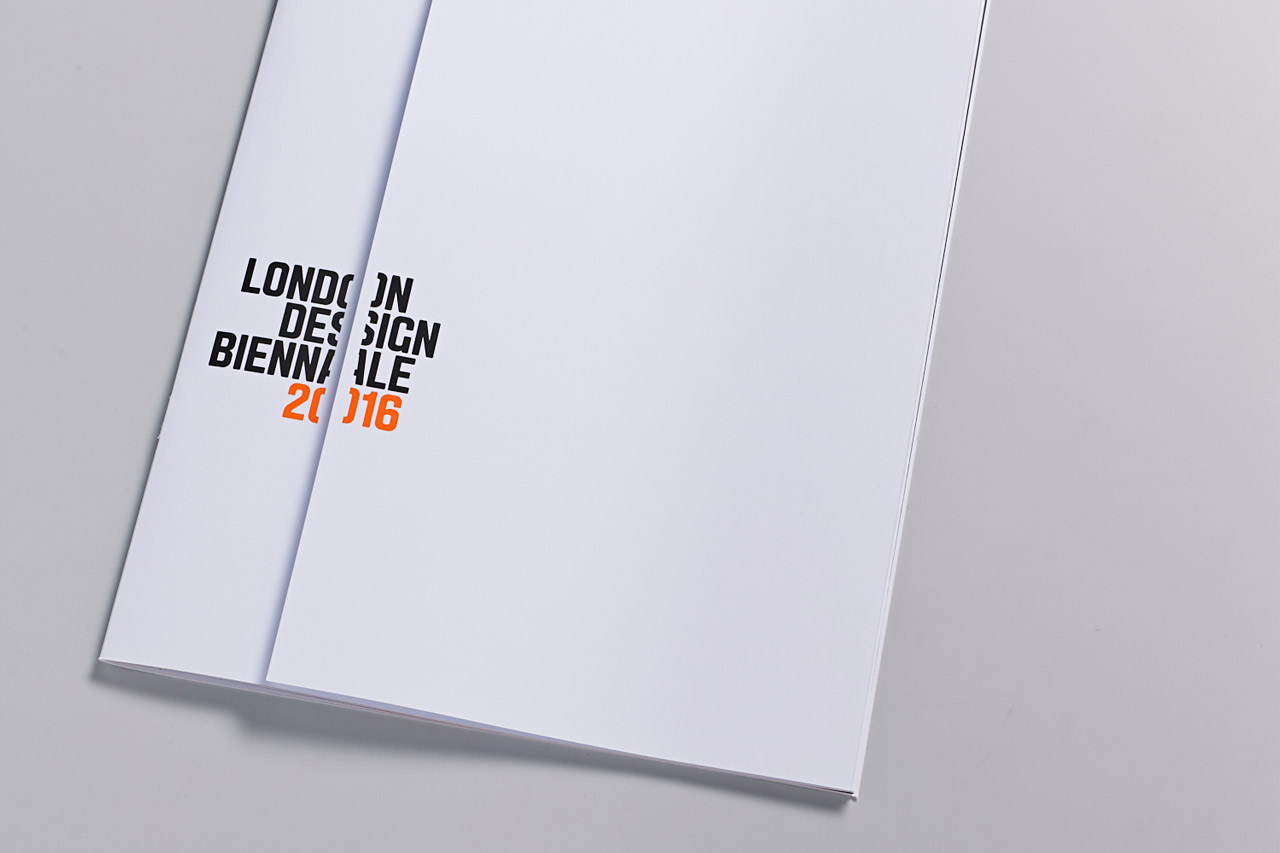 Colour palette feels like a good continuation of type, existing somewhere between the industrial and impactful, the warm and inviting. Other neat details include a clear and pleasant grid structure in print, a literal grid of lines, perhaps a detail too far, and the notepad-like spine and gluing of the brochure. These effectively touch upon a systematic approach to problems and an everyday accessibility and familiarity. More from Pentagram on BP&O. 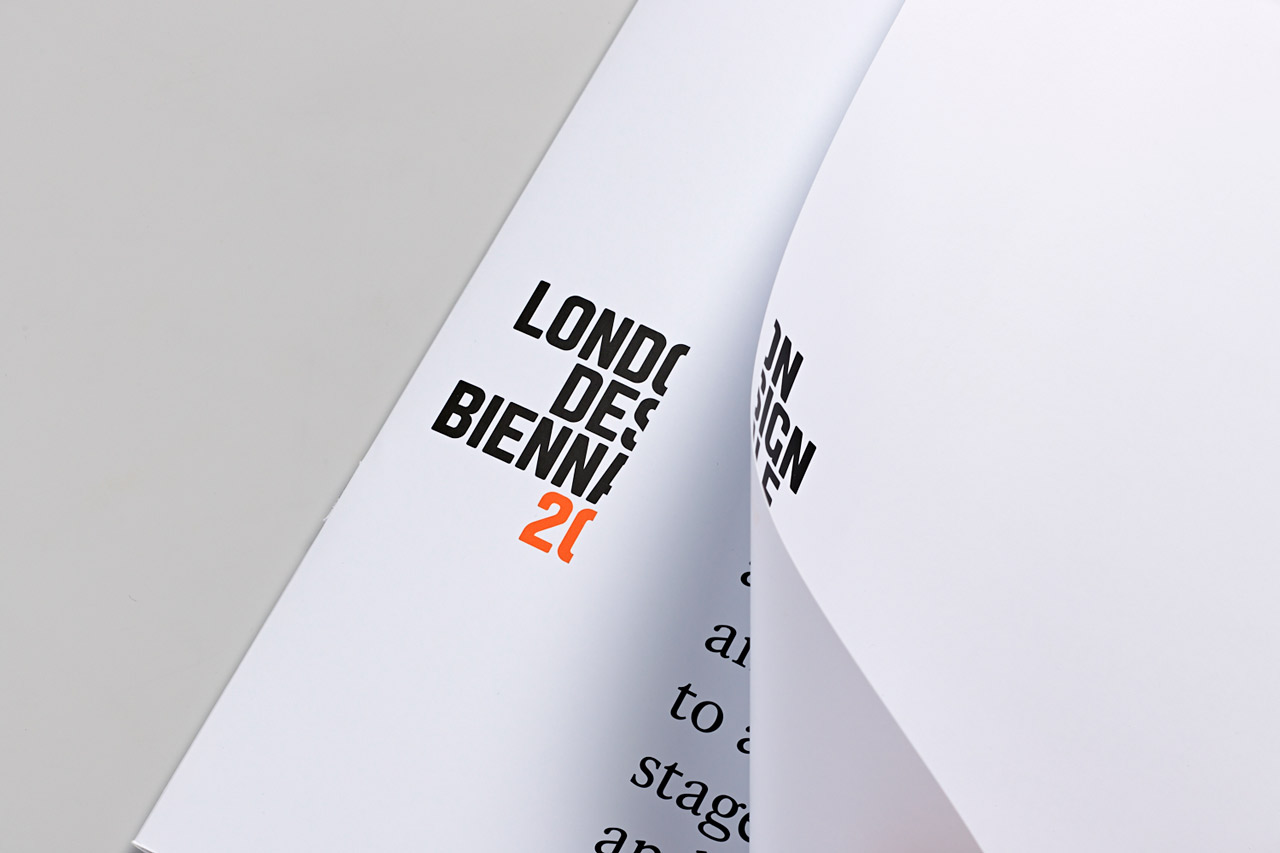 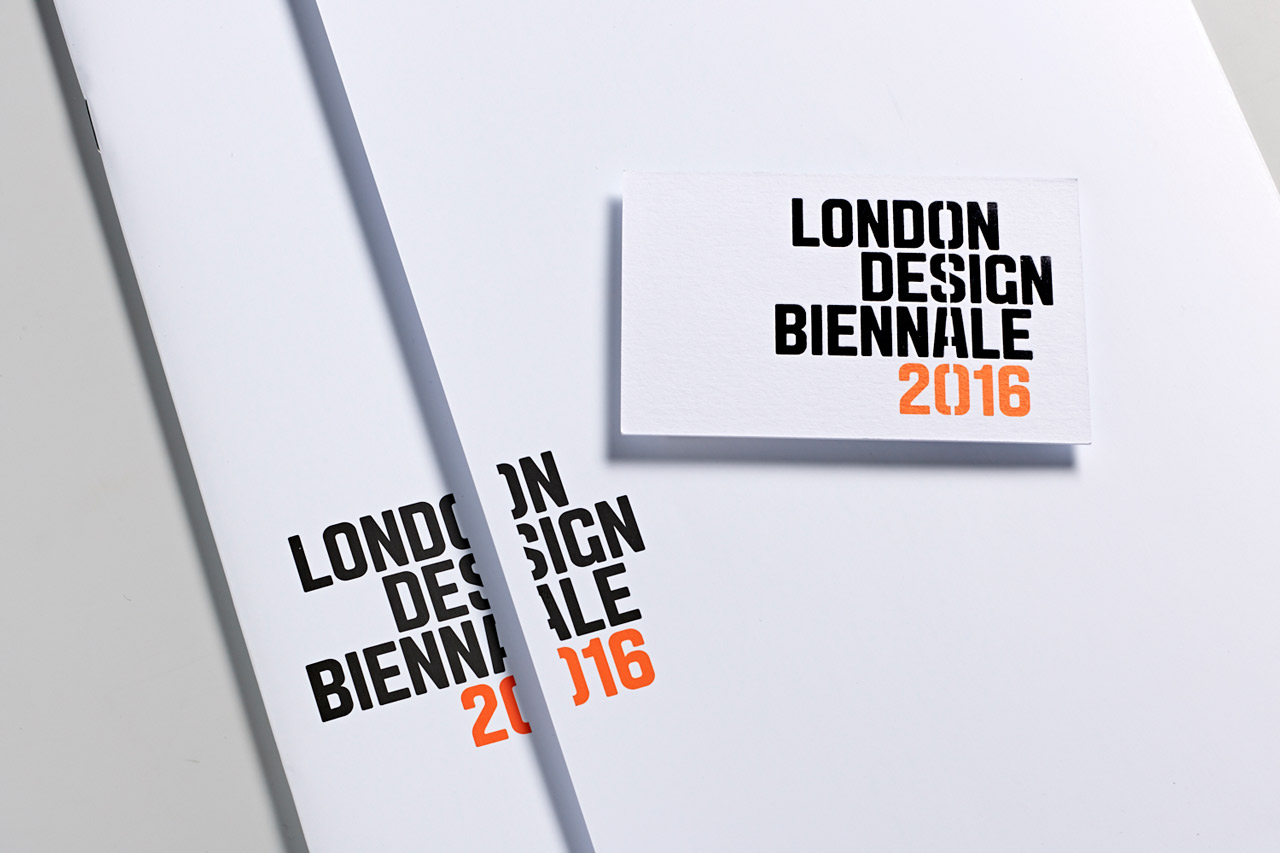 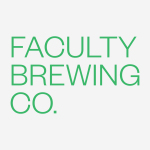 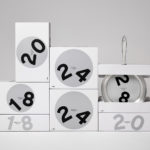 Mathias Dahlgren Edition by Essen International
Next
Get once weekly updates