Opinion by Richard Baird Posted 3 May 2018

Goldsmiths’ biannual alumni magazine Goldlink has been redesigned by Spy, the design studio behind the university’s graphic identity. The magazine is distributed to over 50,000 former students and staff nationally and internationally, and in the redesign, needed to strengthen the relationship with its readership and reflect Goldsmiths’ position as a creative force with a rich research and academic legacy. Spy’s approach develops and employs the bold graphic language of the university, built around Commercial Type’s Druk and a preference for eye-catching blocks of colour set alongside or filtered into emotive images.

Strategically, Goldlink is an interesting platform in which to develop the Goldsmiths’ graphic language. Where this began with a strong sense of play and visual variety in the choice of colour and the typographic extremes of Druk—emphasised in its typesetting and arrangement, and in conjunction with colour—Goldlink explores an alternative tone but clear continuity. The tone here is one of legacy, of social and cultural impact. It acknowledges an audience with different sensitivities, experiences and interests as those considering, entering or currently engaged with the university.

As the name implies, this is very much about maintaining a connection. Although staff and alumni have a shared educational and spacial background, time fosters divergent paths. Goldlink captures a spirit and voice of contest across time, a desire to help shape the outside world. This is a useful and universal unifier.

The colour palette and arrangement of type around the Goldmith’s identity system had a bright, cheerful and youthful immediacy. There was a creative play and energy at its heart, an expression of opportunity, experimentation and individual character. Spy manages to take these identifiable qualities, that immediacy and voice, and evolve it into something with a sense of legacy, ideal for an alumni magazine. This is of course helped by the histrionic and political content of archival imagery and those that are more current. It implies a continuum rather than getting lost in retrospection.

Although the Goldsmith’s identity is built from Druk’s entire font family, a preference for the condensed in this case helps to create both a continuity and difference. Solid blocks of fewer and less current colours and the proportionality of type delivers something of an immediate voice of contest. The visual language of union pickets, protest placards and the drama and provocation of newspaper headlines. Language plays to this visual strength. Battle and jubilant are good examples.

Layouts are varied. There is an underlying sense of an ongoing story in the sequencing of images, the placement of type, of the austere past and the convivial present, and the use of numbers but also in the intrinsic nature of a biannual magazine.

Colour, type, arrangement and space effectively coalesce to quickly set the tone of a particular article, while contrast functions to mark change. There is an evident grid system, yet often it breaks free from this, employing something of a collage effect. It moves between an informal journal or exhibition-like quality and a more familiar editorial layout. Again, this helps to set the tone of the article quickly, lending each either a retrospective archival authority, an on the ground first-hand authenticity, or amplifying the voice of a single contributor. More from Spy on BP&O. 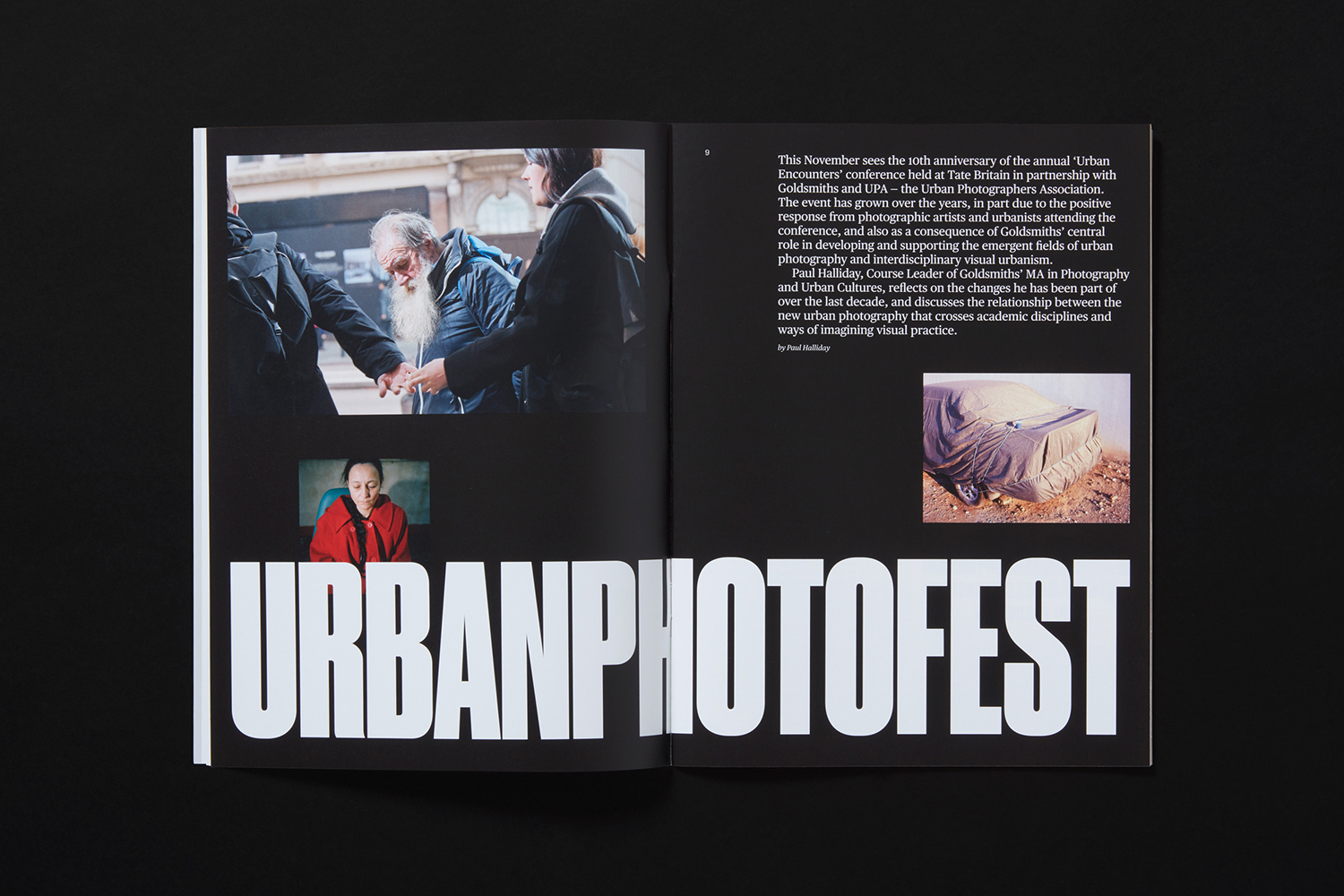 Studio Showcase: Blok
Next
Get once weekly updates